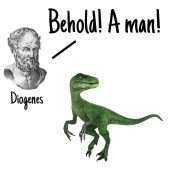 Idea by Britton CooperArt by Kristyn Pyke If you like our comics we think you’ll love the Fresh Air Podcast And for more LGBTQ+ content, check out Kristyn’s Facebook page Miss Trans Lation…

Communication is the cornerstone of any successful relationship. That relationship could be intimate, interactions with a colleague, a friendship, or dialogue with some random you meet on the internet.

Misunderstandings are inevitable. The same communication can also be the thing that destroys relationships. It is even easier to misenterpret what someone is saying

When talking with people online it is important to ensure that you communicate in a way that isn’t going to result in walls going up. Putting people in a defensive position is never conducive to a decent dialogue. Without the benefit of being in person and being able to understand the mode of someones speech, and take the cues from their tone of voice it is even more imperative we reduce ambiguity and use correct terminology.

If you were talking about a sports team you wouldn’t call the Red Sox the Red Jumpers and expect someone to know what you meant right? In fact if someone is passionate about the Red Sox, getting their name wrong might annoy them.

The same can be said for both religious and scientific terminology.

The Conflated and Misunderstood Terms series started with EVOLUTION.

It just so happened that Lord Cropes had a selection of memes that fitted the article.

If you are interested in reading more the article can be found in these sections:

Darwin, born in Shrewsbury, England, on February 12, 1809. In 1831, he embarked on a five-year survey voyage around the world on the HMS Beagle. His studies of specimens around the globe led him to formulate his theory of evolution and his views on the process of natural selection. What did Darwin Do? Darwin put forward one of the founding theories for Evolution. Our understanding of evolution has grown and as such the overall theory has evolved itself. Evolution happens, the…

Many years before humans grazed this earth the dinosaurs roamed the wild, king of the lands. A “Young Earth Creationist” or YEC will argue that dinosaurs were around with humans circa 6000 years ago. An “Old Earth Creationist” or OEC will be open to dinosaurs being around millions of years ago, but will likely state all creatures were created as is. That is to say, there is no evolution on a Macro scale.

The fossil record supports an old earth. Various dating methods support an old universe and old earth. DNA evidence supports Evolution. The idea is rejected because the creationist/fundamentalist feels it contradicts their belief and enters the wheel of circular logic.

Whilst we have some great articles that deal with these misconceptions, theists will likely not read them. They are far too locked in their wall of confirmation bias. Thankfully the awesome Lord Cropes has provided us, and indeed you, a beautiful gallery of images for fast rebuttal to common statements we hear.

Why would feathers evolve on animals that don’t fly?

Which came first, the chicken or the egg?

Frog to a prince

As with the previous Cropes CCM gallery, feel free to download and use these in debates. Make sure you give him a shout out on twitter too and let him know you like his work!

Please note, the last two images are not Cropes memes. The dinosaur one is from a creationist website, and the skulls is an example of transitional fossils.

A few articles that may be of interest you after reading this one:

Apes, monkeys, primates. Our distant family. Our ancestors. Human DNA proves our common ancestry with modern apes and monkeys, yet creationists refuse to admit the link. Below are some memes created by Lord Cropes to answer their common questions and misconceptions. He’s definitely worth of follow on twitter if you are not already following him too.

When did a monkey give birth to a human?

You don’t know what monkeys evolved from!

If we evolved from monkeys, why are there still monkeys?

Humans are not apes!

If we evolved from apes, why are there still apes?

Lucy was a chimp

These memes are completely free to use. You can either link to them on our site or download them for use in your own repertoire.

For more info read: Why do Christians and Muslims Reject Evolution?

And: The Evolution of Evolution

Hope you have enjoyed the memes, there will be many more as we have the full Cropes archive at our disposal! 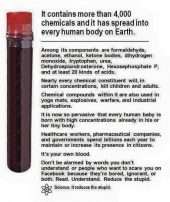 Following on from my vaccination articles I felt it would be good to start a selection of memes I have used in my articles and have seen around the web. None of the memes seen in this article have been created by AIR. Most have infact come from: https://www.facebook.com/RtAVM/