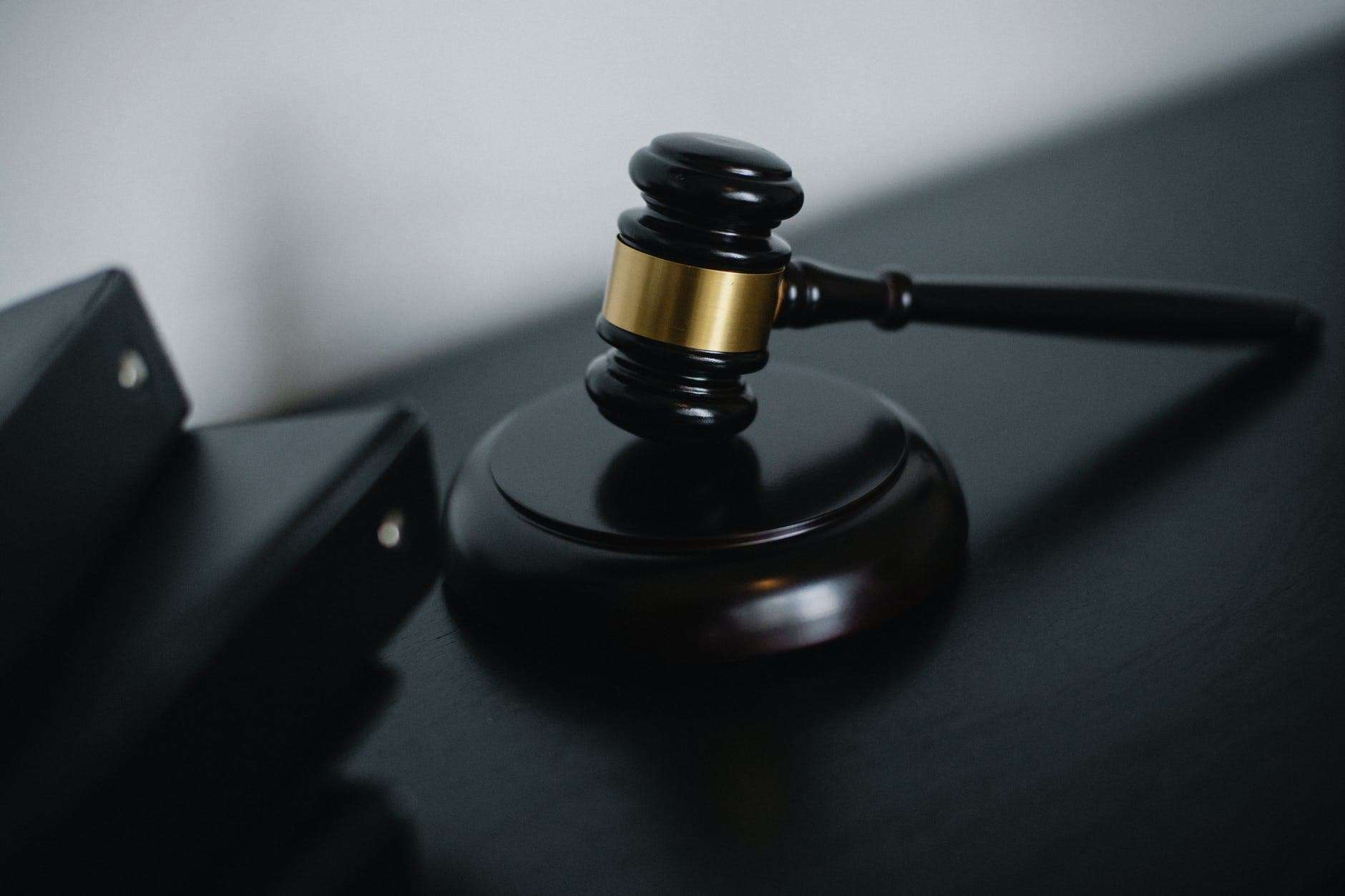 The community requested me to make an analysis of the deposition of Kyle R. Curtis in regards to the civil lawsuit between Mr. Curtis and Steven McRae. Previously, I have done a similar breakdown on court documents filed by Mr. Curtis on Twitter. However, as the deposition is rather lengthy, a breakdown of this on Twitter would make it possibly very difficult to follow with a maximum of 280 characters per Tweet. Upon request, I was generously permitted to make this guest post so it would be easier to structure and follow the breakdown.

Before I get to the analysis of the deposition, I would like to give a ‘brief’ summary of the court proceedings of McRae v. Curtis (19-CVS-8163). And my apologies if it is getting a bit technical. Judicial matters are often rather complex. Throughout the post, I will refer to direct Electronic Court Filings (ECF) which can be accessed within the United States through the following website and searching for either “Curtis” or “McRae”: https://ncbc.nccourts.org/public/.

The two people involved in the court case were co-owners of a YouTube channel called The NonSequitur Show, or NSS for short. The purpose of this show was that anything could be discussed, and opinions were sacred. The channel was created in the winter of 2017-2018, with the first episode airing on YouTube on February 18th, 2018. Eventually, the show attracted well-known people such as Aron Ra, Matt Dillahunty, and Landon Curt Noll. It appeared to run well, and saw a steady increase in popularity. At its peak, the revenue was around several thousand dollars a month. This was to be split between Mr. Curtis and Mr. McRae. And this is where we get to the start of the breakup.

On June 11th 2019, Mr. McRae confronted Mr. Curtis with several issues. He had been requesting the financial records on several occasions over several months, and yet had not received it nor received any significant income from the shows revenue streams. Additionally, in the several months preceding the confrontation, he had noticed he was being scheduled less and less for the show, despite his efforts to bring in guests and topics for the show. In this confrontation, Reds Rhetoric, a regular on the show, acted as a mediator between Mr. Curtis and Mr. McRae. The whole confrontation was recorded and can be watched here: https://www.youtube.com/watch?v=Ghsch7_cqEQ.

During this confrontation, Mr. Curtis was given multiple opportunities to have the situation resolved amicably. Unfortunately, he declined and told Mr. McRae to sue him. And so, Mr. McRae did.

On August 23rd 2019, Mr. McRae filed with the North Carolina Business Court and the case was assigned to Judge Gale. On the same day, service of papers were sent to the Last Known Address at the time. These were signed by Mr. Curtis’ mother on August 30th at that same address. According to Rule 4 of the North Carolina Civil Rules of Proceedings, this raises the Presumption of Service. To elaborate, Rule 4 governs the regulations regarding the Service of Process. These rules must be abided for service to be deemed proper. Mr. McRae filed according to Rule 4(1)(c): “By mailing a copy of the summons and of the complaint, registered or certified mail, return receipt requested, addressed to the party to be served, and delivering to the addressee.”.

Upon receiving the return receipt and filing that with the court (ECF 7), the Presumption of Service is raised according to Rule 4(j2)(2): “… with delivery receipt, the serving party shall file an affidavit with the court showing proof of such service in accordance with the requirements … delivery receipt, signed by the person who received the mail or delivery if not the addressee raises a presumption that the person who received the mail or delivery and signed the receipt was an agent of the addressee …”. Therefore, the burden is now onto Mr. Curtis to rebut the Presumption of Service or to respond to the lawsuit. He did neither, despite clearly being aware of the proceedings. In several online discussions, which were recorded, Mr. Curtis had talked about the case and allegedly received the original papers that he was served.

As Mr. Curtis did not appear before the court with any filings whatsoever, the court had notified Mr. Curtis with the intent to enter a default judgement of the proceedings in the case Mr. Curtis did not respond (ECF 16). Absent Mr. Curtis’ response, the court ordered the Entry of Partial Judgement by Default (ECF 17). With this order, Mr. Curtis is required to hand over administrative control and primary ownership rights of the NSS podcast, YouTube Channel, and other accounts associated with the NSS.  Mr. Curtis is required to handover all financial documents associated with the NSS financial affairs and financial condition. Additionally, as a result of the Default Judgement, Mr. Curtis has been found liable for breach of contract, fraud, conversion, breach of fiduciary duty, and unfair and deceptive trade practices. Consequently, Mr. McRae was entitled to 50% of the NSS proceeds prior to his removal of the NSS, with additional treble damages.

Initially, Mr. Curtis attempted to comply by filing a document that is purported to be the financials as ordered by the court (ECF 18). It is my opinion that this document is woefully incomplete and is not to the standard one would expect a business to record their financials. This document has been dismissed by Mr. McRae as the purported financial documents are unsupported summaries (ECF 22).

In his initial Motion to Set Aside (ECF 19/20), Mr. Curtis filed several documents that purportedly show his address being elsewhere. These documents pertain to alleged ‘Discover’ bank statements from August and November 2019. Additionally, Mr. Curtis filed a purported rental agreement with a certain Mr. Potts, his boyfriend at the time. Furthermore, a declaration purported to be from Mr. Potts where it was stated that Mr. Curtis allegedly lived at the other address. The documents I have mentioned here would later become quite important to the case.

Thus far, Mr. Curtis was proceeding pro se (on his own). This changed on July 9th when the council for Mr. Curtis appeared before the court. Mr. Curtis’ lawyer has refiled and amended the Motion to Set Aside (ECF 30-31). The main argument, however, remained the same: the service was improper because it was not sent to his alleged residence. With those filings, Mr. Curtis also filed the aforementioned Discover bank statements and the signed documents. Henceforth, there was a little back and forth where both parties filed affidavits laying out their arguments. It wasn’t until August 24th where Mr. Curtis had changed his argument from service at the wrong address, to never having received the papers at all (ECF 33.1).

Shortly after that filing, the Judge ordered a hearing to appear (ECF 34). Initially, this was to happen on September 11th, however further recent filings by Mr. McRae gave significant indications that several documentations filed by Mr. Curtis had been altered prior to filing with the court (ECF 38-40). This came to light as Mr. Potts had reached out to Mr. McRae on September 6th.

During their chat, it became clear that Mr. Potts had never signed any of the documents that Mr. Curtis had filed with the court. This means that the rental agreement as well as the declaration are both claimed to be forgeries. As a result of that, the other documents were also checked, and it came to light that the Discover statements were also altered, among other documents. This resulted in the hearing to be postponed by several days, giving Mr. Curtis the time to respond to the allegations made and to give the court time to verify some of the assertions made by Mr. McRae. Here Mr. Curtis did file a response (ECF 44) in which new evidence was presented.

During the hearing, it became clear that the initial argument was not sufficient to rebut the Presumption of Service. The Judge had pointed out that even if Mr. Curtis had lived at the other address if he was given the papers by his mother in time then service would’ve been proper. Mr. Curtis’ lawyer agreed. Though, due to the August 24th filing by Mr. Curtis, the Judge was in a quandary as not having obtained the papers in time would suffice to rebut the Presumption. However, already early on Mr. McRae had filed several recordings in which Mr. Curtis was talking about the case and had made several references to “the original papers he was served”. This created diametrically opposing statements between Mr. Curtis and Mr. McRae.

It was not the only diametrically opposing statements. Mr. Potts had given a declaration stating that the documentation with his signature were false, and that it was not his signature. This also created a dichotomy. Therefore, the Judge had requested for the deposition of both Mr. Potts and Mr. Curtis in regards to the Service. It essentially became a determination of credibility as someone had to be lying to the court. A transcript of the hearing can be heard here:  https://www.youtube.com/watch?v=M4FMciWVlX4.

And so, now we get to the depositions. The most interesting of the two depositions is the one with Mr. Curtis. This will be highlighted on a separate page.

In case anyone wants to catch up with most of what has been said publicly about the court case, Cheshire Viq has made a publicly accessible spreadsheet where most of the information can be found: https://docs.google.com/spreadsheets/d/1M4C8S-xRKnVeWN5dpIHmebhDJEtqRlZ7oshr1sdt0rM/.

Additionally, as I referred to earlier, all the publicly available court records can be accessed at the court’s website: https://ncbc.nccourts.org/public/ and search for either “Curtis” or “McRae” and you should find it. The case identification number is 19-CVS-8163.

If there are any questions or comments. You can either comment below or reach me on my Twitter: @IntriguedFeline.