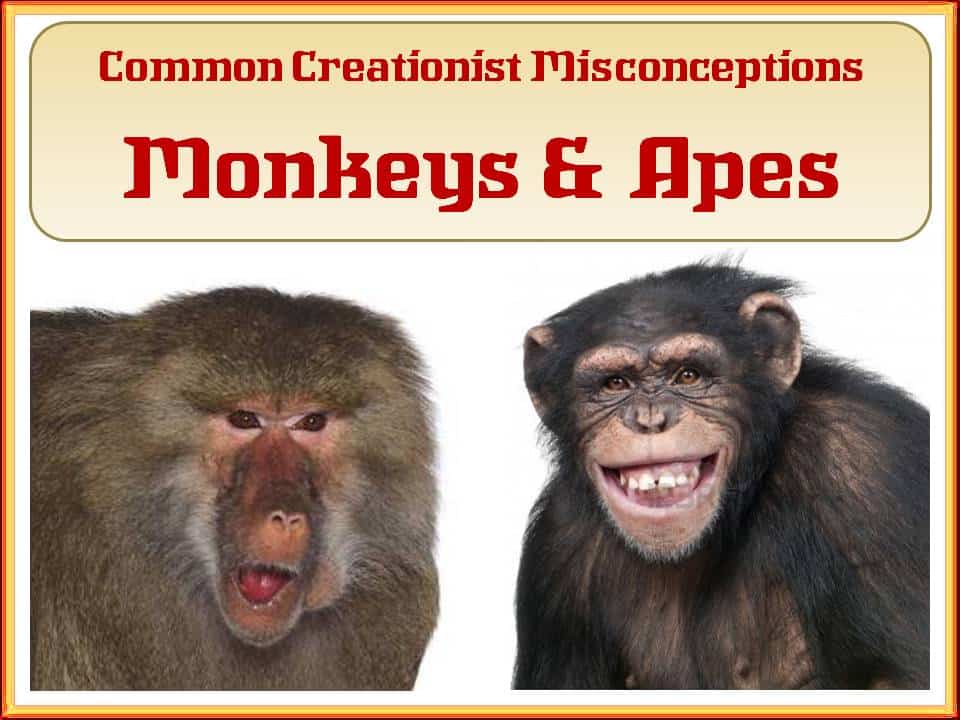 Apes, monkeys, primates. Our distant family. Our ancestors. Human DNA proves our common ancestry with modern apes and monkeys, yet creationists refuse to admit the link. Below are some memes created by Lord Cropes to answer their common questions and misconceptions. He’s definitely worth of follow on twitter if you are not already following him too.

When did a monkey give birth to a human?

You don’t know what monkeys evolved from!

If we evolved from monkeys, why are there still monkeys?

Humans are not apes!

If we evolved from apes, why are there still apes?

Lucy was a chimp

These memes are completely free to use. You can either link to them on our site or download them for use in your own repertoire.

For more info read: Why do Christians and Muslims Reject Evolution?

And: The Evolution of Evolution

Hope you have enjoyed the memes, there will be many more as we have the full Cropes archive at our disposal!