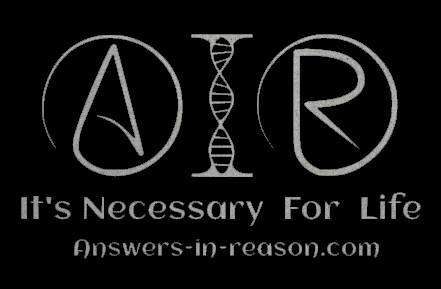 Whilst we would love for you to spend all your time on our site, we think it is important you familiarise yourself with a wide variety of material.

We will be continuously updating this section so it is work checking back periodically.

Philosophy is more important than folks realise. Whether you’re a sceptic, an atheist, hold beliefs, are discussing morality or pretty much anything you can think of, these are all philosophical concepts. It would do folks well to learn of their origins, and take a normative, logical approach to their debate.

The Stanford Encyclopedia of Philosophy organizes scholars from around the world in philosophy and related disciplines to create and maintain an up-to-date reference work.

The purpose of the IEP is to provide detailed, scholarly, peer-reviewed information on key topics and philosophers in all areas of academic philosophy. The Encyclopedia’s articles are written with the intention that most of the article can be understood by advanced undergraduates majoring in philosophy and by other scholars who are not working in the field covered by that article. The IEP articles are written by experts but not for experts in analogy to the way the Scientific American magazine is written by scientific experts but not primarily for scientific experts.

Whilst these resources are predominantly reading material they are not exclusive of it and you may find that there is also some videos and podcasts available.

If you have questions about science, technology, the future, scepticism, or just need some brain fodder, this could be the page for you.

Biography
Ben Davis earned his Ph.D. in Nuclear Physics and his M.S. in Nuclear Astrophysics from the University of Notre Dame. He then taught at the college level for several years on a number of technical subjects ranging from computer programming to mathematics to, of course, astronomy and physics. In the late nineties he took up a career in software development and also did a stint as an industrial controls engineer. He now works in the biometrics industry and homeland security. As a lifelong fan of science fiction, his main avocations now involve learning from history, but looking to the future (futurism and skepticism)

The mission of the Richard Dawkins Foundation is to promote scientific literacy and a secular worldview. Some might see this as two distinct missions:

1) Teaching the value of science, and
2) Advancing secularism.

Off the Chain Atheists

Off the Chain Atheist is a page/group for those who rejoice in breaking free of the shackles of their religion. There are a number of different projects, from atheist apparel and discussion groups, to memes and charity work, all available via the link-tree below.

The mission of the Committee for Skeptical Inquiry is to promote scientific inquiry, critical investigation, and the use of reason in examining controversial and extraordinary claims.

Whilst these resources are predominantly viewing and listening material they are not exclusive of it and you may find that there also articles to read.

The Atheist Experience is a weekly Internet television show based in Austin, Texas geared at a non-atheist audience. Every week we field live calls from atheists and believers alike, and you never know what you’re going to get! Sometimes it can get quite feisty indeed! You don’t want to miss it.”

Dragons in Genesis is a comparative mythology series that focuses on bible stories.

Memes can be both a good and bad way to communicate. They are a simple bullet point of information, although are often inaccurate.. or worse, spelt incorrectly!!!!
Below is a collection of pages that seem to post good memes!

Refutations to Anti-Vaccine Memes: exposing the truth of the anti vaccine movement lies through memes.

(Unrelated to the topic of the site, but some are other projects of the Site Creators and Contributors)

www.nexusradio.co.uk – An independent DJ that uploads free mixes for you to listen to.

www.cf-swindon.com – A small charity that is dedicated to raising money for the Cystic Fibrosis Department at the Great Western Hospital, Swindon, England.

Short Pixel Image Optimiser: https://shortpixel.com/free-sign-up-referrer/referrer/166289 – a great way to optimise images for use on the web, many different types, fantastic bit of kit, and if you lose my link we both get 100 bonus images