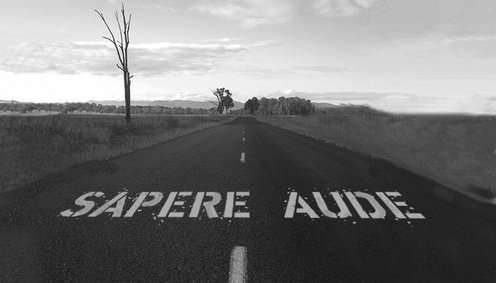 A wander through the many Facebook groups, YouTube videos, and Twitter tweeters with atheism as their central subject matter will see many atheists and sceptics making the claim of being rational.  One could also look at the ‘memeosphere’ centred around atheism and scepticism to see images making claims like ‘I am a sceptic/atheist because I am rational’, and other similar memes.  What does it mean to be rational though?  That is a rather large question, and involves many questions about practical and theoretical reason, logic, and much more.  The body of literature and discussion around this topic is huge, and can often be quite dense (a bit like myself on many occasions).  So, rather than attempting to discuss the entire body of literature and arguments within it, this article will focus on a particular element of what it means to be rational; for reasons I will give shortly.  The particular element of what it means to be rational that we will focus on here is the idea of coherence and consistency.  What do we mean by ‘coherence and consistency’?

This can done using the law of non-contradiction, something as simple as the idea that A cannot be both B and not-B at the same time.  Contradictory propositions cannot be true at the same time in the same sense.  For example, I cannot both exist and not exist at the same time, or I cannot be homo sapiens and not homo sapiens at the same time.  Things can, of course, be made up of various qualities and attributes, but things cannot both have a particular attribute or quality and not have that particular attribute or quality at the same time.  So, if we believe that A is both B and not-B at the same time then we hold what is, essentially, an incoherent or inconsistent belief.  Now, there is nothing that says we cannot hold incoherent and inconsistent beliefs of course.  It is entirely psychologically possible to believe contradictory propositions, and many people do believe contradictory propositions; cognitive dissonance describes this very psychological state.  However, if one is to claim themselves to be rational, and one wants to behave in a manner that is in accordance with the rules of logic, then we should be doing all we can to eliminate these instances of contradiction from our beliefs, thoughts, and knowledge.  What good reason is there to do this?

One simple answer to this is that if it is our desire to believe as many true things as possible, and to be as logically consistent as possible, then holding on to contradictory beliefs means that we are going against both of these things.  In the case of a contradictory belief, at least one of those beliefs will be incorrect.  So, by actively paying attention to where our beliefs are held in a contradictory fashion, and examining both of those beliefs to find which one is consistent and coherent with our other beliefs, or consistent and coherent in and of itself, we come closer to believing as many true things as possible; as well as getting closer to our goal of being as rational as possible.  Another good reason to do our best to ensure that our beliefs are coherent and consistent, and not contradictory, is that anything we believe based off of those contradictions has more probability of being wrong, and any arguments we make based off of those contradictions has a higher probability of being defeated.  It is epistemologically unsound to base arguments off of contradictory beliefs.  There are many other reasons why we should be doing our best to remove ourselves of contradictory beliefs if we want to call ourselves rational, of course, but these are a reasonable starting point for why we should be checking our own beliefs for contradictions, or at the very least paying attention for contradictions during discussions about our beliefs.  Of all the things to do with reasonable and rational beliefs, why focus on contradictions here?

Well, that is a pretty easy question to answer.  The answer is because it is easy.  Paying attention to where our beliefs may contradict is one of the simplest tasks when it comes to ensuring that our beliefs are rational, coherent, and consistent.  We must be mindful while exploring and discussing our beliefs, of course.  We must also be willing to listen to others that may point out where our beliefs are incoherent and inconsistent too.  However, ridding ourselves of contradictory beliefs is one of the easiest steps towards rationality, much easier than doing a course on logic at any rate.  If we are mindful, rather than guarded, of our own beliefs, then it is easier to spot a contradiction than it is to spot fallacious reasoning.  Inconsistent and contradictory beliefs are much more in the open than fallacious reasoning is, and therefore much easier to spot.  Again, so long as we are mindful rather than guarded when it comes to what we believe, and so long as our ego is kept in check too of course.  The belief that we are rational and therefore all of our beliefs are rational because of our rationality is a dangerous, but common, one.

Combing through our beliefs, or being mindful of contradictions during discussion, and then altering our beliefs when we notice contradictions and inconsistencies will also help us organise our beliefs into a more rational structure much more quickly too.  With practice, and mindfulness, it may also help us when we adopt new beliefs.  If we are mindful of those new beliefs, and how they interact with previously held beliefs, we become less likely to bring in new contradictory beliefs; and through this become less likely to bring in new false beliefs.  Assuming that we have already done our best to only hold as many true beliefs as possible to begin with that is.  Of course, all of this is predicated on the idea that we do want to hold as many true beliefs as possible, and that we do want to be as rational as possible.  These appear to be two very common claims from within the atheist community though, and so we should be charitable and accept that those claims are made honestly by the claimants.  There is little doubt that there are those among us for whom the claims are more important than the practice, but the principle of charity should be applied here, and we should hope that the vast majority of those making the claim also desire the practice.  So, what can be suggested here?

As already suggested, being mindful during discussion is crucial.  Paying attention to the argument we are currently making, or the belief that we are currently discussing, and considering whether it conflicts with previous arguments or discussions is a good start.  We could also begin to privately examine our beliefs for contradictions, and examine their consistency and coherence.  We could also pay attention to why we are arguing against a particular point in any discussion or argument.  Which brings us to another good practice, understanding where our beliefs and ideas have come from; and doing so honestly.  Has our belief simply been picked up from some discussion group, or YouTube video, and accepted as true without any real critical evaluation, or without any real test against what we already believe?  How many of our beliefs have we accepted simply because they have come from someone we have considered an authority in whatever group we belong to, or that we have accepted simply because it feels right, or because it is the opposite of what one of our out-groups believes?  Or simply because it comes from our in-group?

There is much good practice that can be done to check our beliefs for contradictions, incoherence, and inconsistency.  It is also good practice to do so.  Of course, as previously stated, we must also have an acceptance that it is highly possible that we do hold contradictory beliefs, and that our own self-narrative may be getting in the way of us accepting that we do hold contradictory beliefs.  When it comes to being rational, we are often our own worst enemy, as something like the Dunning-Kruger shows.  The first step is always the hardest to take, and often the one we most avoid.  We may convince ourselves that there is no need for us to do so, after all, we are sceptics and atheists, therefore we are rational.  We would all be theists if we were irrational.  However, we may also surprise ourselves if we begin looking at our own beliefs, and checking them for consistency, and coherence, and contradiction.  Why we have accepted some of those beliefs may also surprise.  Self-reflection may reveal much that is hidden from us, because self-reflection is something that we often forget to do.  Of course, there is nothing that states that we have to do these things, we are perfectly free to go on believing false things about ourselves, and believing contradictory things.  It is part of our psychological makeup after all.  However, if we truly want rationality to be more than simply a claim about ourselves, one more false narrative that we tell ourselves, then perhaps we owe it to ourselves to do a little honest self-reflection about our beliefs, and claims we make about ourselves.