Different Types of Not Believing & The Law of Excluded Middle 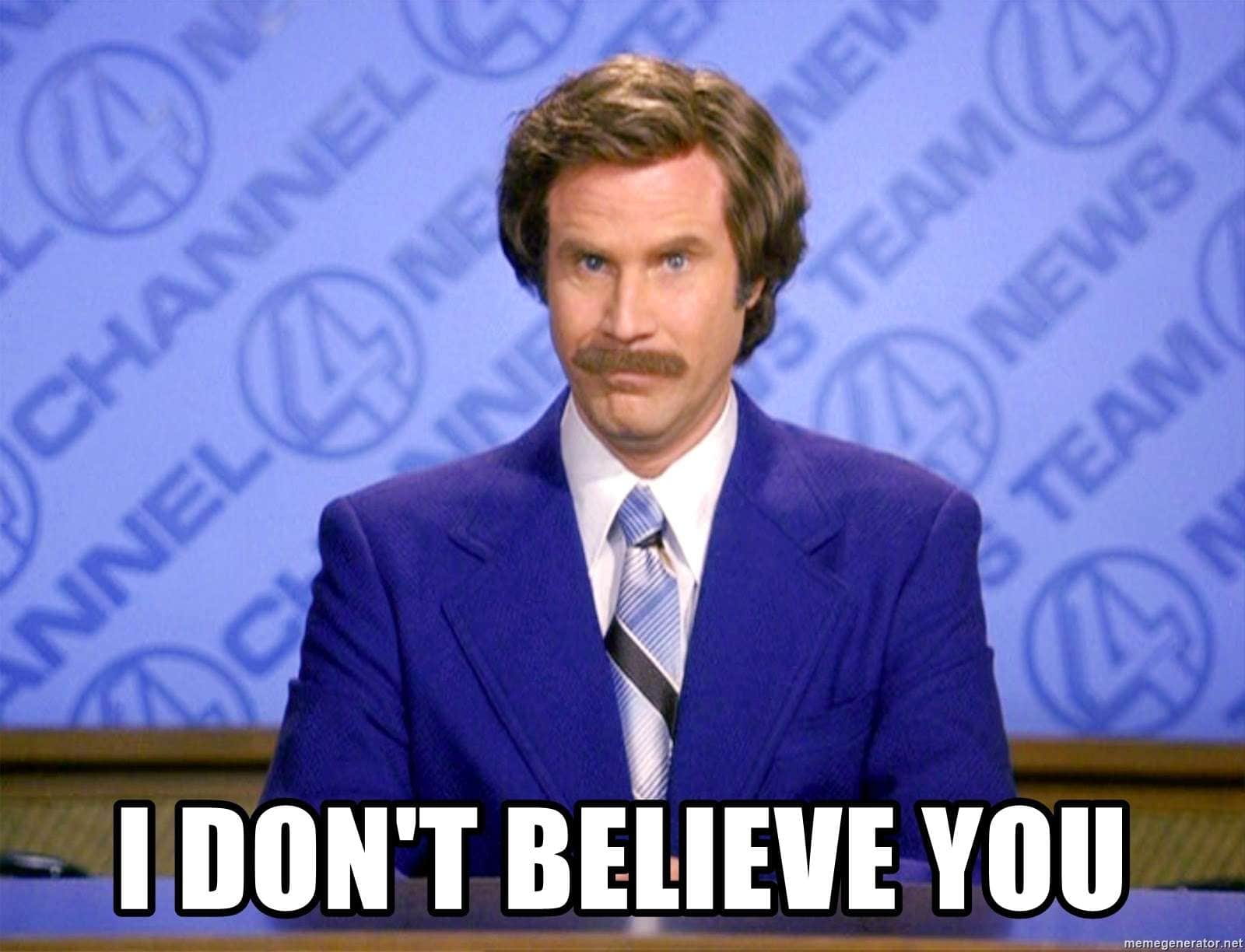 There are some people who like to oversimplify not believing a proposition. They will say things like “You either do believe or you don’t believe, there is no third option!”

On the surface, this statement is correct. The problem is, it doesn’t actually fully capture the type of not believing. This is why conflations of suspending judgment and disbelief seem to appear, and other claims like, “atheism is the default position” or the dreaded “rocks are atheist” debacle.

So, please understand I do accept someone either does or does not believe a proposition, but there is a bit more to it than that.

When you are discussing a proposition the law of excluded middle, and the law of non-contradiction, is applied to the proposition itself rather than your attitude.

A proposition is a truth-apt bivalent statement. It is something that can only be TRUE or FALSE, or in binary, we would represent this as 1 or 0. In propositional logic, this would be p v ¬p (p or not p).

This is represented in binary below:

So we see that the law of excluded middle is what is applied to the PROPOSITION and not ATTITUDE (belief).

Of course, if we phrased each attitude as a proposition, then the law of excluded middle applies again. This is what I think people get confused about. They see each propositional attitude (belief position) as its own proposition.

They will turn the belief position into a proposition like ‘it is True that you believe a)‘ therefore this becomes a proposition with a true and false outcome where you either do or don’t believe.

Types of non-belief or not believing

If you don’t hold to a) this could be because you have considered the proposition and either be uncertain if you think it is true or false, c), or believe it to be false, and therefore don’t believe it is true, b).

However, there are other judgements you might back that lead you into a similar position as c) that would not be regarded as suspending judgement.

Other attitudes could be described this way though, and be confused with suspending judgement.

We then have the attitudes of folks that have never heard of the proposition. The other positions, up till now, are at least someone’s response in regards to the proposition even if not a direct answer. There is some related brain activity involved.

There are also folks that lack the mental abilities to consider propositions or hold attitudes in regards to them. Whether this is due to them having brain damage, or because they are babies is irrelevant. The fact is, they do not believe the proposition true or false, but even if the proposition was presented to them would not be able to understand it. In this regard, they are also innocent of the proposition, especially in the case of the baby whose brain has yet to develop.

As you can see, there are many types of not believing and whilst some look logically the same as the suspense of judgement position; when you consider the psychology of them, are not the same thing.

Even if you consider the suspense of judgement to be the weak atheist position instead of the agnostic position, we can see that this still does not make atheism (or weak atheism) to be the default state for life or even humans.

The default state is innocence. A complete absence of a position on the topic. No label should be assigned, especially not an -IST for to be an -IST you have to active ascribe to an -ISM. This is one of many Problems with ‘Atheism is the Default Position’ arguments

Confusing the Law of Excluded Middle

What do I mean by this?

Consider how some turn the belief position into a proposition and say you either believe or you don’t, others will be aware of the other belief positions and therefore say the excluded middle doesn’t work because there are more than 2 options. This, of course, is a misunderstanding of what a proposition is and how the rules of logic work.

We can see this happening on defineatheism.com/logic/ where the example of a traffic light is given saying that the law of excluded middle doesn’t work because the options are not green or red, amber is evidence of a middle that is not excluded.

The problem with this is, each light is its own proposition.

Therefore it doesn’t actually show that the law of excluded middle doesn’t always work, it shows that the author of the article doesn’t really understand the rules of logic (which you can tell from reading the entire article).

Anyway, you can see how people can oversimplify or misunderstand both not believing and the law of excluded middle which can lead to absurd statements and bad logic, all the while projecting their absurdities and ignorance onto you.

It’s like they say, a little knowledge can be a dangerous thing, and in both examples, I believe that this is the case although thankfully it is not likely to cause a massive impact in the world, and to anyone that does understand the rules of logic or some really basic epistemology will see that they are making fools of themselves.

Language and logic are both complex and nuanced, so it is not surprising folks get confused, especially when so many words are polysemous, and some folks are in favour of usage that is so broad it makes them either absurd or useless.

I also promote the use of clear and concise language, though I do take in mind that people tend to be broad and/or vague with their language. Even though terms like lack of belief and don’t believe can be used synonymously I see a notable difference between the two, with one describing an active response to a proposition and the other just an absence of a mental state.

For more information on that, please check: What is the Difference Between Does Not Believe and Lack of Belief?

Hopefully, this has at least highlighted how not all types of non-belief are the same, and how people get both the rules of logic and propositions confused.

Below is a list of articles that tie into logic and belief, I am adding to it all the time, so let me know if you have any other suggestions too!