The Burden of Proof – Belief vs Claim – Court Room Analogy

I’ve had the “Burden of Proof” discussion many times recently, and a lot of it comes down to semantic issues with definitions of claim & belief, as well as the logic around propositions.

I wrote “Do we atheists have a Burden of Proof?” but feel that perhaps I didn’t quite fulfil my burden in explaining it well enough and what the burden on a belief position is in comparison to a claim.

As such, I thought about a different way to explain things. I considered a courtroom, how it operates, the claims made etc. It gave me what I felt was a great way to explain the difference between claims, beliefs, and the burden of proof on them both. Hopefully, I have been clear but please feel free to come back to me if anything is unclear.

But first I have to define a few words.

That which is in accordance with reality. A fact.

A claim is something you are asserting IS true, essentially saying this is a FACT.

Something accepted as true, you think most probable, a positive attitude towards a proposition (or claim).

You are not saying it IS a fact, just that you think it could be.

No… at least not exactly. The only claim you are making is that it is your current mental state reflects that. It is your attitude towards the claim/proposition.

“Gods do not exist” is asserting this as a fact. Of course, I would still believe this as well, it would be inconsistent of me to assert something was true that I didn’t believe. It would be like saying “I am human, but I don’t believe I am human”

Of course, if you are 100% certain about your belief, then you are effectively making a claim it is factual. What I am trying to explain is you can’t instantly assume someone who believes something is saying so with 100% certainty.

The information or facts indicating towards a conclusion.

Conclusive evidence that proves something is true.

Proof is conclusive
Evidence is indicative
If the evidence is shown to be valid and true, it becomes conclusive and therefore is proof.

A statement or assertion that expresses a judgement or opinion.
(So in a way, when you assert a claim, you are forming a proposition)

So now we have some basic terminology set here let’s imagine a court case. This is a crude and simplistic representation of a court case to assist by drawing a metaphor. As such we are not getting deep into the legal process, and are keeping things relatively simple. 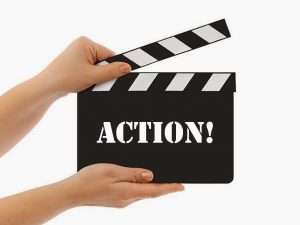 You have your prosecution, defence, defendant, judge*, and jury.

The prosecution asserts the proposition that ‘the defendant is Guilty’ (p).

Both the prosecution and defence are making claims that their position is true. They have a burden of proof to fulfil.

*For simplicity I am not going to go into detail about the judge’s responsibility with things like deciding if the evidence is relevant/admissible or deciding the degree the defendant should be punished if a guilty verdict is found.

The Burden of Proof on a Claim

Both the prosecution and the defence have made a claim, and they need to provide evidence to support it. There are a number of different types of evidence of varying strength. There could be video, testimonial, digital (e.g. GPS) and all sorts. For more information on types of evidence, check THIS POST.

The jury have to listen to/examine the evidence and decide what they believe to be true.

In this example there is no conclusive evidence, they have to decide what they are most convinced by.

We are considering the Jury as a single entity here as they have to be unanimous (in some cases after a long deliberation a large majority is accepted, but let’s exclude this for now).

A belief is an attitude toward a proposition, and whilst the individual jurors will their own cognitive process going on, we are going to describe the jury as a single entity.

They could be in one of 3 states after listening to the evidence.

Jurors have to give a guilty or not guilty vote, they can keep examining the evidence for a long period of time until they get to a conclusion. As a single entity, if someone is not convinced, they will vote the opposite way, either causing them to continue looking at the evidence or the hung jury result above.

Of course, the jury has a duty to ensure they fulfil their burden of proof.

The Burden of Proof on a Belief

So the jury are not saying what IS true, just what they THINK is true. So what burden do they have?

The burden on a belief is to make that belief rational. But what do we mean by that?

So from the above, we can see that the jury have the duty to be rational in their deliberation. They need to discuss why they came to their conclusion. “I feel like it’s true” is not really good enough. Neither is “Well the juror next to me thinks it is true”. They ought to make sure they are rational. They have examined the evidence as best they can, and used a logical thought process to come to the most likely conclusion, even if that conclusion is “we can’t decide if it is true or false” and the hung jury results in a mistrial.

If you find this concept complex, imagine it as judge justice rather than jury justice. That is to say, the judge is the one who listens to the evidence and decides what he/she believes.

Whilst they might be lacking belief in p and ¬p, they basically hold a belief that there is not enough convincing evidence to support either p or not p. They believe in neither p nor not p. Whilst it might not be a direct belief, it is a second-order belief or a belief about a belief.

If they are going to have wasted all this time and money, with a mistrial, do you not think they should also hold a rational position?

“Well, we just couldn’t decide?”
“Why?”
“Well we weren’t convinced” (which is obvious from the position)
“But why”
“Don’t felt the prosecutors or defence met their burden?”
“But why?”
“Cos”

Do you really think that this is an acceptable line of reasoning, or should they be able to explain why they didn’t find either sides arguments and evidence convincing?

The verdict is simply what they [the jury] believe to be true. If the verdict is guilty or not guilty that might not be the actual case. It is what people believe is true, not what necessarily is true.

Using the rules of logic, if they have ruled “Not Guilty” if follows suit they believe he is “Innocent” otherwise they would be in the state of unbelief in regard to the “Guilty” proposition and have withheld judgment (aka hung jury and mistrial)*.

If you’re thinking “Just because I don’t think he is guilty doesn’t mean I think he is innocent” I’d ask you to consider your phrasing. You are saying you believe neither P nor ~P. You’re withholding judgement. If you do not believe someone is guilty or not guilty you should not vote either way.

If you’re still unsure, I use the commonly used “Gumball analogy” in this post about how “I don’t believe” is unclear due to it not providing an epistemological answer to the proposition.

*I do concede that if there isn’t enough evidence to convict a not guilty verdict might also be given even if their gut is telling them they are guilty, but the point was to keep the analogy as simple as possible.

Verdict as a Syllogism

Before people jump over this one, lets add in some context on how this should be understood.

This is why statements like “just because they found him not guilty doesn’t mean he is innocent” are kind of irrelevant. Guilty people are found innocent, innocent people are found guilty. It is horrible but It happens. In a lot of cases, there is no way to fully evaluate the truth value of the proposition. The Jury can only give a read on what they think to be the case, leaving the person guilty or innocent in the eyes of the law. It is the prosecutor and defences job to fulfil their burden and convince the jury.

I’ve explained the difference between claims & beliefs, evidence & proof. I’ve shown how the burden of proof differs between claims and beliefs, and how when it is a belief, even a “lack belief” you do have a burden to fulfil. That burden is simply to make your position rational. – of course, if you don’t value holding a rational position then you are under no obligation to make your belief rational.

Just to recap
The prosecution makes a claim and proposes GUILTY
The defence contradict that claim, making an inverse claim and propose NOT GUILTY
The jury have to consider the evidence and decide what they believe.
I think we would all hope they were rational in their deliberation, no? Even if they cannot decide one way or another, and lack belief in the defendant’s guilt and not guilt we would want them to have got to that conclusion through a rational process.

The same is said for the atheist that claims he “only lacks belief in gods existing”. If you care about being a rational person, your burden is to explain why you lack belief in gods existing, and also be clear in if you also lack belief in god not existing (and be in that state of unbelief, aka an agnostic), or believe gods do not exist (Atheist). And no, that doesn’t make you a “Gnostic Atheist“* – what you believe says nothing for how strong your belief is, how certain you are it is true. You are not making a knowledge claim. You are not stating gods definitely do not exist, just that you believe they do not.

If you’re interested in how you could fulfil the burden of proof, check “Do we atheists have a Burden of Proof?”

*I use this term as it is understood colloquially, but as I have written in many articles I don’t like the whole Agnostic/Gnostic Atheist
For more info, please check ‘Definitial Problems With Lacking Belief‘

If you are still in any doubt then some good resources about knowledge, claims, beliefs etc can be found here:

Special thanks to @IntriguedFeline on twitter who spotted some [many] grammatical errors I had made and pointed them out to me!