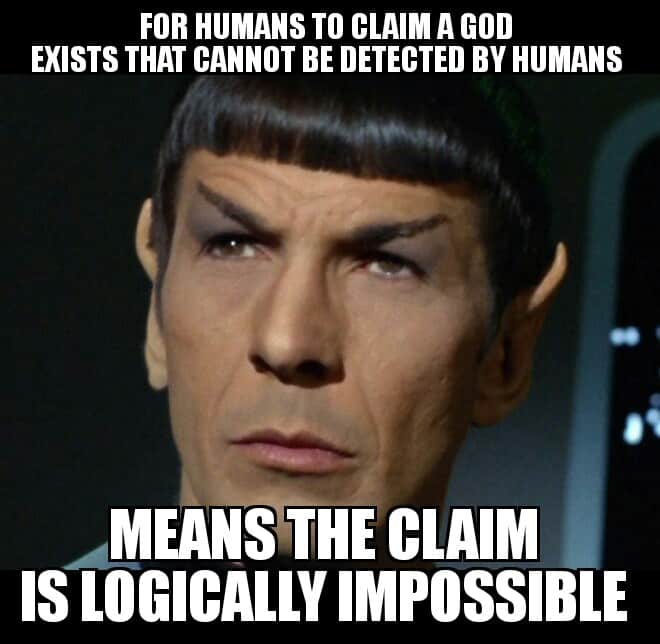 Something that comes up quite often in conversations is people saying things are logically impossible. This, at times, is used correctly however, there is often a misunderstanding over what is meant by logical and what it means by possible.

However, there are different layers of possibility as well, and this is where the confusion starts to happen.

A logical possibility speaks to the structure of the proposition. It is at this stage you define your referent and describe it.

It is also logically consistent. You’re using the word square to describe what would usually be referred to a hexagon.

So when it comes to other things like the supernatural or gods we can follow the same path.

A God is a metaphysical being that created our universe as we know it. There is nothing logically impossible about this.

A God is a metaphysical being that is perfectly good and perfectly loving. There is nothing logically impossible about this.

A god is a metaphysical being that is perfectly good and perfectly loving though allows people to be tortured for all eternity in hell. There is something logically impossible about this. Torture is not an act of love, it is not corrective, it’s not a dirty hands situation where it has to be done to save someone else, even if some level of punishment is warranted for earthly transgressions so that justice is served, eternal torment is in no way balanced.

This is, of course, a very rough version of the logical problem of evil. There are plenty of counters and excuses to it but that isn’t what I am trying to defend, I am just giving an example of how a deity could be shown to have contradictions and others that do not.

The supernatural describes something that doesn’t operate under the normal laws of physics or is beyond the laws of nature. Again, there is nothing logically impossible about this statement, but were we to add on more of a description to a specific supernatural entity we might find a point where there was a logical impossibility.

Equally, if you add in a presumption of naturalism being true then there couldn’t be any supernatural, though that wouldn’t necessarily negate creatures that might appear supernatural but have evolved differently or been genetically modified to have these features, of course.

And that is the crux of the issue. The more you add to your definition of something, the more chance you are going to find contradictions.

It is one of many reasons why I prefer simple and concise definitions that are also not overly broad, like the examples I gave in The English Language Barrier. Equally, people will tend to assume X is logically impossible because they alter the paradigm to make it logically impossible.

When we think about the metaphysical possibility we are thinking about what is possible given the state of the world or all possible worlds.

There is nothing logically incoherent about referring to a triangle as an object with 8 sides, but it is metaphysically impossible in the sense that we have already filled the referent with a plane figure with three straight sides and three angles.

So, a god in some sense isn’t metaphysically impossible as some sort of creator of the universe. It is conceivable.

It’s also conceivable that in a possible world where a god exists the supernatural exists. There could be creatures like vampires and werewolves because the god could imbue them with powers (or curses) that allowed them to bend or break the natural laws.

Consider you live in a house with a lot of people. You had a couple of slices of pizza left over in the fridge from the previous night. You’re thinking about what to have for lunch. It is possible the pizza is there, at least in a sort of uncertainty type of way, because you are not aware if someone else has already taken the pizza or not. Upon observing the pizza you will know for definite. But let’s think back further.

Consider Davinci’s flying machine, helicopter or some of his other blueprints. They were logically possible and metaphysically possible, but due to technology, they were not actually possible at that time. There was a technological impossibility preventing his ideas from being actualised.

At his time it was not nomologically possible, even though there was a future possibility and actualisation.

This brings us back to the question, even if some of the supernatural is metaphysically possible, is it actually possible in our world?

Possibility is looking at if something can happen and is split into different layers. Logic is the grounding of everything and we check the structure – If there are no contradictory statements it is logically possible. Metaphysical is taking something logically possible and seeing if it is possible in some possible world. Nomological possibility examines the possibility of something existing in our world with all our knowledge and experience of the world.

We have started a mini-series on our SciPhi streams called Metaphysically Horrific where we combine our love of Horror films and TV with the examination of these characters through the lens of possibility.

Want to know more about logic?