So what is this ‘Normative’ thing all about anyway? 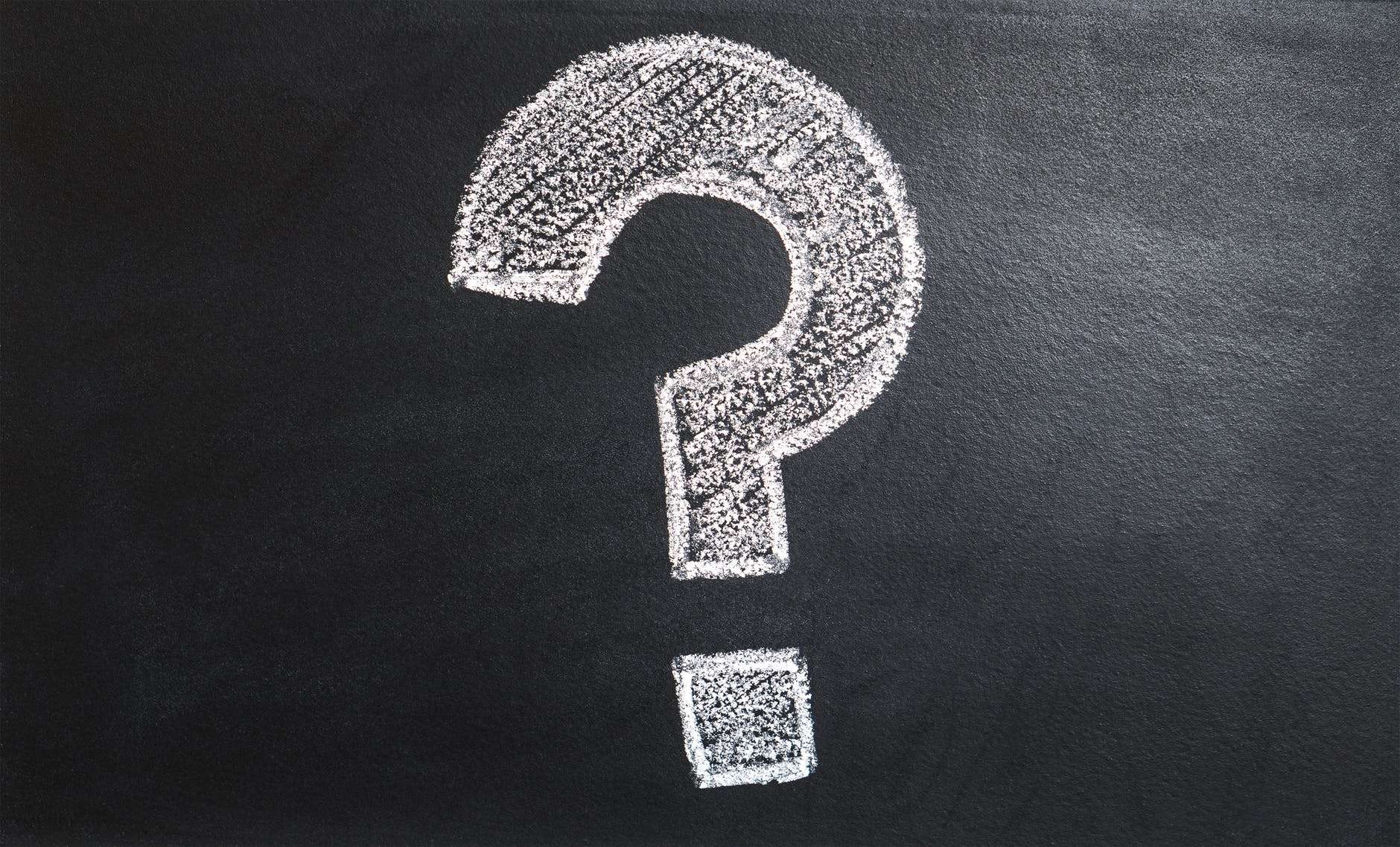 Language is descriptive. It is defined through use. People might describe their use of words in slightly different ways, be that through regional differences, common usages, or indeed there might be contextually correct usages of words.

So what is this Normative thing all about then?

When we speak about ‘Normative’ usage of words we largely mean they have gone through a process of normalisation. For example, the word ‘Hello’ has gone through this process and is generally regarded as a greeting.

Someone might say, ‘No, hello is defined as cheese sandwiches.’ They would, of course, be in their right to do so, but this would be a descriptive use of the word. They are not wrong for defining it that way. Language is our bitch, however, they would not be readily understood without first explaining how they were using the word.

Whilst I admit my example is on the ridiculous side, it highlights the point that this descriptive use of the terminology can cause confusion.

Let’s consider something a little more close to home. THEORY. When we speak of theory, we are aware of two main definitions. There is the more commonly used, or colloquial definition which basically means ‘idea’ or there is the version used in science which has a contextual definition of, ‘an explanation of an aspect of the natural world that can be repeatedly tested and verified in accordance with the scientific method, using accepted protocols of observation, measurement, and evaluation of results.’

So we could say that the term, theory, has gone through the process of normalisation for science and has a contextually correct definition. Yes, this is prescriptive. You can use theory how you like, but in the context of science, a theory is defined this way.

But wait, there is more to normative definitions!

When we speak about something in a normative way, we are essentially saying ‘[this] is something all rational people would put forward/accept given the same circumstances/information’. For example, if we think of morality for a second, if we describe the morality of rape in a normative way we would say it is bad (or immoral). No rational person would claim rape is good (or moral), would they?

Trending
Are YOU Justified?

So next we have to consider what is meant by rationality and acting rationally.

So what is rationality?

This is a big topic, and I suggest you spend some time reading about it on places like SEP, IEP, and listening to our podcast on ‘Reason and Rationality‘.

However, in short, acting rationally is reasoning using the rules of logic and probability theory, along with things like holding consistent and coherent beliefs. There are caveats to this, of course, like some folks can only be as rational as they can be. A child is far from a rational creature, but they are often acting as rationally as possible for a child. A young child believing something because ‘my dad said.’ is quite rational (for them), however for an adult to base a belief on such weak reasoning would be far from rational.

So now that we know that acting rationally, at least in part, is reasoning using the rules of logic, it follows that if one wants to be called rational they have to reason using those rules.

Furthermore, if there is a number of different definitions for a word, then the definition that follows the rules of logic is bound to be the more rational definition.

So what do we mean by the rules of logic?

Well, this is again a big question, that really needs a fair bit of study, but I will try and keep it simple. Below are the ‘Big Three’ rules in logic, but there are more rules than these.

The law of identity: P is P.

The law of non-contradiction: Not (P and not-P).

This is simply saying that the light switch cannot be both on and off, it is a dichotomous proposition, and a simple light switch has two modes, it can be either on or off, but never both.

If we say P is false, that is the same as saying not-P is true.

The law of the excluded middle: Either P or not-P.

With a dichotomous proposition, it can only be P or not P, that is to say, the switch can be on or off. It cannot be both or neither. There is no third answer. I explain some misconceptions on the law of excluded middle in this post: Different Types of Not Believing & The Law of Excluded Middle

Now, this is a bit different when we are speaking of attitudes, because someone could believe the switch to be on, off, or be unsure and not believe either P or not-P, but the reality would still be that P can only be P or not-P.

People often say ‘I don’t believe P’ (¬Bp) when what they mean is I don’t know, or I suspend judgment in P and not P. They essentially lack belief both ways. (¬Bp ^ ¬B¬p).

So what does that have to do with anything?

When we consider language there are some definitions that form propositions. A proposition is generally something we are asserting.

‘It is raining’ is a proposition that there is rain falling from the sky. It is either true or false.

Some words are defined by their propsition.

For example: Theism.  Theism, whilst often defined as ‘the belief god(s) exist(s)’ is not speaking of the psychological state of believing something but more of its propositional content. Therefore theism is the proposition that ‘God Exists’ – by God we are speaking broadly of any god, and by exists we are speaking of something that holds an objective reality or being. For the sake of argument, we will not limit this to a particular time.

So that is our first Proposition, or P. Existence is dichotomous. Something exists, or it does not exist. It is either P or not P. (the NOT can be written as ¬ or ~)

So if our P is ‘God Exists’ then our ¬P is ‘God Does Not Exist’. This not P is its own proposition. We will refer to this proposition as ‘Atheism’.

So we have our ISMs, what about our ISTs?

We would write this logically as Bp ^ ¬B¬p, although the second half is inferred from the first, and not necessary. I am writing it for clarity.

We would write this logically as B¬p ^ ¬Bp, as before the second half is inferred from the first, and not necessary.

However, I did mention that even though the P could only be P or ¬P, humans are a bit more complex. What about those who suspend judgement in the face of the proposition?

This position of lacking belief in both propositions is known as being agnostic. There are, of course, other definitions to these terms, but being agnostic, in terms of logic, is this state of suspending judgement. It could be any proposition, e.g. ‘The light switch is on’. Someone agnostic to that proposition would not believe it is on or off.

There are some who do define atheism simply by what they lack belief in (¬Bp) and refer to an agnostic as a form of atheist. But an agnostic lacks belief both ways. There is more to the logic than that.

This ‘lack belief’ definition poses problems with the logic as it relies on either a contradiction (which is against the rules of logic) or special pleading (which is a logical fallacy).

If what I have just said has peaked your interested and you want to know how it causes problems with the logic or relies on a fallacy, I cover this in ‘Definitional Problems with Lacking Belief‘.

So what was the normative thing again?

Yes, sorry, it might feel like we have veered off on a massive tangent, but rest assured we are where we ought to be.

That is to say, following the rules of logic, leads to rationality, which leads to a normative definition.

Of course, we now have another problem. As I mentioned, language is our bitch and people do change the way certain words are used. Atheism and Agnosticism are polysemous terms with a number of definitions. Whilst we do have our normative definitions above, it would also be irrational to completely reject or ignore the colloquial definitions, just as it would be irrational to ignore local customs when visiting another country.

Consider ‘hello’ being considered a rude word there. Unless we intend to offend, saying ‘well, its a greeting in my country’ just won’t suffice. We would find what the local greeting is, and use that.

So, it is irrational to ignore the fact that many contemporary atheists conflate all forms of non-theist to atheist, but equally, there is nothing wrong with explaining the normative, or more logical, definitions to them.

When we consider the average contemporary atheist also makes a claim of rationality, we would expect they would adhere to the rules of logic and use the normative definitions.

In my, and many of my colleagues, experience, most of these contemporary atheists reject the normative definitions for their colloquial one, whilst also telling creationists they are using the wrong definition of theory when discussing science. To not hold yourself to the same standard you require of others, essentially saying ‘do as I say, not as I do’, is special pleading.

I’ve even heard some say context and/or normative definitions are irrelevant, yet still correct creationists on the use of theory in the context of science.

Consider other normative words, like science and mathematics. You don’t have to wonder if I am talking about chewing bubble gum and blowing raspberries. However, there are different types of maths and science.

Context can provide different ‘correct’ definitions too, like the example of how folks use theory in science, yet outside of the field folks generally mean ‘idea’ or ‘hunch’, and it would be ridiculous to assume they mean the same thing as the definition in science.

Due to the normative use of these words I haven’t had to describe what I mean at all. Could you imagine having to explain science each time you use the word? And the words you’d have to explain whilst explaining?

For a bit more on context, language, beliefs and logic check this post by Dave.

Do I have to use Normative Definitions?