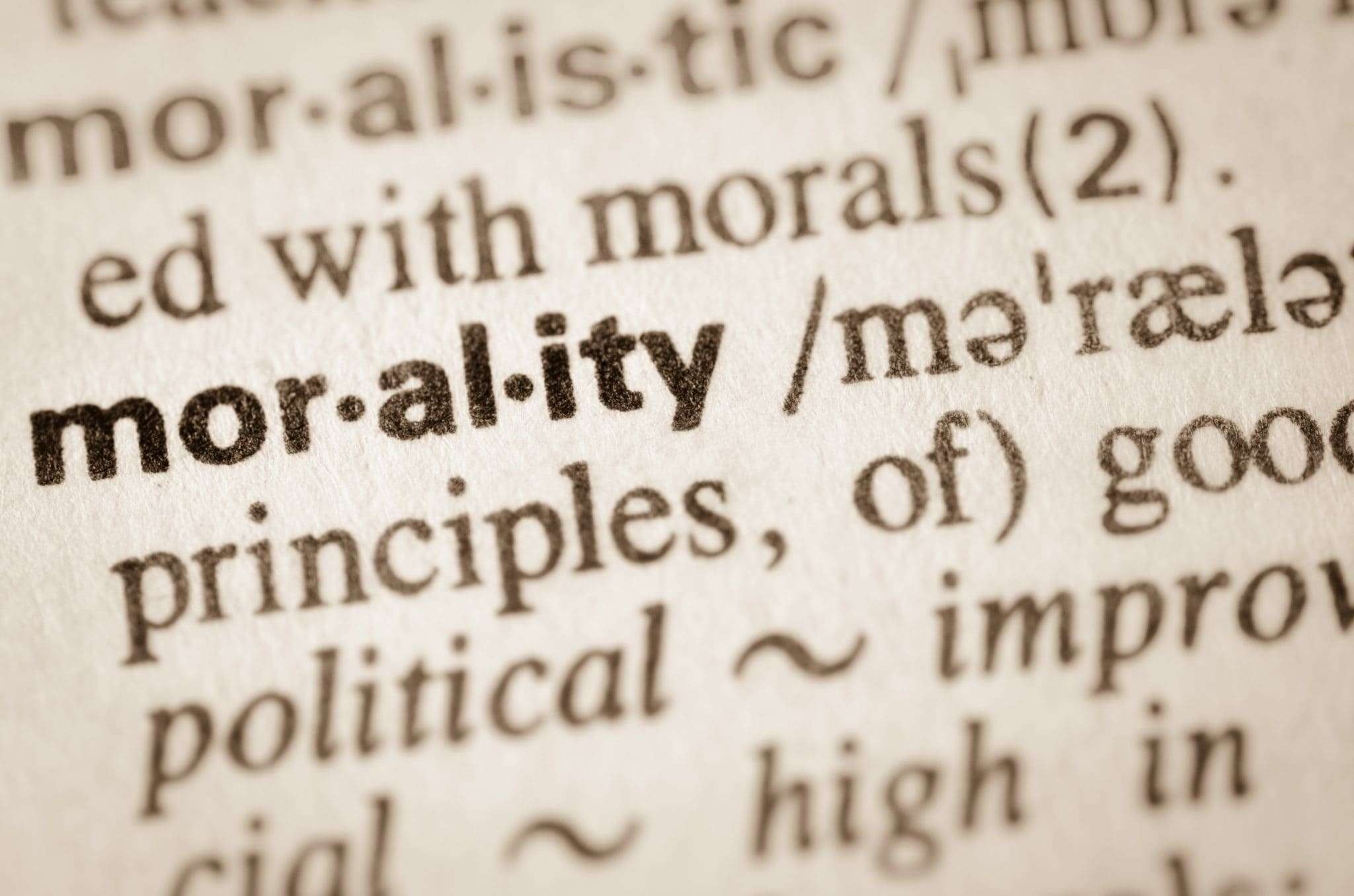 Whilst Morality’s purpose seems geared toward human flourishing and wellbeing, as described in the examination of various moral theories in ‘Does Morality have a Purpose?’ there is another component or two that I feel needs to be examined.

To discuss this we will be looking at the higher-level moral theories, consequentialism, deontology, and virtue ethics. I will not be going deep into each moral theory, as I feel we have done enough of that analysis in the aforementioned article as well as Episode 2 Chapter 1-12 of Fresh AiR Season 2.

*This is just a really basic description of the theories, for more info check season 2 fresh air

The first is agency. So what do we mean by agency? We speak of a person/being that acts to produce a particular result. In other words, a conscious choice to act in a certain way, rather than it being something that happens without consciousness. So, a moral agent is one who has the ability to act in a way that is moral. We could extend this further and say a moral actor is an agent currently acting in a way that can be judged in terms of morality.

Consider a rustling in a bush for a moment. If that rustling is caused by wind, it is not caused by any form of agency. If, however, this rustling was caused by a human walking past the bush and knocking it, we would say there was agency there.

But that isn’t the entirety of agency. Part of agency is also choice.

In an unlikely event, I could pick someone (a) up and throw them hard enough at someone else (b), to kill said person b.. we would not say that person a had any agency in that matter. They were not an agent, they had no choice, they could not control what was going on. I as the actor had the agency in that matter, and in the process harmed both a and b.

Remember, morality is the principles of right and wrong / good and bad behaviour.

This is why an avalanche falling on a village may be responsible for something bad happening but would not be judged as immoral unless there was an agent that purposefully caused said avalanche. Even then it is the agent that was immoral rather than the avalanche itself.

So how does this relate back to our moral theories?

Many might view consequentialism in the way that only the consequences matter. They might make comments that a rock falling on your head is a rock being immoral, or that dying is the world being immoral to you. Whilst most of us probably consider statements like this with haughty derision, we can understand that this stance might be taken by someone who has a basic understanding of consequentialism without taking too much time to look into morality.

One of the key parts of morality is BEHAVIOUR. This is the way one acts or conducts oneself. Does an avalanche or a rock ‘act’ or are they just following a path autonomically?

This extends to if you are forced to do something that results in a negative consequence. You, in this situation, have lost your agency and become a tool like someone using a gun. The gun is not immoral in the act of murder, the wielder of it is.

Much in the same way we viewed consequentialism, if something is following or breaking the rules without agency, it isn’t really acting morally or immorally. So if you break the rules because you have no agency in the matter, you’re not really being immoral.

The behaviour we speak of here is following the rules. A rock cannot choose to follow the rules or not. The answer isn’t all that different to the above, so rather than repeat myself, I shall move on.

As you may remember, virtue ethics is more agent-centric than action-centric. It is all about behaviour and a considered approach to things in accordance with virtues. What’s more, virtue ethics is more than just habit, like one learning table manners, it is the understanding of why these things are virtuous and how to balance things in various situations. One cannot act virtuously without agency, but one can give the appearance of virtue if they are just copying the behaviours of someone virtuous.

Agency on some level is required when we are considering if something is moral or not.

Intent ought to be part of morality as well. At least as part of the formula in consideration. So what do we mean by intent exactly?

We are speaking of the purpose of an action. Consider leaning forward to give someone a hug. Your intent here is to give them a hug. You might trip and fall and hit them on the way down. You’ve hurt them and yourself by mistake. This is a negative outcome of the situation. Would we really say this was immoral though when the intention was one that was good?

One of my biggest gripes with consequentialist moral theories is the intent is not taken in to account. Only the consequences of the action, performed by a moral actor, are factored into what is moral.

This poses problems because someone could intend to be doing something immoral and do something moral, or performing an action that is amoral or moral, and inadvertently do something considered immoral.

This hopefully highlights one of the issues with consequentialist moral theories. Whilst agency is required, the intent is ignored. So whilst consequentialism can give us a good indication of what things might be moral or immoral, based on good or bad consequences, they are generally too simplistic.

Again, intent is not really looked at too deeply within deontology. It is a case of if you followed the rules or not. Yes, you need the agency so you actively choose to follow the rules but that is where the buck stops.

We could discuss examples like those in consequentialism above, but the result is much the same. The difference is whether someone follows the rules or not regardless of if they intended to.

The added issue with deontology is, following the rules could lead to a negative outcome. If the rule is not to lie, yet telling the truth costs hundreds of innocent people their lives again we are left with this feeling that the rule was wrong even though we would be judged moral for telling the truth in this instance.

Virtue ethics is more cognitive than consequentialism and deontology so therefore we do have this aspect of intent included in our parameters. That said, it is a lot harder to act virtuously than it is to judge behaviours based on rules or consequences and as such it is why folks lean towards the other two moral theories.

From the examples given, we can show how intent ought to play a part in morality but does not in some moral theories. We can see how something negative can be taken as moral, and vice versa. We note issues with deontology being inflexible and potentially resulting in negative consequences but still being considered moral.

So, whilst intent is not always considered as part of a moral theory, it seems that it should be.

Summary of Agency and Intent

It is clear that all moral theories include agency, but the intent is not always considered. As such, we can be more forgiving on those that do not think intent is important to consider with morality, however, I hope the examples provided above do give at least some indication as to why it is important.

So What Then of Free Will and Determinism?

This is a spanner to be thrown in the works of the above.

If hard determinism is true, there is no agency, there is no choice, there is no intent. All we have is different configurations of the universe. Consider a train going from station 1 to station 2. It follows the tracks, it cannot deviate, unless someone changes the tracks at an appropriate point. It has no real control. That is what determinism means for us. We have no real agency, we are not making choices. We are no more acting morally than an avalanche falling upon a village.

We can still use these judgements, of course. We can still navigate through what things seem to be best for human flourishing, and what seems most detrimental, but we have no real choice in the matter so there is no agency. The consequences were bad, but we could not have chosen to act in another way.

However, as we discussed in our podcast on Free Will, morality basically becomes like a DLC pack for a game. We add new functions and parameters. More dialogue and action options. Consider the difference between a normal calculator and a scientific calculator. That is essentially what morality does for us if the universe is deterministic. It is still important, but ultimately nothing is truly immoral or moral without agency.

Whilst determinism ought not to affect how we act in regards to morality, we must understand that hard determinism does sort of invalidate morality by removing agency. It renders us no more accountable than a rock falling off a cliff.