The Morality of Forced/Rejecting Vaccinations. 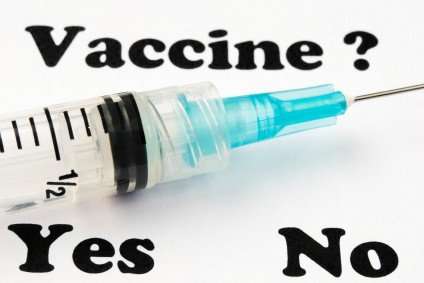 What do we mean by moral?

As we discussed on ‘Does morality have a purpose?’ we could see the ultimate purpose of morality is human wellbeing & flourishing. Therefore, anything that enables this would be something moral, and anything that detracts from it would be immoral.

Do we have a moral obligation to be vaccinated?

Vaccinations, whilst mostly safe, are not completely risk-free. There are some adverse events and side effects (there is a difference) that people have reported. These are incredibly rare, most people without pre-existing conditions will not suffer them but there is a really small risk.

Honestly, vaccines are actually really safe, and if anyone gets a side effect it is usually a mild one like feeling under the weather for a few days. There is way more chance of a child dying or having a long term complication from the disease they are being vaccinated against from than their vaccination.

You can verify this for yourself at the WHO site: https://www.who.int/vaccine_safety/initiative/detection/immunization_misconceptions/en/index4.html

That said, there’s probably more risk with your simple home appliances, and there is definitely more chance of dying by living your everyday life.

Morality of Being Vaccinated

The Benefits of being vaccinated

So we protect ourselves and others, with the added benefit we eventually might even wipe out the disease so it is no longer a problem. Sounds to me that would enable flourishing. In fact, it sounds like the benefits massively outweigh the risk.

So what about the risk of not getting vaccinated?

The Risks of not getting vaccinated

Conclusion of the Morality of being vaccinated

So, Should Governments Force Vaccinations?

It might seem like a simple, “Yes, it would be of benefit to people!” but it is far more complicated than that.

I’ve often thought about this topic, and there have been times I have argued for forced vaccinations or segregation of the anti-vax folk from the rest of society, but I think I was somewhat wrong in my thoughts.

Whilst I do believe we have a moral responsibility, I am not sure we should have a legal one. With reports last year of both vaccinated numbers dropping, and the potential children would be banned from school if not vaccinated in the UK: https://metro.co.uk/2019/04/26/children-banned-school-arent-vaccinated-9321592/ and reports this year that it is still happening with all sorts of conspiracies about vaccines, not to mention that COVID will never go away if anti-vaxxers have their way: https://metro.co.uk/2020/06/09/coronavirus-might-derail-anti-vaxxer-movement-forever-12745269/ I thought it worth discussing why even though I feel everyone has a moral responsibility to be vaccinated, I don’t think it should become law.

I understand that it poses little risk, and offers great benefits, but what sort of precedent does that set?

Our governments are known to take something like this and run with it. It might seem like a slippery slope, but that doesn’t always make it a fallacy. Like I explained in ‘Is that Really a fallacy’

If I let my kids choose what they eat, they will likely choose sweets and junk food, this will potentially lead to weight gain, obesity, and maybe even rotten teeth.

The point here is, there are things that are genuine slippery slopes. If we can back up our claims with some form of evidence, we can say that this is the most likely thing to happen but also be aware it might not.

With the example above, most kids would probably choose sweets and junk food overeating a nice balanced diet, but not all of them.

‘Is that Really a fallacy’

The same can be said for a government. Give them a reason to invade our bodily autonomy and they will eventually find some other reason to do it. At the start it might all be done under the guise of ‘benefit for peoples health’ but eventually it might not.

Therefore, I do not think we should force vaccinations on to people.

What’s more, we spend so much time fighting for bodily autonomy, especially for women, I think that we are somewhat contradicting ourselves by saying people don’t have that right when it comes to vaccinations.

Whilst we can encourage those to get vaccinated and provide them with clear concise and factual information on the topic, we can’t be guilty of doing what we suggest others are trying to do.

That said, I do think they are invading others bodily autonomy by not getting vaccinated, at least in an indirect way.

They are choosing to allow preventable diseases to multiply, mutate and be passed on. The mutation reduces the efficacy of the vaccines.

It could cause a pandemic.

So what of segregation?

I think this one is a more realistic option, but again not really that feasible. It would be unfair to uproot an entire family, would it not? Yes, they are not fulfilling their moral obligations, but do two wrongs make a right?

If we think about it on a more local scale, is it fair to children to be told they are not allowed to go to school if they are not vaccinated? It is not their fault their parents are misguided. But equally it is not fair to everyone else if we do allow some kids to go unvaccinated either.

It is tough, but it could be an argument for home/online schooling. This does mean the kids might miss out on socialising, which can be a very important part of their development. Again, it is not their fault their parents are so misguided. Also, if allowed to be home-schooled by their parents and their anti-science pro-disease agenda, are we not going to breed another generation of misguided folks?

Is it child abuse?

Indirectly, I could see this being an argument and could understand why folks might assume parents are not doing their duty of care to their children. But again, we have to understand from the parent’s point of view here. They may be wrong, but what they are doing is out of love and the want to protect their kids.

It is what makes this situation so tough. Anti-vaxxers, at least the ones not trying to sell you something, are generally good people looking to do the best for their kids.

As parents, we all make mistakes. With each child, we (hopefully) learn from the mistakes, and make new ones with the next. Some of our mistakes endanger our kids.

If every mistake was judged so harshly, no parents would be able to bring up their kids.

So, is this mistake abuse? Not really. Not in the same way say faith healing instead of chemotherapy is child abuse.

It is dangerous though and does need some way of being corrected, but I am at a loss for what the best course of action is.

What about Potential Punishments?

In the same way that we might not punish someone until they have robbed an item, even though we might suspect they will, or even in the instance of an accidental crime where serious harm has been caused, we convict after the fact, it might be worth having a similar thing for the antivaxxers.

As such, instead of a legal obligation to go with the moral obligation we have discussed, a legal repercussion in the instance of harm being caused is necessary. That is it say, if someone refuses to get vaccinated, or denies their children vaccines, we do not force them at this stage. Instead, we see if anything happens in the area. If they are an outbreak, or mutation in a particular area causing a more virulent strain, all the anti-vaxxers in the area are responsible for the harm caused by their dangerous behaviour.

Another angle could be, punishing those who are trying to sell you something. All those folks peddling crystal healing, homoeopathy and other things that have been proven not to work consistently, ought to be held accountable for their misinformation.

In both instances, it is hard to know exactly what the punishment should be. Perhaps picking up the medical bills and some community service on hospital wards where folks are dying from preventable diseases.

It is a really difficult topic with no good answers past making sure everyone has a good science education. Please take some time to read the science in regards to vaccinations rather than the scaremongering and fringe cases you might see claimed.