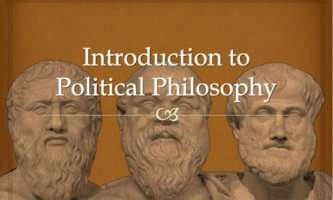 Even though I have already published my first article in this series, I thought I owed my readers an introduction to political philosophy in order to get them well and interested. It is an important and weighty subject, after all, and it is important that we are all clear on what exactly we are talking about if we want to effectively discuss politics, especially in the current times.

Vital in discussing political philosophy, is considering what it comes from, what its purposes are and basically just how to see the subject. When we do this, and practice political philosophy in its entirety, there is one more important thing we should do. And I implore you to actually do so, otherwise the whole practice of this article and to a certain degree, political philosophy in its totality, will be pointless. What we must do, is check our prejudices and existing ideologies at the introduction of a book/article. We must be willing to accept that policies we disagree with might in fact be great policies. And we must challenge an idea/policy on its merits, rather than on an existing ideological basis, like we do in all of philosophy.

Politics is a largely intellectual exercise. This should ring true to anyone who follows politics even moderately, though I will be the first to admit that some politicians do not reflect this. It is however, nonetheless true. And it always has, to some degree, been an intellectual endeavor. Even the tribe elders, governors and kings of the very first human tribes and city states had to maneuver in between different groups with different interests, allies and enemies. They had to decide when wars would and wouldn’t be advantageous, which policies they should carry out and which would be either too costly, too burdensome or maybe too “laissez-faire”. In many ways, then, the questions that plague our politics today are the same ones that used to plague our ancestors.

The task for political philosophy, then, is not an easy one. Much like the ancient question of ethics; “how to live the good life?”, which combines being successful with being a good person, political philosophy combines a number of factors that may be, but are not necessarily, opposed to each other. Think, for instance about: “being a moral state”, versus “being a working state”, which clash in plenty of cases where the goodness of a state can be expanded to those outside the state without expanding the state itself; more on that in another political philosophy themed article. Or “being a peaceful state”, and “being a safe state”. etc. To practice politics and to practice political philosophy, is to constantly navigate these unruly waters in search of being the best state possible.

Why should we engage in political philosophy?

As mentioned above, politics and therefore political philosophy is a long and rich tradition, one in which our ancestors down the ages have all contributed. We have the opportunity here, to stand on the shoulders of giants, and attempt to see further than they could. If this isn’t reason enough to start practicing political philosophy, then consider the fact that anything around you is the result of political philosophies in some way. For instance, at the time of typing this sentence, I am drinking an energy drink. Energy drinks are subject to certain legislations that regulate the contents of my energy drink. Most notably, the amount of caffeine deemed acceptable. There are two political questions in these two sentences alone, the answer to which will depend on your personal political beliefs:

The same two questions apply to the can my energy drink comes in, which also warrants questions about production, admission, the salaries of the workers who actually produce them, safety regulations for those workers and hygiene regulations for the product itself. These kinds of questions, though less “sexy” than questions about whether or not we should go to war, if and how to practice income redistribution etc., are among the most important questions politics can deal with. Any laws and regulations that originate from the answers to these questions will dictate the average health of the population. Politics, then, is quite literally, influencing everything. And if we conclude that is the case, wouldn’t you -my readers- who search for knowledge and insight, owe it to yourselves to explore this vast and historical body of thought?

There are, however, even more reasons to be interested in political philosophy, especially political philosophy as it applies to domestic politics. Politics, quite literally again, determines who lives, who dies and who will be let die. Think about it; politics determines who gets let into the country. It determines which people from which countries to consider real refugees, who are entitled to asylum. It determines which people are threat and which people to take out, if need be with a drone strike of surgical precision. And the practice of politics also decides who we help be successful; who gets to pay less taxes, who gets subsidies etc. Especially when we consider domestic policy from a political philosophy-perspective, we are dealing with what is effectively an extension of a moral system we support into an arena where we can more easily judge its broad application, with increased cost/benefit analyses and dependence on limited resources. It is, in this light, the most strenuous test of moral thought.

But, considering that we don’t typically have the ability to influence politics in any significant sense, why bother? While it is true that, barring active political participation in the form of being a representative, we can’t individually influence politics, political philosophy has a lot more uses. In the end, the power of ideas has brought more states to their knees than any armies or revolutions have. The ideas of JS Mill, for instance, who espoused the idea of a republic. How many republics do we know? the US, France, for starters as prominent republics. But when you research it, you will quickly find a list of more than a hundred countries who are or have been a republic. And if you look at Marxist ideas, we can see that in many countries the world over, some kinds of collectivization have taken effect, never mind the immense influence of communism in areas like South-east Asia and South-America. So while we may not influence politics directly, and we shouldn’t expect our theories to be taken up word for word, if they are good and appealing ideas, future governments might borrow from them. We might yet be able to leave our mark on politics through broader political theorising.

Without further ado, it’s now time to get into a slight introduction of the substance.

When engaging in political philosophy, it is typically a first step to analyse the different kinds of government we have to deal with. These can be parsed in roughly 5 type groups of government, according to the way to power:

In practice, most of these forms of government will be used in conjunction with each other. Often because it is simply impossible to do so otherwise. Take for instance a kingdom. A kingdom is all well and good, but a king must derive his power from some kind enforcing body, who works according to the king’s rules and laws; a bureaucracy. Often times, these bureaucracies will have a number of people who have historically performed well within that bureaucracy to make decisions about how their subordinates should work. So, they’d have an internal aristocracy.

As you might expect from an introductory article like this, these aren’t all the forms of government that are available within political philosophy. In fact, these are the 5 kinds of systems. Think of them as extremes, in between which lies a spectrum of different kinds of governing.

Ideologies are typically what cause the most conflict between people who follow politics. They are difference between the right and the left. And I will expand on ideologies further in different articles, so I will keep it short for this one, since I believe I have already taken up enough of your reading time.

Political ideologies can be categorized according to three different criteria. These are: social policy, economic policy and authority. Where you land on the scales that originate from these respective criteria, determine where you fall on the political spectrum, or at least which kinds of affinities you have regarding the way you are governed.

To take an example, let’s discuss abortion. Abortion is often called a civil liberty. As such, it is a part of social policy. The social policy scale ranges from progressive to the left, to conservative on the right. So, if you are pro-choice in the abortion debate, you move left on the scale of social policy, as opposed to when you are against abortion, all things being equal of course.

To discuss economic policy, let’s take healthcare. Health care, though also a big aspect of social policy, is also an immense part of economic policy, because it tends to be one of the most expensive parts of any country’s budget. In most cases when it comes to economic policy, the scale ranges from total collectivisation on the left, to total laissez-faire capitalism on the right. So, to be placed on the absolute left-wing fringes, you would have to say: “all the healthcare available in the country should be provided by via the government. If it is not via the government, it shouldn’t be available”. To be places on the right-wing fringes, you would have to say: “I don’t care that people will die because they can’t pay care. When companies get a profit out of medical care, everybody wins”. Of course, only a few people actually say these things, because only a few people are actually on the fringes (despite sometimes being characterised that way).

The last criterium remains, then. And that is authority. Authority is typically a more or less issue, which then of course ranges simply from liberty to authoritarianism. This criterium doesn’t determine whether you are left- or right-wing. It just determines what kind of government or candidate you prefer and therefore are likely to support. It is therefore most often (to avoid any mistakes) shown vertically. Up being authoritarianism, and down being liberty. This should speak for itself, but the more authoritative you want your government to be, the higher up you are  in this scale.

Both the political left and the political right like to boast about being the only side that is truly pro-liberty. This is however simply not true. If we look at communist regimes, they are typically the utmost left you can get, and they are as authoritarian as you can get. However, the same is true for the right, with its religiously conservative and fascist regimes. The sad truth is that, as the French say; “Les extrèmes, ce touche”; the extremes touch. Which ideology you adhere to, is simply  matter of how much of what, are you willing to live with?

Political philosophy, in short, is important. It concerns us all at almost every turn and twist of our lives and I believe that we all owe it to ourselves and our country to educate ourselves on politics as much as possible. It is hard, of course, precisely because so many people have so much riding on politics. This incentivises misinformation and propaganda. There are, however, plenty of ways to properly learn about politics. To do this, we should start at the basics like we’ve done here. There are a lot of other things that we have left to cover, and we will in due time. These, however, have been a few basic, important knowledge issues that we should get out of the way. Until next time.