Descartes, Scepticism, and You 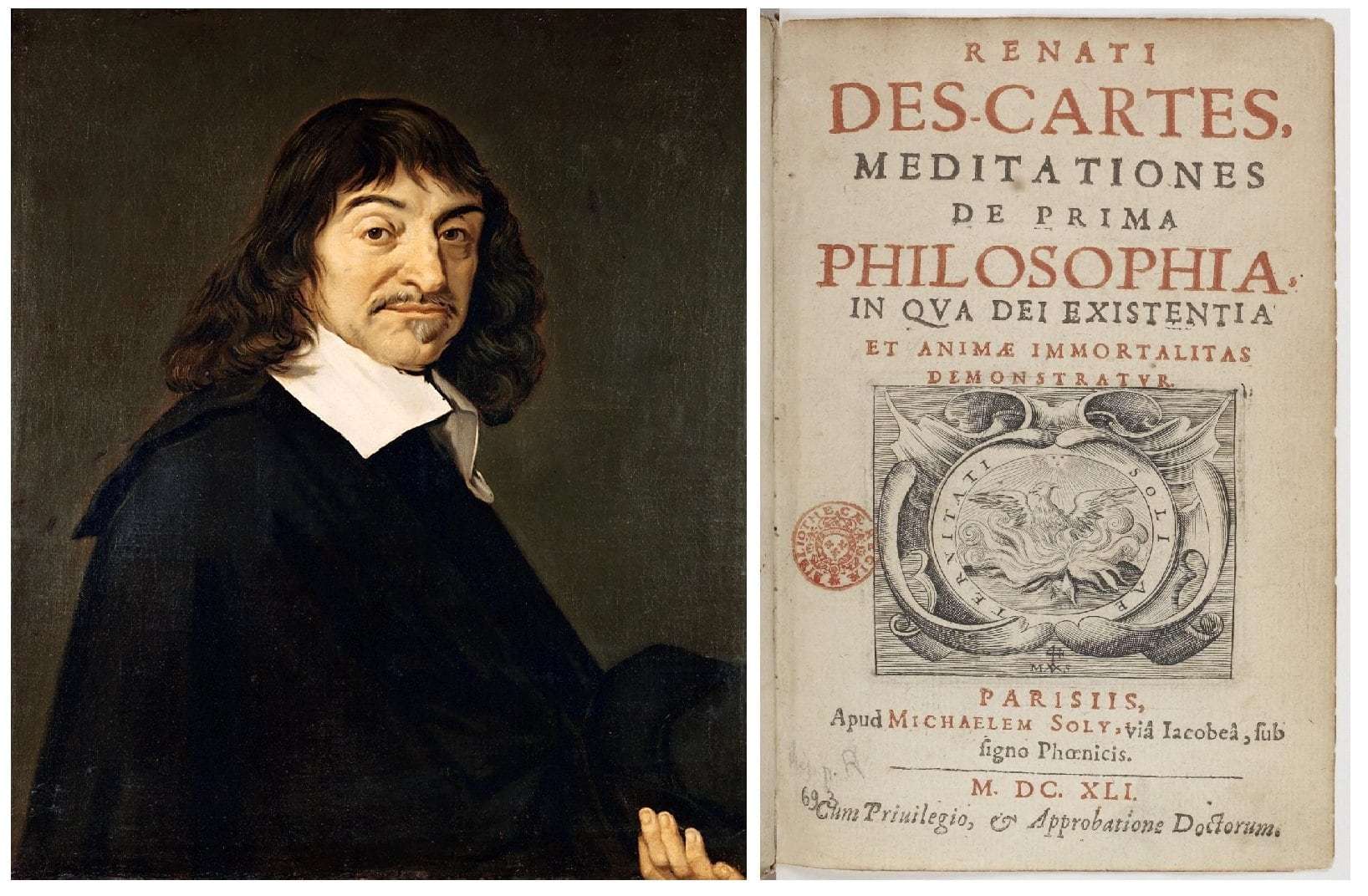 There will, of course, be many contemporary sceptics and atheist who read the title and simply groan.  Dismissing the article before reading it because of some misinformed idea about Cartesian scepticism, or some excuse that they do not need to read up on scepticism because they are ‘freethinking truth-seeking sceptics’ already.  To some extent, the former cannot be blamed, for Cartesian scepticism has been the go-to of most presuppositionalists for a long time.  If that is the contemporary sceptics only experience of Cartesian Scepticism, then, of course, they will have misgivings about it.  With the latter though, they are the ones that are in need of reading an article such as this, and doing further reading on scepticism beyond the echo chambers of Twitter and Facebook.  For there is more to scepticism than just catchphrases like ‘I don’t accept anything without evidence’ and ‘evidence will change mind’.  What else is there?  How can Cartesian Scepticism help us be better sceptics?  What is Cartesian Scepticism?

What is Cartesian Scepticism?

Let us begin with the natural start, what Cartesian Scepticism is.  Descartes, in his Meditations, turned his hand to an argument for knowledge.  Descartes argued for a Foundationalist perspective of knowledge.  In other words, all knowledge had to be grounded in something for which we did not need to bring in other ideas.  In order to do this, he stripped away all of the things he had learned and discovered.  The reason for this came from his argument that the senses could not be trusted.  Arguing that our senses sometimes lie to us, and just like we could not take the word of someone that consistently lied to us, we could not trust our senses to tell the truth.  From there he stripped away anything that he could doubt.  He stripped away everything until he got to something that was necessarily self-evident.  That he existed, and he new he existed because he had thoughts and doubts, and the only thing he could not doubt was that he existed.  If he did not exist, then he could not doubt his existence.  Cogito ergo sum.

From there Descartes went on to justify why his senses could be trusted, using his ‘Evil Demon’ thought experiment.  He went on to use God to justify his senses, hence why his arguments are so popular amongst Presuppositionalists.  There are good counterarguments to Descartes’ ‘Evil Demon’ argument, and it is a good mental exercise to argue against it ourselves of course.  However, this is not what will be focused on here.  While these arguments are a part of Cartesian Scepticism, it is the general idea behind Descartes attempt at creating a foundationalist epistemology that should be of interest to contemporary sceptics.  So, if Descartes argued for God using his scepticism, how can Cartesian Scepticism make us better sceptics?

Why should I care?

Well, consider all of the things that you think you know, and claim to know, and all the things you have learned, and all of the things you believe.  That is an awful lot of information.  While sceptics like to claim that they only accept things based on evidence, what about the things they learned before they became sceptics?  Have we been consistent with that stance since becoming sceptics?  What justifications do we have for holding those beliefs, and claiming knowledge of certain things?  Do we hold contradictory beliefs, or contradictory claims of knowledge?  How many sceptics have actually been sceptical of themselves, and what they know?

It is a lot of work doing this, as we hold a lot of beliefs, and claim to know a lot of things.  Which makes it understandable why many will not undertake this endeavour.  However, it is worth considering doing this when you can, especially with beliefs you are psychologically and epistemologically certain of.  Or if you are in a discussion with somebody who says that your claim, your belief, or your knowledge, is wrong.  Most contemporary sceptics will simply dig their heels in and argue for their claim as if it is not possible for them to be wrong.  Scepticism and atheism appear to have become simply symbols of rationality for people, as if holding those positions means that they are rational, and that they think logically, and therefore whatever they believe, or think, is rational and logical.  For many, aggression and mockery have replaced rationality and logic, as if beating one’s chest is the equivalent of putting forward a good argument.

Being Sceptical of Ourselves

There are some things one should consider about their beliefs and claims of knowledge though, especially when those beliefs are entrenched, and we hold onto them even when show evidence or argument that they might be faulty.  After all, many contemporary sceptics claim something along the lines of ‘evidence will change my mind’, yet when presented with evidence that they are wrong will dig their heels in and double down on their current argument.  They are not open to the idea that they could be wrong, they are only open to the idea that their interlocutor might be wrong.  They are there to correct, not to be corrected.  However, we will use some examples that the writer of this piece has come across when interacting with other atheists and sceptics.  Take for example the word ‘belief’.

Consider the Idea of a Belief

If you pay attention to arguments from other sceptics and atheists, and pay attention honestly, you will find arguments like ‘I hold no beliefs, only knowledge’ and ‘beliefs are accepting things without evidence’ and the like.  Yet, when shown that a belief is simply a proposition that we hold to be true through dictionaries, psychology, and philosophy, those same atheists will argue against that definition of belief.  Evidence has not only not changed their mind, the evidence has been called incorrect.  Their desire for that word to mean that thing, or for their claim to hold not beliefs to be true, that they are willing to argue against evidence.  Yet, still claim to be sceptics, and will still make the argument elsewhere that evidence will change their mind.  Almost as if the optics of being a sceptic are more important than being a sceptic.  An actual sceptic, and something that Cartesian Scepticism can teach us if we allow it, would actually reconsider their position.  They would consider where they got that definition from, or where they learned that stance from.  They would consider whether or not perhaps they are wrong holding that definition, or holding that stance.  They would consider if maybe there is something psychological behind their need to hold that belief, or hold that stance.  They would question all of these things, and reconfigure their belief.  At least if scepticism and rationality, rather than optics and othering, were important to them.

Consider the Label of Atheist

Consider too the label of atheism.  There are many who argue that atheism is ‘just a lack of belief in gods’ and that ‘atheists do not believe there are no gods’.  Yet, in philosophy, and even colloquially up until a couple of decades ago and the advent of online atheism, the term atheist meant ‘someone who believes there is no God’.  Many atheists today argue that they do not believe there is no god, they simply do not believe a god exists, and do not know if a god exists or not.  This is how an agnostic is defined in philosophy, and as it was colloquially up until a couple of decades ago.  Yet, many will not accept being called simply ‘agnostic’, they are happy with ‘agnostic atheist’, but not simply ‘agnostic’.  The word has slowly taken a new definition by many atheists over the last couple of decades, atheists simply ‘lack a belief in god’.  They do not claim there is no god, they simply do not believe in one.  They argue that there is no such thing as ‘just an agnostic’.  Agnostic, for them, has simply become a modifier for the term atheist with regards to claims of knowledge about the existence of gods.

However, as with the term belief, when they are shown that in philosophy the term means ‘someone who believes there is no god’, they will argue that philosophy is incorrect.  They will argue that the word has always been defined as ‘without gods’, or ‘a lack of belief in god’, or ‘someone who does not believe in god’.  Ignoring mountains of evidence that the word has not always been defined as these things.  It is almost as if there is some psychological need to describe themselves as an atheist.  For if the claim that it is not rational to believe in gods, and that is why they do not believe in gods, is true, then the label by which they are described would matter less than the position.  However, the label has become what matters.  The definition has been changed to enable them to hold to that label.  It is not the rationality of not believing that is important, it is the label to which the position is attached that is important.

Being a Better Sceptic

Again, a good sceptic would consider their positions on this topic.  They would consider why they do not accept the old definitions, why they feel the need to define it differently, and why they need to be described as an atheist.  What compels them psychologically to be described as an atheist?  Why they feel the need to reject the evidence that it is ‘just defined as a lack of belief in gods’ and argue that philosophy is wrong?  Why do they not accept the label of agnostic?  Simply arguing that it is wrong, or that the word should be defined this way because of the way they interpret the prefix ‘a-‘ in the case of atheism, or arguing that it is how the Greeks used the word, all do little to answer this question?  Where did they learn this definition of atheism from, why do they consider it an authoritative definition that all atheists should adopt, and other questions like that, should be important to the sceptic.  If being called atheist holds that much psychological significance, then we should be sceptical of our position, because our position is more than likely optic driven and compelled by some psychological need to fulfil those optics.

Of course, this all depends on how honest we are about our own thoughts, and about our own positions, and about whether or we not actually do care about our own scepticism.  If our scepticism is there for show, there because we think it says something about our level of rationality, or our level of intelligence, or because it allows us to feel superior and mock others, then these kinds of things will matter little to us.  It is not about being a sceptic, it is about being seen as a sceptic.  For those, Cartesian Scepticism can do little.  However, for those genuinely desiring to be a sceptic, then Cartesian Scepticism has much to offer us.  It offers us the chance, and ability, to reflect on our beliefs in a rational way.  It offers us a way to check that we believe certain things for the right reasons, and that we can actually claim to know what we claim to know, it offers us the chance to have consistent and coherent beliefs, and offers us a way to keep a check on how the Dunning-Kruger effect is having an affect on us.  In short, Cartesian Scepticism has much to offer us, so long as we aim to be the sceptics we claim to be.