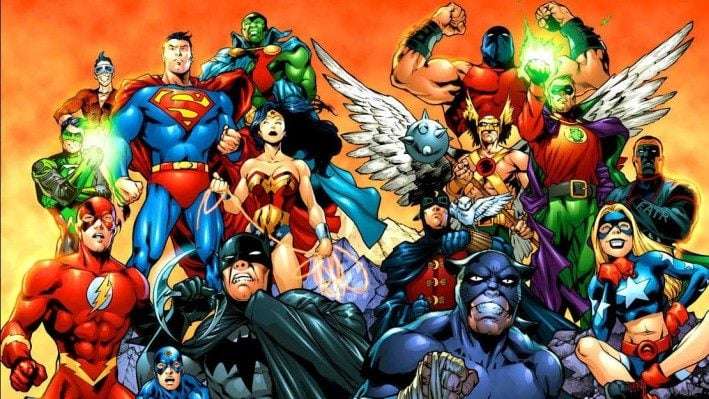 So I’ve been challenged by our resident virtue ethicist to apply my learnings from our discussions and season 2 of our podcast (which is currently available on our Patreon, and will be released here soon) to consider the perfect human using virtue ethics.

If you haven’t listened to the podcast or been following ArificialAgent’s “the life worth living” series virtue ethics is a bit different from other forms of morality.

Why is Virtue Ethics Different to other types of Moral Theory?

In short, consequentialist and deontological moral theories are more about judging the actions, whether that’s the consequences of the actions or if the agent is following the rules.

When it comes to virtue ethics, it is less about the actions and more about the person. That is to say, one is trying to be the best person one can be. A Super (Hu)Man. One would hope by being the best they can be, their actions would then result in the best outcome but life is a bit too messy for that.

With a study on virtue ethics and endeavour to become a virtuous person, essentially you are training positive behaviours and thought processes into yourself and eventually, these should become “second nature” or like “instincts”. So if you are always acting virtuously, you inadvertently will be doing your best for the best outcome.

What is a Virtue?

Through looking into this, a virtue could actually be anything that shows a high moral standard. The hard thing here can be the standard on which you use to judge it. It might just be easier to use the standard set by the ancient Greeks, at least when you are first considering things.

This is why prudence may indeed be the most important virtue.

Prudence – the most important virtue?

Prudence, and its subsets such as temperance and moderation, might be the most important aspect of virtue ethics because it teaches you to act with cautiousness and temper everything to the situation.

If you show good and careful judgment when handling practical matters, you can be described as prudent. Similarly, a wise and well-thought-through decision or action can be called prudent. This is why it is linked to temperance, as temperance is essentially showing restraint and moderation.

Consider your paycheck, it is prudent to make it last for the month, consider love and trust, it is prudent not to give it to everyone less ye be taken advantage of. Consider assertiveness, if one is too assertive they come across as aggressive and arrogant etc.

Just to note, prudence can also be thought of as mastering the art of self-governing, providing the right action at the right time, to the right degree. So where I speak of cautious and calculating, it could also be prudent to be reckless and random in some circumstances, but at the start, I would err on the side of caution till one can prudently be reckless.

So if we are building a pyramid of the perfect human I would suggest that the first block is prudence. The next I would layer down is Temperance. We should show careful judgement of how much temperance we apply to things.

Acceptance – The act of accepting something or someone.

This is important, especially with things we cannot change. Perhaps in a way, this is liked to the virtue Daoist virtue; Wu Wei, which is the principle of inaction. There are times to just let things be and go with the flow. Of course, we still need to apply prudence to this or we will get walked over and at times accept a bad situation that we could easily change with minimal effort.

The way I would apply both acceptance and Wu Wei are very similar with a similar outcome all tempered by prudence. So perhaps I would have them joined together as the next virtue ‘block’ on the stack. Equally, tolerance is similar in the sense we are accepting that which is different to us.

A number of virtues that I am sure don’t need explanation. I feel if we can govern ourselves with these virtues, as long as they are tempered accordingly, then the people we interact with will be better for meeting us. We also have to remember to turn these virtues inwardly on ourselves.

Truthfulness is something I have always put stead in, perhaps too much. I do wish everyone was direct, honest, and didn’t need to sugar coat things, but equally, accept that you can be truthful without being rude…

Truthfulness and Authenticity lead to trust, and trust leads to loyalty and Commitment. It is a wonderful thing to trust someone completely and be trusted. It is a wonderful feeling to observe someone else’s loyalty to you or for you to demonstrate yours to them.

These are qualities I look for in people I choose to call friends, as well as qualities I hope to present and be recognised by others about myself.

These are as important for yourself as they are others. Treating folks fairly is a little more complicated than people realise too… it isn’t always giving everyone the same thing.

Consider university, is it fair that only the rich can go to the top university? There are some brilliant minds that never get the chance because they come from poor families. Is it fair that someone is at a disadvantage just because of the family they were born into?

In the same notion is it always fair to hold a grudge against someone or beat yourself up over something you can’t change? Forgive yourself, or them, and move on. See it as a learning experience.

Equally, if someone is frequently “sorry” but doesn’t change their behaviour then perhaps they might not be deserving of your forgiveness. Again we see how we should temper our response, and act with prudence.

Really I think ALL virtues are important to a degree, but each of them needs to be tempered and altered to the situation. I’m not even sure, with the exception of prudence, that I would always put the pyramid in the order I have done so here.

What Would Jesus Do?

Honestly, this is a great example of virtue ethics in action. If virtue ethics is to create the ideal perfect person and act how they would… then if you view Jesus as that person, this is how we ought to act. Even if one can argue that perhaps by today’s standards, he might not actually be perfect, it is still a good place to start. He acted with kindness, compassion, helped those less fortunate, provided medical care for those that could not afford it etc.

The problem I have with this one though is not the question but the resulting actions. You look at so many conservative Christians, and they seem to do the opposite. Perhaps the Bible has been translated so much that instead of loving thy neighbour and acting with kindness and selflessness, they act with greed and hate. I really don’t know. Perhaps it is more they take a deontological look at God’s rules and prefer the fire and brimstone patriarchal nature over the more virtuous WWJD style Christianity.

At the risk of getting political, perhaps that in itself is the difference between liberal and conservative Christians. The liberals try and act with virtue and the conservatives are more deontological.

Or maybe they are just humans do what they think is right without fully thinking it through… like most people.

It does seem that Divine Command Theory is not without its flaws as we discussed in a podcast, currently available on Patreon but will also be available on the site in a few weeks, and perhaps it is incompatible with virtue ethics. Perhaps this is why some Christians to not follow Jesus’s examples that seem to go against God’s law, or at the very least have not been ironed out as laws.

It is really hard to actually conceive the perfect person, especially when not in a vacuum. But if we start with prudence and temperance, and work our way through any situation with care, I think we have a good grounding at least.

When considering virtues and our ‘super-man’ we have to set aside our personal emotions and how a situation might make us feel. We have to put aside our preferences, hopes, dreams and think purely about the behaviours.

Once our ‘super-man’ has been crafted in concept we then have to try and behave that way until it becomes second nature.