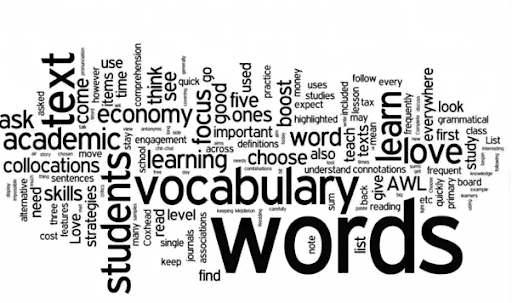 Words are a funny thing.  They are necessary for advanced communication, but those very same words are the cause of miscommunication.  We can have entire conversations with each other, and sound like we’re talking to other, but actually be having two different conversations.  Often times people are so busy trying to ‘dispatch’ their ‘opponent’, and prove just how smart and well-informed they are, that little time is taken to actually make sure they are actually understanding their ‘opponent’.  What they are arguing against is sometimes not what their ‘opponent’ is arguing for, and because the words that both are using are the same words, the ‘opponent’ sometimes does not even realise this.  The argument continues forward, drifting further and further away from understanding, while still being in the same conversation.  Words are funny like that.  We can say the one thing, and three people can hear three different things.  So, it seems that it is important that, during any conversation, we make sure that the words we are hearing are the words that are being said.  That is if our intent is to discuss the content of what is being said, rather than dispatching the opponent and disputing what is being said.  The problem is, if you are not discussing the content of what is being said, you are not disputing what is being said, and you are not dispatching the opponent.  What are some examples of this?

The first simple example that comes to mind is a common argument you find between theists and atheists, an argument concerning morality.  Most of us will have had, or come across, the theist claiming that without God there is no objective morality; as well as the common rebuttal from atheists that morality is not objective, it is subjective.  An argument will then ensue with two parties using the same two terms but arguing very different things.  For the theist is using the term ‘subjective’ to mean ‘based on personal opinion’ and the atheist using the term ‘subjective’ to mean ‘from a mind’, or ‘of subjects’, or some other similar kind of definition.  Both sides are so busy arguing ‘trying to win’, that they do not even realise they are not even in the same fight.  Eventually it may come to one side defining what they mean by ‘objective’ and ‘subjective’, and the other eventually realizing they are not involved in the same argument.  However, often this will lead to an argument over definitions, rather than an argument over the content.  The atheist will argue that there is a singular definition for the term ‘subjective’, and that singular definition is ‘from a mind’ or ‘of subjects’, while the theist argues that ‘subjective’ also means ‘based on personal opinion’.

The theist is correct in this case of course.  The term ‘subjective’ can mean ‘based on personal opinion’.  A quick search of any dictionary will show us this, because words are funny like that; words can have multiple meanings.  Words get their meaning from their usage, and their context.  The dictionary definitions are not prescriptive of course, but the dictionary does refer to how the words are most commonly used at the time of compilation; the dictionary is descriptive.  So, in this case, the atheist arguing that the term ‘subjective’ only means something like ‘from a mind’ or ‘of subjects’ and does not mean ‘based on personal opinion’ is wrong.  The even funnier thing about a situation like this is that at other times the same atheist arguing a word only has a particular meaning in one instance will argue that words get their meaning from usage at other times.  Those atheists will even refer to dictionary definitions and say ‘look words have multiple meanings, and this is how I am using the word right now’ at other times.  There is inconsistency in their behavior, because what matters is telling the other person they are wrong, not the content of the argument.

Another example of this is the term ‘atheist’.  The term ‘atheist’ is a word that has multiple meanings, one that has gained new meanings over time.  In the past couple of decades, it has gained the meaning ‘someone that lacks a belief in God or gods’, and similar.  Hence the term ‘lacktheist’ appearing over the past decade or so.  Words are funny like that, their meaning changes over time.  Meanings can be added, and meanings can disappear.  However, just because a meaning is added it does not necessarily mean a meaning disappears.  Words are funny like that too.  As stated previously, words get their meaning from their usage.  Which is why the term ‘atheist’ can also mean ‘someone who believes God does not exist’.  This is what the common usage was previously, and also what it generally means to most theists.  The theist takes this usage and, like the atheist declaring ‘subjective’ only means A, declares that the term ‘atheist’ only refers someone that believes God does not exist.  Many theists will then argue that the ‘lacktheist’ is using the word incorrectly; and the theist is wrong in this instance.  The definition ‘a lack of belief in God or gods’ is now part of the term ‘atheist’.

However, there are many atheists that make the same error in reverse.  There are plenty of atheists that will argue that the term ‘atheism’ does not mean ‘someone who believes there is no God’, and only means ‘a lack of belief in God or gods’.  We also see the reverse of this too of course, the atheist who uses the term to mean ‘belief there is no God’ arguing that the ‘lack of belief’ definition is false, and only means how they use it.  The fact is that the term ‘atheist’ refers to both of these kinds of people now.  The problem is not using one or the other definition, the problem is claiming it is only one or the other definition.  As said before, words are funny like that.  Another way that words are funny is that they have a certain phenomenology to them.  What is meant by that?

Well, there is more attached to a word than simply a definition.  A word can have connotations, and intentions, and beliefs, and a personal history, and experiences, and memories, and emotions, attached to it.  What is meant by that?  Well, in order to look into that a bit more, let us first look at a word as simple as ‘belief’.  The word ‘belief’ is a pretty simple word, with a pretty simple definition.  It means, essentially, any proposition we hold to be true as part of our worldview.  To put it even simpler, a belief is anything we think is true as part of our general outlook on life and reality.  It really is that simple, though we might not think that if we were to listen to many atheists in various Facebook groups and on Twitter.  For there are many atheists that argue that they hold no beliefs and argue that beliefs are things ‘we think are true without any evidence’.  Even when presented with evidence that this is not what beliefs are, they will reject that evidence.  Why is this?

As stated at the beginning of the previous paragraph, there is more to a word than simply a definition.  In the case of the word belief, many atheists have attached a connotation to it.  They have attached religious significance to it, and due to this attachment also give it intention.  That intention is that it is a word that is only worthy of disparagement, and those who hold beliefs are only worthy of mockery.  They have also attached the belief that rational and reasonable people do not hold beliefs, rational and reasonable people only accept things ‘based on good evidence’.  Therefore, they do not hold beliefs, because beliefs are things that have no evidence.  They only accept knowledge; they know things, they do not believe things.  However, for anyone that knows the basics of epistemology, this is something of a silly statement.  For to know something you also have to believe that something.  You cannot know you exist without also believing that you exist.  If you do not believe you exist, then you cannot know you exist.  So, the intent behind the word belief from atheists such as these is to distinguish themselves as superior to ‘the believer’, and to render ‘the believer’ as an inferior thinker.

However, in their rush to paint ‘the believer’ as an inferior thinker, these atheists, these ‘superior thinkers’, believe falsehoods.  Their disdain causes them to hold faulty definitions, and often times cling to these faulty definitions in order to keep that feeling of superiority.  In their desire to be superior, they actually become inferior.  For people claiming to want to know truths, and hold as much true information as possible, their intentions and connotations for the word ‘belief’ lead them to hold false information.  These same atheists will also claim that ‘evidence will change my mind’ when it comes to beliefs and topics, yet will reject any information that shows they too believe things; because they are not concerned with evidence, they are concerned with their own self-narrative about being a superior thinker.  Which, as stated, leads them to actually being inferior thinkers.  It’s a very interesting paradox and conundrum really.

So, as stated throughout this article, words are funny things.  People often argue that they should be able to use any words they like, and some argue that some words shouldn’t be used.  Even some of those that argue that they should be able to use any words they like will argue that other people shouldn’t be able to use some words, because they don’t like those words being used against them.  Words help us to communicate, and also help us to miscommunicate.  Words can mean one thing, or the other, depending on when, where, and how we are using them.  Sometimes we don’t know a particular meaning, or sometimes we demand a different meaning.  They are living, evolving objects, with lives of their own, and meanings and values we inject into them.  Perhaps some people should spend less time trying to ‘best’ their interlocutor, and more time trying to understand their interlocutor. Perhaps more of us should spend time thinking about why we think words mean what they do, or why we insist they must mean those things we want them to, and where we learnt them, and how we use them. Funny things indeed words are.