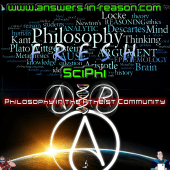 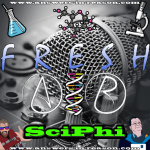 Philosophy in the Atheist Community

We experience a number of bad takes on philosophy and philosophical concepts/arguments from our fellow atheists and we thought it would be good to do a stream to discuss these and the reasons why.

We will be having a general chat about the disdain many atheists have for Philosophy and going through 10 “big ticket” items that we notice patterns of seemingly canned responses about.

In case you are not aware, Dave, Phillip and Myself are all Atheists, we believe gods do not exist, so we are speaking from a point of really wanting to improve some of our fellow atheists understanding of these things.

Philip is a philosophy enthusiast with degrees in design, and is very well versed on Philosophy (at least in comparison to me and most people we speak to online).
Dave Has a masters in Philosophy and he’s distinctly good at it
And I am but a mere pleb with an interest in philosophy, trying to learn as much as I can in the few minutes each day between work and family life. I’m really only comfortable with Morality and Epistemology and even then I still have a lot to learn.

We sent out a list of 10 questions to debate groups and on twitter asking for responses to see if they aligned with either common responses or how these things are understood within the field of philosophy.

All responses are going to be kept anonymous and similar responses will be grouped together, so may not be verbatim. If two answers are essentially the same but worded very differently I will read both out as one may resonate better with some than the other.

Everyone’s participation has been very much appreciated.

Is Philosophy of any use?

What’s the difference between ethics and morality?

(This was a bit of a trick question (sorry))

Is the Kalam Cosmological Argument Valid? (Why or why not)

What does atheism have to do with philosophy?

Why do you discuss religion online?

What is special pleading?

Philosophy in The Atheist Community – The Video

If you prefer to watch, then check out the recording of the live stream here:

Or, if you’re looking for a specific segment, check these: