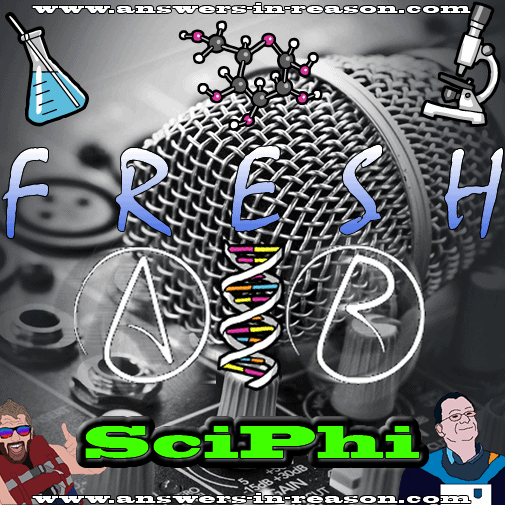 Tonight we continue our thought experiments by looking at Russell’s teapot and world.

‘There is no logical impossibility in the hypothesis that the world sprang into being five minutes ago, exactly as it then was, with a population that “remembered” a wholly unreal past. There is no logically necessary connection between events at different times; therefore nothing that is happening now or will happen in the future can disprove the hypothesis that the world began five minutes ago.’

Russell asks us to imagine that we exist now in a world that has actually only existed for five minutes. However, it was created in such a way that it appears billions of years old. We are created in such a way that we have memories of the week before, and of our childhood, and our parents have memories of their childhood. However, none of those events actually occurred, they are false memories. If we find a post it note dated last week telling us to do something next week, the world was created with the existence of that post it note. Diaries from childhood were all created with the universe, as were photographs and other momentos.

This is somewhat similar to the kinds of arguments that a YEC makes. The YEC version can be seen in the 1857 book ‘Omphalos’ by Philip Henry Gosse. His argument can also be referred to as the ‘Omphalos Hypothesis’, named based on the book title of course!

Gosse’s argument is that in order for the world to be ‘functional’ at the point of creation it would have to have been created in a way that made it seem older than it was. Adam would have been an adult, trees with fruit already on them, fully grown animals, etc. If the world had not been created fully functional then Adam and Eve would not have been able to function in it.

These are examples of what is known as ‘external world scepticism’, and are akin to something like Descarte’s Demon or the Brain in a Vat thought experiment. Think of something like The Matrix as another example. It’s the idea that if the external world is a good enough illusion then we will be unable to distinguish it from what the world is actually like.

Russell calls the hypothesis logically possible, but wholly uninteresting. However, sceptics and epistemologists often discuss it with interest as it is difficult to say what the difference is between Russell’s World and the normally accepted ideas about the age of our world. There appears to be no way to regard the first as unsatisfactory while keeping the latter satisfactory. It is a hypothesis that is not falsifiable by empirical evidence.

Marcus Singer/Don Locke: This response was first put forward by Marcus Singer in 1963, and endorsed by Don Locke. The argument is that while Russell’s hypothesis is not self-defeating in the sense that it is contradictory, it does disqualify itself as a hypothesis. This is because it rules out any possibility of there being evidence for or against it. It’s framed in such a way that it begs the question, and any question that makes it logically impossible to give an answer to must be a senseless question.

A Popular Approach: A popular approach to the problem is that we can use language to selectively discount competing hypotheses. If we consider the world came into being 5 minutes ago, we would refer to the memories formed in the last 5 minutes as remembering, but those before that as ‘remembering’. This linguistic change offers no theoretical benefits over the traditional hypothesis, and raises no different expectations in someone that hears it. Distinguishing things as ‘remembering’ and rememberging makes a distinction that has no practical use or application, as there is no distinction between the two types of remembering beyond the hypothesis. Making the distinction does nothing to actually prove the hypothesis, and still does not offer us a way of falsifying the hypothesis. So adopting the hypothesis demands us to make trivial, needless, and wasteful distinctions. Meaning that simplicity and economy of language appear to vindicate the acceptance of the standard hypothesis over such alternatives.

Another idea is that while there cannot be crucial evidence, there can be crucial consequences. Consider the idea of a cook in an old people’s home. The cook remembers shaking poison into one of the resident’s food, as does his assistant. The resident has also come into being in the middle of eating the food, so the resident has been created in such a way that they have already ingested the posion. An amount enough to kill them. However, this is a case of ‘remember’ and not remember. So the cook did not actually shake the poison into the food, the world just came into being that way. The difference between ‘remember’ and remember casts problems onto the idea of legal and moral responsibility. The cook would not deserve punishment, but it would appear that they did. So rejecting it based on linguistic reasons means that the cook may be punished for something that they in fact did not do. It appears wrong to discard a hypothesis simply based on linguistic problems when such crucial consequences exist between the hypotheses.

Joseph Wayne Smith and Sharyn Ward: The major defect with Russell’s World type hypotheses is a methodological one. They leave totally unexplained the mechanisms by which the universe sprang into existence. Nor do we have any explanation beyond magic and fantasy of how it is the case that the world is as it is. The evolutionary theory does not rule out the possibility that we can obtain knowledge of how the world came to be as it is at the present. So Russell’s World style hypotheses fail to achieve any kind of satisfactory sophistication as an explanatory hypothesis.

Bertrand Russell first put forward his teapot analogy in 1958 as a challenge to claims that positive atheism is irrational since nobody can disprove the existence of God. As he put it: ‘Nobody can prove that there is not between the Earth and Mars a china teapot revolving in an elliptical orbit, but nobody thinks this sufficiently likely to be taken into account in practice. I think the Christian God is just as unlikely.’

Also known as ‘the Celestial Teapot’, it has become popular in non-theist discussions and material. There are many today that argue that it is the idea that the burden of proof lies on the one making the claim, and it can be seen that way too of course.

For the full experience, we suggest the website: https://www.answers-in-reason.com/series/fresh-air/ as we provide a number of links to various resources discussed in the article, however, can be seen on a number of podcast outlets such as:  iTunes | Stitcher | Google Play | Spotify | Podplayer  – and we are not limited to these either, just search for Answers in Reason or Fresh AiR in your favourite podcast syndication.