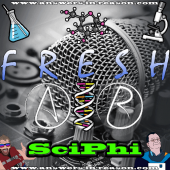 There are several different ‘dimensions’ of power. When most people consider ‘power’ they think of the idea of some individual or group having the ability to create obedience in another individual or group. Power can, in a sense, be considered as a ‘relationship between and among groups and/or individuals’.

While there are many different arguments about what power is, we will focus only on a few tonight, and for a few of those that we focus on we will only on focus the basics. Dahl (1957) gives his ‘intuitive idea of power’ as ‘A has power over B to the extent that A can get B to do something that B would not otherwise do’.

Weber (1967) defines power as ‘the probability that one actor within a social relationship will be in a position to carry out his own will despite resistance’. Weber here adds the idea of resistance to Dahl’s definition. So A has power B to the extent that A can get B to do something that B would not otherwise do, even if B resists’.

Weber’s definition, like Dahl’s, is based on confrontation and is relational. It could also be further refined into the category of ‘Power-over’ as described by Amy Allen (1998). In Allen’s (1998) work she breaks power down into several categories: ‘power-to’, ‘power-with’, and the aforementioned ‘power-over’.

The above two definitions from Dahl (1957) and Weber (1967) fall into the ‘power-over’ category, because it is ‘A having power-over B’. We could argue that it is also ‘power-to’ because it is ‘A having the power to get B to do something B does not want to do’, but it is the ‘power-over’ that drives this ‘power to’. If A did not have the power over B, then A would not have the power to make B do something.

However, as can be seen with Allen’s different categorisations of types of power, there is more than one dimension to power. Dahl (1957) and Weber (1967) could be considered one of those dimensions of power. Another dimension of power comes from Bachrach and Baratz (1962).

While most people understand, and can visibly see, the first dimension of power that is spoken about by people like Weber (1967) and Dahl (1957), this form of power is often less visible.

Bachrach and Baratz (1962) argue that ‘of course power is exercised when A participates in the making of decisions that affect B’. Their argument expands this though to say that ‘power is also exercised when A devotes his energies to creating or reinforcing social and political values and institutional practices that limit the scope of the political process to public consideration of only those issues which are comparatively innocuous to A’.

In other words, if A succeeds in limiting the discourse to only that which they find acceptable, then A has shown power over B. Bachrach and Baratz’s (1962) statement discusses it in terms of the political process, but this could be expanded to other elements as well of course.

If we consider something like a workplace that disallows the display of posters encouraging the joining of unions, or Facebook groups that remove all opposing opinions, or a manager that never allows those that might oppose their management to speak.

All of these are expressions of the same kind of ‘power-to’ that Bachrach and Baratz (1962) speak of, the power to shape the conversation, and the power to present only approved viewpoints.

Our thoughts might drift towards Newspeak and The Ministry of Truth in Orwell’s 1984, and this would indeed be a similar kind of idea; though taken to an extreme of course.

Orwell’s 1984 example is more akin to Foucault’s idea of power being the creation of subjectivities. An interesting topic for sure, but for now we will focus on Bachrach and Baratz’s (1962) concept of power, and how it relates to something like YouTube’s algorithm

Our Links
🏠 » Podcast » Philosophy
a

“God is dead! He remains dead! And we have killed him.”
by Friedrich Nietzsche