Home / Philosophy / Religion / ZZZ / Agnosticism – Who knows? Not me!!

Agnosticism – Who knows? Not me!!

Agnosticism – Who knows? Not me!! 5th August 2016 Alan The Atheist
PhilosophyReligionZZZ
0 Comment Even though this article is about agnosticism, and its modern application. I would like to start off with some definitions so there is no ambiguity from the get-go. Truth, fact and prove are words that get bandied around in the debate groups but some people do not actually seem to be to sure what they mean exactly. I have found even after defining them in debate people tend to try to press on with their arguments being wilfully ignorant of the presented definitions. I have even emailed myself the below definitions so I can just copy and paste them into debate comments because it comes up so often!! 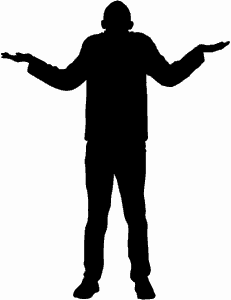 Someone who does not know, or believes that it is impossible to know, if a god exists

I am an agnostic, I am also an atheist. I have not been presented with any god propositions which I can accept due to a lack of supporting evidence. I also believe I can not say for sure that there is no creator god as there may well be but I have so far been able to pick holes in each and every argument for a god that has been put forward to me. I would expect to be able to do this for any to come. I find it the honest to reply to say, “I don’t know for sure”.

Truth and honesty in agnosticism

I am more than happy to say I don’t know the answers to some things. I watched a video where Matt Dillahunty from The Atheist Experience said he infuriated groups of Christians by saying he simply didn’t know the answer to their questions. That is the honest answer. It is preposterous to make up a more complex answer to explain an already complex question. It answers nothing. It complicates the point even more. “It was magic” is not an answer either.

I would prefer to be honest and truthful and be an agnostic than to claim something I couldn’t show to be true, especially when it comes to something so huge as how the universe definitely formed or whether we should chop off parts of our body. Religion has so many bad components that a knowledge claim can be a dangerous thing.

Agnostic theists, I have met some but not many. I think I would have more respect for those that admit their belief is faith based alone and that they can not know for sure, but that supremacist attitude I have experienced over and over wont allow many to admit this. 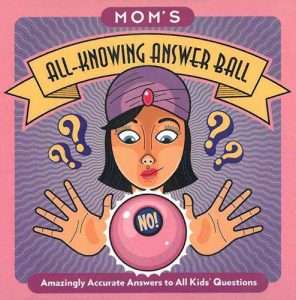 Relating to knowledge, especially knowledge that most people do not have.

So whaddya know? Or more importantly what can you show to be true. We can take the example of Sye Ten Bruggencate. He will claim to have absolute truth given to him by his God, Jehova because the bible says so. He will argue those without a belief in god can know nothing objectively therefore be sure about nothing. They cannot trust their senses to judge whether something be real or true, only those that believe in his god can know this.

Something of a self defeating argument because he used his senses to read the scripture to come to this conclusion. The reading of the scripture comes before knowing what it says with regards to the claim of assigned absolute truth. He has reduced his argument so far back that all it shows is a nihilistic reduction which shows if it were logical that nobody can know anything and nobody can trust their senses. Own goal!!

I would say we know nothing objectively however we can use the tools we use everyday to deduce that which is real and which is not. The same tools we use to not get hit crossing the road many times daily or the tools we use to deduce whether it is bacon or chicken cooking when we get home. We can ascertain that we are correct over and over again so we can rely ion those tools. Some cant, granted but they are a small few in comparison with the rest of the population.

Truth and honesty in gnosticism

The gnostic cannot know their god exists yet they claim absolute truth on the matter. As we can see by the definitions I presented at the beginning of the article truth must be factually correct which in turn can be proven to be just that. Yet each attempt to do so fails. this cannot therefore be considered a truth leaving us only to conclude the gnostic stance is not truthful and honest no matter how much they wish it to be. The divine fallacy in effect!!

I would say this is true also for gnostic atheists. I think we can rule out most every god proposition based on lack of evidence, or the claim being logically contradictory to itself yet can we say for sure that there is not a creator god that has not been proposed? In my opinion we cannot honestly do so. As an atheist I would love to be able to do so but it is just too much of a stretch for me. We can apply physics all we want but the laws of physics can not be shown to exists pre-expansion of our universe so as much as it suits the universe from nothing argument it also means we cant rule out a spiritual being, it pains me to admit this for the record!!

There seems an innate need in us to not have questions unanswered. So much so that people would rather accept answers which can not be shown to be true as true. This bamboozles me. Why settle for god did it when we cant show a god exists? Once we settle we stop looking but to me the quest for truth is of paramount importance. Each answer may then open up 10 or 20 or 200 more questions which to me is fantastic. Most scriptures I have come across tell believers in one way or another not to bear false witness. The gnostic stance in my humble opinion does nothing but bear false witness on the truth.

Catch you all soon guys and girls – Alan the (Agnostic)Atheist

Thank you to Socrates Nassir for the inspiration