Home / Religion / Science / The Answers Are Always In Reason, Never In Genesis!! Episode 2 – The Globular Cluster Strikes Back!!

The Answers Are Always In Reason, Never In Genesis!! Episode 2 – The Globular Cluster Strikes Back!!

The Answers Are Always In Reason, Never In Genesis!! Episode 2 – The Globular Cluster Strikes Back!! 6th April 2016 Alan The Atheist
ReligionScience
2 Comments
astrophysicscosmologygeology

The Answers Are Always In Reason, Never In Genesis!! Espisode 2 – The Globular Strikes Back!! 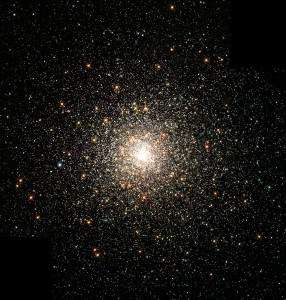 A long time ago in galaxies far, far away there were large compact spherical star clusters, old stars in the outer regions(halo) of a galaxy. A swarm of ancient stars very tightly bound by gravity.

Actually that was just for a Star Wars effect but our own galaxy, The Milky Way, has something like 150 to 180 such globular clusters with more to be found no doubt, so not so far away in the big scheme of the universe.

So why are you boring us with Cosmology Mr. The Atheist? What can these clusters tell us about the age of anything? CMD’s are probably what should be described initially to guide understanding, and please call me Alan.

Not to be confused with WMDs or GODs, CMD’s are basically a colour chart and have never had wars fought over their existence or lack of. It is one of the observational methods used to date globulars and stands for colour-magnitude diagram. This combined with knowledge of chemical composition and an average distance for the cluster and we can successfully date the older stars in a galaxy. There is a little more to it than just this which include theoretical isochrones. These are derived from the stellar evolutionary track which is based on the chemical mixture. For the more mathematically minded I will create a page which contains the equations used and will link to it here but the purpose of this article is really to introduce the methods used with a brief description of each without confusing the heck out of readers and myself!!

The traditional way of dating a globular cluster is to match the luminosity of the turnoff point on the cluster CMD (defined as the bluest or hottest point near the turnoff, see diagram below), to a theoretical isochrone derived for the appropriate cluster chemical composition. This simple approach has been justified by the extraordinary quality of the new Hubble Space Telescope data, and the equally remarkable strides in stellar structure theory in the last few years. The age of the oldest globular clusters M15, M68, M92 in Gigayears(Gyr) is 12Gyr. That is 12 billion years to you and I!! Source here, note it is a .PDF download of a paper presented by M. Salaris, S. Degl’Innocenti, A. Weiss (Max-Planck-Institut fuer Astrophysik).

The Return of the Light Source – Luminosity 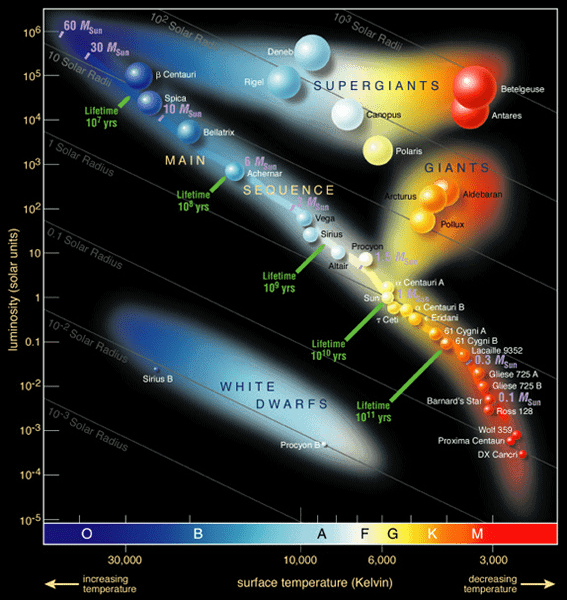 In astronomy, luminosity is the total amount of energy emitted by a star, galaxy, or other astronomical object per unit time. It is related to the brightness, which is the luminosity of an object in a given spectral region. Data is collected on visible light and radiant energy. As stars age they get brighter at rate which can be accurately estimated and measured. The diagram to the right displays how age is calculated during a stars main sequence of life, it is the Hertzsprung–Russell diagram plots the actual brightness (or absolute magnitude) of a star against its color index (represented as B−V). The main sequence is visible as a prominent diagonal band that runs from the upper left to the lower right.

A supernova event is the death of a star but fret not as this is perfectly natural and without a star exploding in the brightest stellar event known we simply would not be here. Without stellar nucleosynthesis and supernovae nucleosynthesis the heavier elements in our universe would not exist. It is true to say we are made of stardust.

The supernova 1A (1.44 solar mass) event is handy for dating the age of other stars because of its brightness. The method we use today to compare the apparent brightness of stars is rooted in antiquity. Hipparchus, a Greek astronomer who lived in the second century BC, is usually credited with formulating a system to classify the brightness of stars. He called the brightest star in each constellation “first magnitude.” Ptolemy, in 140 AD, refined Hipparchus’ system and used a 1 to 6 scale to compare star brightness, with 1 being the brightest and 6 the faintest. Astronomers in the mid-1800’s quantified these numbers and modified the old Greek system. Measurements demonstrated that 1st magnitude stars were 100 times brighter than 6th magnitude stars. It has also been calculated that the human eye perceives a one magnitude change as being 2.5 times brighter, so a change in 5 magnitudes would seem to be 2.55 (or approximately 100) times brighter. Therefore a difference of 5 magnitudes has been defined as being equal to a factor of exactly 100 in apparent brightness. Using a supernova 1A events magnitude we can estimate the distance of other stars and as per above if we know their distance we can extrapolate their age. If we know the luminosity we can work out the mass using the Mass-Luminosity equation. 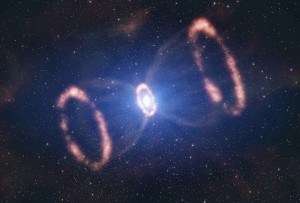 Cosmic jets or relativistic jet are jets of plasma that is ejected from some quasars that have powerful magnetic fields. It is conjectured that the jets are driven by the twisting of magnetic fields in an accretion disk (the plate-like cloud of matter) found encircling many celestial objects. In super-massive bodies, immensely strong magnetic fields force plasma from the accretion disk into a jet that shoots away perpendicular to the face of the disk. In some cases, these columns of plasma have been found to extend far enough to refute the idea of a young universe. For example, the quasar PKS 1127-145 has a relativistic jet exceeding one million light years in length. Because the speed of light cannot be exceeded, this column must be over one million years old.

Moreover, these jets are generally billions of light years from Earth, meaning they were at least a million years old several billion years ago again due to the distant starlight problem again. – Source 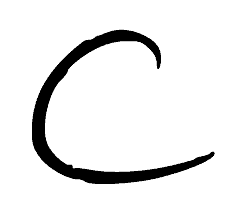 The speed of light in a vacuum is constant. We have been testing this for over 100 years and there is no reason to assume it changes or has changed over time. Some creationists would argue it must have, but we go back to presupposition and assumption. We have a natural nuclear reactor, found at Oklo in Gabon, West Africa. The Oklo reactor started up nearly two billion years ago when groundwater filtered through crevices in the rocks and mixed with uranium ore to trigger a fission reaction that was sustained for hundreds of thousands of years. Several studies that have analysed the relative concentrations of radioactive isotopes left behind at Oklo have concluded that nuclear reactions then were much the same as they are today. This is the  fine structure constant in action and it relies on 3 things. The charge of an electron, the constant speed of light in a vacuum and Planck’s Constant.  The Plancke Constant links the amount of energy a photon carries with the frequency of its electromagnetic wave. It is named after the physicist Max Planck. It is an important quantity in quantum physics. The natural nuclear reactor, found at Oklo remaining steady and constant shows the other factors are constant. So we have a record of the speed of light being constant, putting paid to YEC claims of a fluctuating speed of light. 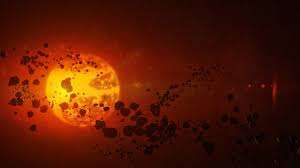 How is the weather(ing) up there?

Space weathering is the damage that occurs to any object exposed to the harsh environment of outer space. Bodies without atmospheres (including the Moon, Mercury, the asteroids, comets, and most of the moons of other planets). Extraterrestrial objects tend to develop a red tint as they age due to the effects of cosmic radiation and micrometeor impacts on their surfaces. We use different spectra of light when observing objects in space. This is not the only dating method used on asteroids but possibly the easiest to explain for the purposes of this article. Sunburn is probably the best way to explain this phenomenon. Researchers examined 8,416 asteroids, all members of “families” with similar orbits. These orbital relationships imply that all the objects in a particular grouping are the remains of a larger precursor body shattered by a collision. By tracing the orbits back in time, dynamicists can determine when the collision took place and thus the family’s age. The families used in the study range between 3 million and 3 billion years in age. Jedicke’s team combined this information with color data from the Sloan Digital Sky Survey to obtain their results.

I am going to leave it at that for now, I cant take too much more talk of heavenly bodies for the moment. I am planning Episode 3 will be a return to Earth and a look at some other geological features such as continental drift and nitrogen impurities in diamonds amongst others as references for dating an old earth. I hope you will join me there for that one.

If you have not read Episode 1 you can do so by clicking here.

Don’t forget to like our FB page and you can set yourself to get notification of all of our new articles and posts there.

Catch you all real soon – Alan

2 Responses to The Answers Are Always In Reason, Never In Genesis!! Episode 2 – The Globular Cluster Strikes Back!!