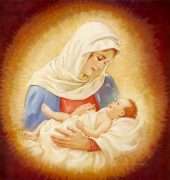 “We are all born atheist!” is something we have heard a lot. I’ve said it in the past. I am sure if you are an atheist you have said it too. But how true is that?

What is an Atheist?

An atheist is someone who subscribes to atheism. Atheism is polysemous (has many definitions).
We have gone over the definitions in our podcasts but the classical definition of atheism is “The belief God(s) do not exist”.

We understand other definitions of atheism like the modern weak atheist position which is the “lack belief in gods”. Language evolves, and its common use defines it. That is why this definition is acceptable especially in the realms of the internet or in the states. In other countries, especially with folks that do not debate online, the more classical, philosophical, definitions seem to be adhered to. I will use both in this article but first focus on the classical definitions.

We have discussed how “don’t believe” or disbelieve, in a normative sense (providing an epistemic answer to a proposition), is “believe not”. I covered this in more detail in CMT5 but I will recap here.

In logic, you have a proposition, which is a bivalent truth-apt statement. It can be true or false, or p and not p. The Not is represented by either ¬ or ~, e.g. ¬p. The ¬p then, essentially, creates an inverse or negated p.

Folks then apply their belief (or B) in regards to the proposition. (remember a belief is simply a positive attitude towards a proposition, or something you think is true/most likely)

For example; you have theism, p (The proposition “God Exists”) and a theist believes this;
Bp -The Belief God(s) Exist (which also is holds a ¬B¬p aka a lack of belief in gods not existing).

This is why there was also the third belief position which was ¬Bp ^ ¬B¬p – no belief in either proposition also known as unbelief in p. This was the current use for the term Agnostic when used in relation to a proposition.

However, folks often use the term descriptively to mean withholding belief. It is describing the psychological state rather than the active position and an epistemological answer on a belief.

If you don’t understand what I mean by this or are disagree, then I suggest reading Conflated and Misunderstood Terms – Volume 5: I Don’t Believe to understand the nuance. Or indeed if you are more interested how the logic workings then I recommend these articles for an overview:

So are we born Atheist?

We are born as blank templates. Assigning agency is part of an evolutionary survival trait, and we are therefore prone to superstition/paranoia. By blank template, I am of course referring to knowledge, memory, beliefs, cognitive functions etc. We do indeed have DNA that predisposes us to instincts and certain behaviours as we grow and mature.

A blank template does not hold any beliefs. As such we cannot say we are born atheist in a classical sense. I would use the term innocent.

In fact, if we HAVE to assign any of the 3 epistemic positions to a blank template it should be agnosticism due to the ignorance and lack of any beliefs, although we should not assign any position to a blank template/innocent. Even an agnostic has considered the proposition around God’s existence. A baby has not.

Of course, I am sure many will say “they lack belief in a god, so are atheist” although this is a modern definition of atheism, it does not hold up to the main philosophical definition. I will admit there are a number of different definitions, even within philosophy. A few argue that the psychological state of not believing, rather than the logical proposition of believing god(s) do not exist should be enough to classify one as an atheist.

One of the issues with the whole “lack belief” position is it does not give you any indication on what folks do believe.

The classical agnostic position is withholding judgement, perhaps due to not enough information to know if either atheism or theism is true, and therefore believing neither is true or false.

This ties in closely to the whole “lack belief” position atheists tout these days. They don’t believe gods exist but they don’t hold the belief “gods do not exist”.

This is why the psychological state of not believing, rather than the belief gods don’t exist, poses issues and muddies the water. However, it is the common use definition on the internet and in America, so we do have to acknowledge it.

I suppose using the modern muddy definition of atheism you could argue that we are born atheist, however, if you understand what a belief is, even a lack of belief, it is describing the mental state of an agent in regards to a proposition/thing. If X lacks belief in Y, we are describing the mental state of X in relation to Y. We are not describing something completely absent of belief in Y. As I am sure you have seen, if you take it to mean anything absent of the mental state, you can start referring to all things, including rocks and threadworms, as atheists.

The truth is we are not born with any knowledge (unless we can call base instincts knowledge) or beliefs, and these form as or cognitive functions develop and we are given information. We don’t even have the ability to consider propositions and hold beliefs, yet.

We are ignorant, which does fit how folks might have used agnosticism to particular topics, agnostic to evolutionary biology would have been ignorant/lacking knowledge in the said topic and therefore suspending judgement in its evaluation. So in that sense, we are agnostic to EVERYTHING, however, that ignorance also infers a sort of awareness. Perhaps, by the ignorance definition of agnosticism, we could argue that the default position is agnosticism. But of course, when discussing the theological proposition there is more to it, and a baby will not have any attitude towards the proposition “God Exists”.

The fact is though, whatever beliefs the child’s parents have, the child will hold for some time.

If we take this definition a step further to how some of the “New Atheism” movement describe atheism, as without a belief in God(s), and say babies are without a belief in god, it doesn’t matter if they can consider the proposition or not as by definition they have no belief in god so are atheist… this then applies to rocks, trees, testicles, computers, dogs, cabbages, people in comas with no brain activity (even if theist beforehand) etc are also all atheists.

Do you really want to broaden the spectrum of atheism to such an absurd level that anything without a belief in god is classified as an atheist? Do you really want a theist to compare the cognitive skills of an atheist to that of a cabbage? Is it fair to give philosophers such as Hume the same credence as a testicle?

An -ist is someone who subscribes to, or follows, and -ISM. The -ISM is the distinctive practice, system, or philosophy.

Even within this definition, it states you can’t be born an ist. If we consider what an -ISM is, we can see the absence or lack of belief doesn’t really fit the parameters of an -ISM too.

Saying we are all born atheist, regardless of your definition of atheism, is an incredibly weak and pointless statement. Making this argument makes you sound silly and that you are arguing for ideological reasons.

We are all born without any beliefs one way or the other, nor awareness of any of the topics to “lack belief” in.

If you HAVE to define a default position, an innocent or blank template is best, but if you want to use one of the 3 epistemological answers, the closest is agnosticism (but even that is wrong). It is only once a position has been considered and responded to can we truly say one is an atheist, theist or agnostic. Babies do not have the ability to do this. Yes, once a baby develops it can hold beliefs and it may be indoctrinated into a particular belief or allowed to research and make its own mind up (which could still lead it to theism). Till that point though, it is unfair to say it holds an active belief position.

We really shouldn’t be making these definitional changes and weak arguments to suit our narrative/ideology. 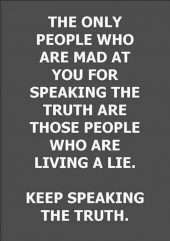 How can we know truth? A practical guide to reality Philosophy

What “Proof of God” justifies your position? (part four) Religion

Our Links
🏠 » Philosophy » Epistemology » Belief
a