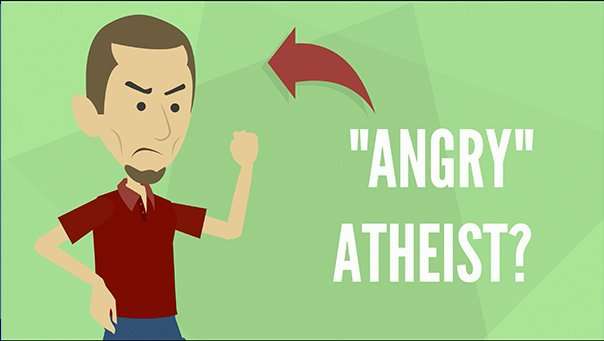 I get asked all the time why atheists are so angry. The short answer is we’re not, but if we do get angry it’s because we give a damn. 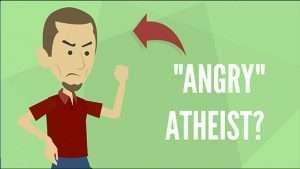 One hundred years – It’s not that long. There are people alive today older than that. My grandmother’s pushing that milestone. But a lot can change in that short amount of time. A hundred years ago, schools were segregated, women couldn’t vote, and homosexuals were institutionalized for the crime of loving each other. Ninety-eight years ago, the Spanish flu infected 500 million people and had a death toll over three times higher than World War I.

Since that time, a myriad of other disease have plagued our world, but smallpox was wiped from the planet through global vaccination efforts. Polio and measles have almost been entirely eliminated through vaccination and herd immunity. The Gates foundation is on the cusp of eradicating malaria within a generation, and Mark Zuckerberg and his wife Priscilla have pledged over three billion dollars towards the elimination of all diseases within the next hundred years.

In a hundred years, we went from Amelia Earhart’s momental, transatlantic flight to a world-wide interconnected network of thousands of commercial aircraft, from horses and model Ts to fast-charging electric cars, bullet trains, and highly intelligent ride-sharing networks. Agricultural breakthroughs brought us out of the dust bowl, and provided an abundance of food for billions. Wealth, health care, civil rights, life expectancy and the overall standard of living have all risen across the globe, while infant mortality, violence, and crime continue to fall.

And if that’s not enough, in our knack for exploration and discovery, we landed rovers on Mars and a probe on a comet. We have an affordable supercomputer in our pockets that’s millions of times more powerful than the one that landed man on the moon. Oh, and did I mention that we put man on the moon (more than once, by the way)? We can even bounce a laser off the retro-reflectors we left on there and measure the distance of the moon from the earth. With Moore’s law, computer power is doubling every couple years. Contrary to popular, Malthusian beliefs about scarcity, breakthroughs in water desalination, aquaculture, and agriculture are turning our planet into a world of abundance! This is without doubt the greatest time in history to be alive!

But every time there’s progress, there’s inevitably change, and when a powerful, conservative vanguard bases its identity around a doctrine that claims humanity is sinful, fallen, and things are only getting worse – an ideology that glorifies human suffering as a ticket for greater heavenly rewards – then why on earth would they bother contributing to progress when they could sit around for another 2,000 years playing spot the return of the Jew-God in an apocalyptic wet-dream. This way of thinking is anti-progressive quicksand – a science-stifling quagmire of the mind. And it’s justifiably maddening. So why do I get angry?

I get angry when a child dies from their parents’ self-perpetuated and societally-accepted ignorance – where they refuse life-saving medicine in favor of clasped hands and wishful thinking despite the fact that prayer studies have repeatedly debunked the efficacy of prayer! 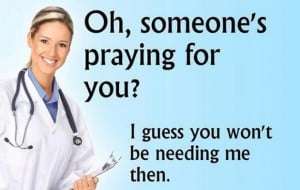 I get angry when the head of the Catholic church condemns the use of condoms in countries so aids-ridden that their unilateral adoption could have saved millions, and when scientifically-illiterate nitwits, deny evolution and climate change, get elected into public office, and then propose some of the most backwards and damaging laws, that affect all of us then fight to teach anti-scientific non-sense in schools (perpetuating the cycle of ignorance)!

I get angry when the same religion that initially opposed in vitro fertilization now blocks stem cell research on the clusters of cells in a petri dish left over from IVF that are just going to get thrown away anyway. Why? Because that’s a human soul, and every sperm is sacred!

Or when people like Mother Teresa get canonized as a saint, even though she created unhygienic houses of suffering, with abysmal conditions, that re-used needles and focused more on saving souls than saving lives, because as she so beautifully put it:

“I think it is very beautiful for the poor to accept their lot, to share it with the passion of Christ. I think the world is being much helped by the suffering of the poor people.” – Mother Teresa

She created disgusting places for the sick to go to get converted before they die in misery. Oh, but somehow elderly people suffering excruciating pain from stage 4 bone cancer are prohibited the right to euthanasia, because it’s somehow taking God’s will into their own hands. You’ve got to be kidding me!

I get angry when people are conned out of their money by faith healing charlatans who have been debunked time and time again, when they could be investing in their own future by donating to scientific research and advancement of the entire human race. I get angry when pseudo-scientific, New Age whackjobs sell untested placebos to the gullible, exploiting the needy, and when cold-reading fortune-tellers lie and take advantage of grieving and emotional parents in order to get a buck, saying they can talk to their dead children. That’s absolutely disgusting and unforgivably sick! I get angry when pseudo scientific practitioners of woo mislead millions to line their own pockets.

And I get angry when gays are killed, discriminated against, lobotomized, or shame-driven to suicide by religious bigots; when women, gays, and minorities are treated like second class citizens; and when a widely-revered, self-established institution claims the moral high ground while covering up the systematic raping of children. And they claim that atheists are immoral – the same atheists who call them on their crimes? Yeah, that’s why I get angry.

But it’s not anger that drives me, it’s a love of humanity, science, and progress. It’s hope of a verifiably brighter future, and excitement at the prospects of human potential. But If I do get angry, it’s because I give a damn, and so should you!

“The day before something is a breakthrough, it’s a crazy idea.”  – Dr. Peter Diamandis

What do you think? Are all Atheists Angry?

So what do you think? Are all atheists angry? Or is it more they get wound up by the wilful ignorance, diversionary tactics, projection, and other such annoyances from theists and science deniers alike?

Let us know your thoughts in the comments!

With Thanks to Holy Koolaid

This article has been reposted on behalf of and with permission from Holy Koolaid.

The original article can be found here: http://www.holykoolaid.com/angry-atheists-or-concerned-citizens/

You can also find Holy Koolaid on Youtube: https://www.youtube.com/channel/UCzvoUDoDu-cKIb11rg4ODDQ
Don’t forget to show the guy some love on twitter too: https://twitter.com/holykoolaid