Broken chains: addressing salvation through the sacrifice of Jesus 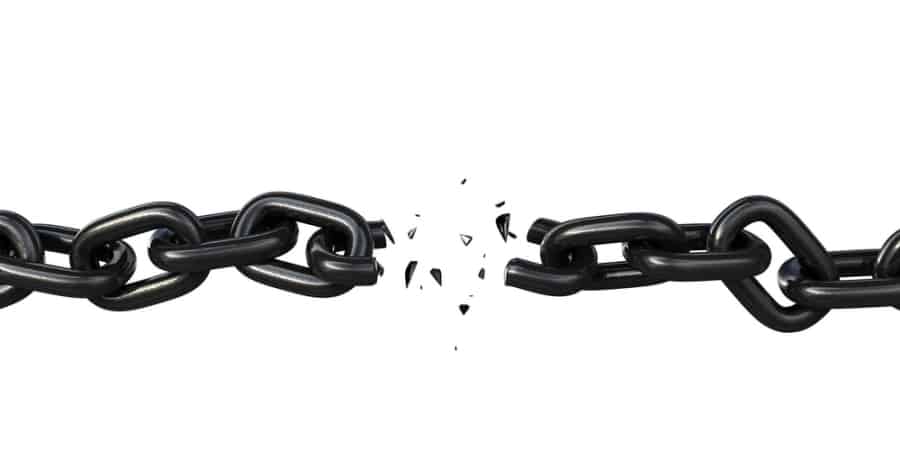 Addressing salvation through the sacrifice of Jesus

Salvation through the blood of Jesus, or simply through the sacrifice of Jesus seems to be accepted without question. In the early bible we see the Jewish people had competing religions fighting for membership, with the Bible authors denouncing the abomination of sacrificing the first born child by fire to Baal on numerous occasions. The worshiping of Baal only dies out in the biblical account when the worshippers are rounded up and slaughtered (in a completely human-driven act: 2 Kings 18). Even then, the idea of giving the first born child to a god reappears in the Bible on a few occasions- quite an embarrassment for a real, loving god to have the same desires as an idol.

There is of course agreement that no actual god Baal requested these sacrifices in the first place. We see in many ancient cultures that sacrificial rituals were very common, with human sacrifice being the ultimate price. The idea that our fearful and superstitious ancestors would have leapt to the conclusion that sacrifice of some sort might keep the angry gods at bay is an obvious and uncontentious conclusion.

The implication of the sacrifice is that God needs some magical exchange before he can grant salvation. An omnipotent, loving god could simply grant this through grace. So grace makes the sacrifice unnecessary.

There is robust information explaining how Jesus does not fulfil the messiah prophecies. So the claim of Jesus as the chosen king are unfounded.

The sacrifice of Jesus is a substitution sacrifice, a ritual Paul was familiar with. This is an old Jewish ritual where animals and produce are given in penance for human sins. Paul’s superstitious ancestors imagined power in blood and that this gift would appease an angry god. The need to atone for guilt is common in all human societies. It is an aspect of social cohesion and not a requirement of a god. So the magical power of sacrifice is unfounded.

Complex sacrifice and offering rituals were established by the priests and Moses along with a detailed set of rules about the size and types of sacrifice, the frequency, the various reasons where offerings are to be made. Many of these sacrifices were designed to give the best of the meat, crops and wine to the priests. The human motivations and absence of divine requirement is obvious. So the divine need for sacrifice is unfounded.

Moses- confessions of a conman

Moses himself apparently grew up in the Pharaoh’s palace. He saw the Pharaoh claiming to speak to the Egyptian gods, magicians doing tricks to convince others the gods were real, priests tithing the masses, claiming the Pharaoh’s power, taking offerings and sacrifices for profit. We see Moses them copy this exact religion, with his cousin as high priest and himself in the Pharaoh’s role. So the entire foundation of Judaism comes not from God speaking to Moses, but from Moses copying Egypt. Judaism as a true religion is unfounded. 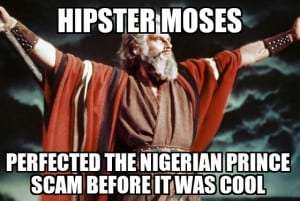 Moses is commonly credited as being responsible for documenting the first five books of the Bible, which includes Genesis- creation and flood myths which are contradicted many times over by the world and universe we live in- so Genesis is unfounded.
In addition Cain and Abel are the first to make sacrifices of food to a god. At no point in Genesis does god ask for this, and of course nor does he need it. This is one of the tell-tale signs in Genesis that the author grew up in a culture where sacrifice was already a custom, and so the act was just assumed to make sense. So sacrifice again is unfounded.

Design choices & Responsibility of the creator

All of this is documented in a book which reports that God wants to have a relationship with us and wants us to believe. The Bible claims god can communicate directly and provide direct evidence for belief. Yet despite being all powerful and these being his primary objectives for us he avoids the best solutions. If he wanted to communicate he could speak. If he wanted us to believe he could easily give proof. Instead we get exactly the same indirect contact that all false religions must use- calls for faith, books, prophets and preachers. False religions MUST use these things. A real god doesn’t need them. So God’s objectives are unfounded, and as the religion operates exactly like all false religions we can conclude this is a false religion.

We only need to break the chain at one point to show salvation through Jesus isn’t possible. I have shown that it fails at every step. The onus is on the theists to prove that every one of these issues is resolved. 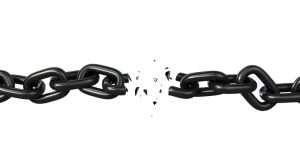 The challenge: theists need to address all the problems outlined. The best way to do so is to start from the ground up.
i.e. Prove the following in this order:
1-A reason for indirect communication
2-Faith over evidence
3-Responsibility of the creator
4-Design choices
5-Genesis unfounded
6-Moses the fraud
7-Sacrifices for God
8-Substitution sacrifices
9-Blood sacrifice
10-Unfounded messiah
11-Opinions of Paul
12-Paying for grace

The idea that the human sacrifice of Jesus would lead to salvation is not a surprising concept for the ancient Jews to assume. But when modern humans accept this without regard for our superstitious history, it leaves them back in time with the worshippers of Baal.