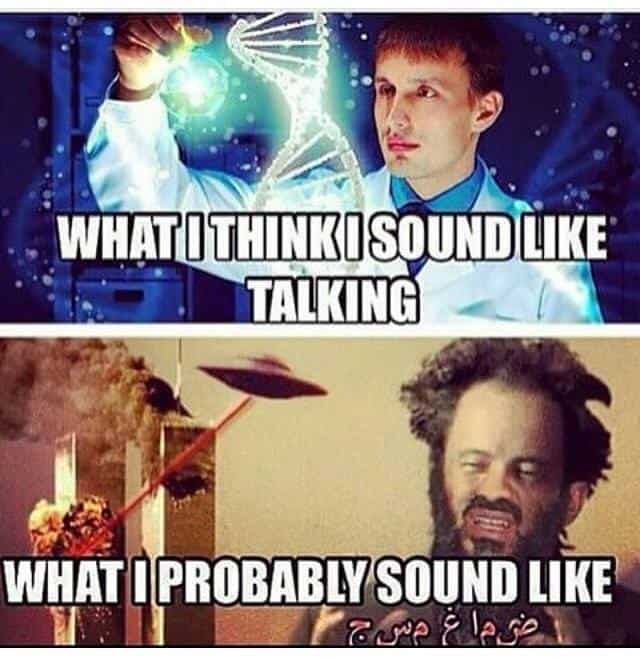 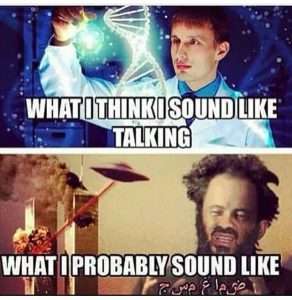 When we moved into our house, a neighbor stopped by and said he was hard up and offered cheap labor, I almost yelled, “Deal!” there and then. He was a tremendous help, and we proceeded to get together on occasion, and have tried to become friends, but his religious beliefs get in the way. At the same time I have an inability to challenge theists on their irrational, and imaginary as well as immoral beliefs. Also to be quite honest I do not feel safe around their dissonance and sometimes explosive responses to these difficult topics.

Since we first met we’ve gotten together 1/2 a dozen times and because of my OCD we of course discuss the problem of evil, but nothing ever swayed him; he always had an excuse which was of course justified by the same reason which was an attempt to support itself. Either way, he has a good heart, and his main focus in life is to be a good person. I like this about him.

After listening to Sam Harris on Morality and the Christian God, I started looking at the fact that Christianity is a Cult of Human Sacrifice with statutory rape and unnecessary torture or evil as its basic definition. From Seth Andrews / The Thinking Atheist and its video To Xmas and Beyond I learned the Hebrew word ‘almah’ was mistranslated in Matthew 1:23 and that it didn’t mean virgin when describing Mary, but instead meant “young women of marriageable age”. In those times, and in that area, the age was 14, therefore, the story is that of an infinitely old proposed deity impregnating a 14 year old after having her groomed by angels.

I took these ideas to various religious discussion groups as well as debate forums to have others challenge them, and I must say while some of the responses have been disturbing, others have been uncomfortably hysterical yet saddening. Some stopped responding, and some claimed we had different beliefs, and some just couldn’t believe the “facts and evidence” in the bible.

Because of this I was able to strengthen my argument and have the discussion with my friend to help him determine if the beliefs he holds have value, and ultimately rationalize the conflicting beliefs he held. Many want to be empathetic and moral, whereas others only want to appear empathetic and moral. It’s our natural state to be empathetic and moral due to sociological and evolutionary reasons, but because of genetics, environment, and diet in the form of family dysfunction, mental illness, and other factors such as religious beliefs; mental disorders do occur, sometimes resulting in evil.

For this dialectic, we’ll call my friend Mike, and unless you know me, I’ll go by David.

Prior to this conversation, I knew Mike had a rough childhood and that he’d been to prison for theft. He’d also shared a story of a huge inmate threatening him on his first day, and with tears flowing from his eyes due to the fear, he stood up for himself ready to receive the beating of his life. Probably due to inmate mentality, the guy changed his mind and said Mike wasn’t worth his time.

When he first got in the car, we greeted each other, and once we got settled and on the road I told him I wanted to talk to him about a couple deep subjects concerning morality and wanted his opinion on them. He was interested, so I proceeded.

I first asked if he had any children, and asked if he would agree that torturing them was wrong. I then explained how torture is defined as inflicting severe pain on someone as a punishment or to force them to do or say something, or even for the pleasure of the person inflicting the pain.

This includes spanking and the rationale behind this is if a child is mature enough to reason, then we should reason with them, and if they are not mature enough to reason, then they are unable to reason the correlation between doing wrong and being tortured. In a recent Massachusetts hearing, a foster family wanted to care for children from abusive homes, stating they would use corporal punishment to help direct the children to correct their behavior.

The court did not agree, and explained to the parents that these children did not need continued abuse. The parents accepted this, and tried to argue that they would instead not spank the foster children, but would continue to spank their own children.  The court again ruled that this was wrong as the foster children who had already been abused did not need to witness abuse. I then reiterated that inflicting pain on something as a punishment is the definition of torture.

I asked him if he could think of any situations where torture would be necessary or not defined as evil, but he couldn’t. I explained to him that I’d heard some people justify it as a means to get information from prisoners of war, but we created laws because our society had evolved morally and now viewed it as unethical.
During this, Mike told me he had been born to an abusive family, and at the age of four he was removed from his home by Child Services. Sadly, the foster family that got him was also abusive, and at the age of six, his hand was burned by an iron as a form of punishment. When he told me this, I assured him that evil does in fact exist and I was so very sorry he had to suffer that, but it wasn’t his fault. Instead of just leaving it at that, I explained to him that Narcissistic Sociopaths also exist, and they’re the ones that torture children. In defining Narcissism, I explained it was because they were abused, or witnessed abuse, and their feelings were never validated, they always tried to look their best, even when they looked horrible.

When their stance is challenged, and the thought someone might view them poorly, they behave as if they are about to receive the punishment of their life, and they lash out destructively to humiliate destroy the character of the other in order to “look” good. He again gave me some feedback about his childhood and the type of person he’s aspired to be.  He got it that fast, and there was freedom in his face as he finally felt validated from another for not being the cause.

We then turned the topic to murder, which to me is a fascinating subject.  We know it’s wrong to take another’s life, but what if the person being sacrificed is willing and wants to be sacrificed? Historically, the Vikings, Aztecs, and others have given human sacrifices to their gods for the belief that it would somehow give a benefit to their people whether in a society, culture, or religious belief.

So, we have to reason with this differently and ask ourselves if under any circumstances can we deem this to be unethical. While some countries, such as Saudi Arabia, find decapitation as a punishment for someone trying to have freedom of speech to be just, most do not. Then there’s the death penalty in America. Is that ethical? Are the actions of those who created these laws ethical?

Anytime there are opposing beliefs with such extreme circumstances with the possibility of ethical rights of freedom being violated it would be unethical for us to not question them. To any and all questions, we both agreed that it was absolutely immoral to kill someone.

Child molestation was saved for last because it’s the clincher to the trap I’ve sent, and because above all there are more people who agree with persecuting pedophiles than any other crime. However, some laws on this planet allow the worst possible, most disgusting and vile stories of pedophilia are considered moral by Iran and Saudi Arabia as long as they are married.

The age of consent laws vary from continent to continent and country to country and even state to state who usually agree that they are between 14 and 18 with no minimum in one country and another setting it at 21. There are even some that allow a three year window when the underage person is marginally close. Israel however is a bit strange as they base their laws on who is penetrating, and who is being penetrated. Which society is right? Who judges it? Who says whether or not the laws are based on moral and ethical principles? Is what is moral to others moral to us?

Scientists say we developed our morality and empathy through evolutionary events; we made fire and had barbeques where we socialized, but some believe their proposed deity defines our morality, so let’s discuss that. What would the god of the bible do?

Unless a person, or even a god or gods in this case has taken effort to change their ways, we can usually base a person’s future behaviors on their past behavior. So, let’s look at these topics from the bible’s perspective.

For starters, we have to look at the basic tenets of Christianity; the basic story itself #1 God loved us so much he created a hell and a devil to torture us for doing exactly as he’s planned since the beginning. When we wanted to enact self-will to change the course for a more positive outcome; well, he had that planned too. This is unnecessary evil as it’s for eternity, and there’s no benefit. If we love this kind of abuser back and have empathy and sympathize with his reasoning, then that is defined as Stockholm Syndrome. Lots of people love their parents who are sometimes physically abusive, and this is the same as torture is torture.

#2 The next thing we have to look at is the story of the virgin birth. This is where an infinitely old deity impregnated a 14 year old after having her groomed by angels. This is not moral or ethical in any current country as this defines statutory rape as the character Mary was already married to another.

#3 Finally Mike, I have to ask you; if you belonged to a cult rather than a religious belief, would you want to know? He responded positively, but said he was hesitant to hear it. Mike I said, Anthropology of Religion defines Magical Thinking with things like prayer, human sacrifice, and throwing salt over their shoulder believing it will have an affect on a Universal outcome.

It makes as much sense as stubbing your toe to pay someone’s rent or hula hooping to make a basket. It just doesn’t relate to other things. Sociologically speaking, when a society or culture engages in human sacrifice they’re still a society or culture, but when the head of a religious belief sacrifices himself to himself to save the people from himself, that is what Sociology defines as a Cult of Human Sacrifice, and its followers go to a child molesting worship center to worship a child molester with the belief he loves you so much he’s going to have you tortured forever and ever no matter what you do.