Atheism is not a religion. It is just a position on one topic. Whilst the term is polysemous, in some way shape or form it is a negation of the theistic claim.

This article hopes to examine how atheism is used as a political tool, and how some atheists have turned it into an ideology.

Bear in mind, I am an atheist, and respect most of our readership are also atheists. There will be certain elements of this article that might be hard to swallow, especially if this is the first time you have heard them. There is a very good chance that if you can get to the end of the article without raging, even if there are elements you disagree with, then it isn’t about you.

I actually spent a few months writing this article, trying to capture all the details, research the info, get the tone right and even got one of the other authors, ArtificalAgent, to assist on the politics and scientism section, as well as provide his own conclusion.

What is an ideology

Atheism is just a position on one topic. The existence of god(s). There should be no systems of ideas and ideals. It should not have a set of beliefs (e.g. doctrine), it should not form a political party.

Humans are tribal in nature though. With religion and politics being divisive, it’s no surprise that atheists would start to gravitate together and have similar ideas about things.

Because of our tribal nature, many atheists accept and only recognise one definition of atheism, but the atheism is polysemous.

What do I mean by atheism is polysemous?

Polysemous simply means that it has many definitions. They are all quite similar, but there is nuance.

Language evolves, so I am not going to say any of the definitions are wrong, although I do have a preference to the most logical definitions.

I do take issue when folks claim that their definition is the only definition, especially if it is one of the less logical definitions.

So what are the definitions of atheism?

The origin of atheism was Atheos, ἀ- (a-, “not”) +‎ θεός (theós, “god”). This was essentially used by anyone who didn’t accept the gods of the state (e.g. the Greek/Roman pantheon).

Christians were actually regarded as Atheos. That’s right, Christians were technically some of the first atheists. Anyway if you’re interested in this topic in a bit more detail check this article. The rest of the definitions are as follows (although not restricted to):

These last 2 are the modern definitions used by atheists. Remember, with language common use is what defines words, so the fact these definitions are quite prevalent in the states and internet means these “lack belief” definitions are currently valid. It is interesting to note outside of the states, especially with those that do not get involved with online debate and the “atheist community” the more classical definitions are usually used e.g. “The belief god(s) do not exist”.

What could the modern “lack” definition mean?

If you understand formal logic, you will understand a lack of belief and disbelief are 2 different things.

Disbelief is often conflated with Unbelief/Non-belief. In logic, disbelief in P is the same as belief in not P.

Unbelief is more a state of withholding judgement. It’s neither a positive or negative attitude towards a proposition.

This is closer to the classic agnostic position. What this modern definition does is include anyone that is not a theist as an atheist, and have even redefined agnostic to ONLY be about knowledge.

To further explain, “lack belief in god existing” does not answer the proposition in a clear way. For;

It is interesting though, instead of there being 3 answers to the proposition, there are only 2. Suddenly every non-theist is an atheist, rather than either an agnostic or an atheist. It’s almost like there is “power in numbers” and someone has an agenda.

In fact, many do appeal to Aron Ra and Matt Dillahunty as they do perpetuate the whole atheism = without theism over the classic definition.

Is it correct to ignore formal logic and expand the parameters in this way?
Could there be an ulterior motive for this being the case?
Do numbers give you an edge in politics? Could this be the reason for the change in the definition?

What is the most logical definition of atheism?

Using formal logic to answer the proposition “gods exist”, this is the belief gods do not exist.

Many folks mistakenly think this is a claim of absolute certainty. This is not the case.

They also think this means you have to provide evidence for this belief. This is not the case.

Simply put, the burden on a belief is to make it rational. This can be done through logical reasoning, not committing fallacies, and having no contradictory evidence. Having supporting evidence is a bonus, but not a requirement.

Interestingly in a recent debate discussing how logic works with the propositions on twitter, a couple of folks admitted based on those parameters they actually fit option C (agnostic) rather than B (atheist) but identify as B (atheist) as it carries more weight behind it.

I appreciate their honesty, but it does seem odd that it would matter how much weight there was behind your position, unless you have some sort of agenda.

This article explains how formal logic is used in regards to a proposition.

There is no agnostic middle ground!

It is common to find, especially among atheists, the modifiers gnostic and agnostic being used in front of atheist. There is the claim that agnostic only deals with knowledge and therefore agnostic atheist is “honest” by saying “I don’t know, but I don’t believe”. This is something I used to call myself until I increased my epistemological understanding, and considered what I DO believe. I also looked into the history of these words, and the person who coined agnosticism, Huxely, did so to say that because neither theism or atheism could be known to be true (or false) one should withhold judgment and believe neither are true.

Agnostic was also then used to describe ignorance on a topic. Not simply I don’t know but if you spoke to someone about evolutionary biology that didn’t know anything about it they would say they are agnostic towards that topic, meaning they haven’t made a judgement to whether it is true or false because they don’t have enough knowledge of said topic.

So knowing a little bit about what agnostic actually means, you can see the term “agnostic atheist” actually means something more like, “I don’t know if I hold the belief god does not exist or not”.

Of course, as I have said, language is defined through use, so if you are not using the language in a formal way or in an academic setting, and are primarily using it on the internet then agnostic atheist is defined as “I don’t know if a god exists, but I don’t believe one does”.

The interesting thing is, I have heard many claim that this agnostic middle ground does not exist. Many atheists claim that if you are not a theist, as in a non-theist, you are an atheist. That atheism is without-theism. I was even reading an article by Aron Ra the other day that said just this. Typically it just uses a modern dictionary definition and whilst he nods to Huxley’s original definition, he bends it claiming agnostics are atheists. I am sure many just nod and agree. Us atheists are not guilt-free from logical fallacies. Many appeal authority with folks like Ra. He ignores the rest of the philosophy on the matter or any logic around propositions.

Whilst I have respect for Ra, his understanding of science, and the work he does over in the states trying to protect schools from creationism and the like, his epistemological understanding seems a bit weak. I’ve seen many posts and the like where he seems to get the definition of a belief wrong, saying he doesn’t believe things, he knows them etc.

In the article he even mentions that they are “hurting us as a movement by helping the apologists keep our numbers reported much lower than they really are” – so again it seems like his non-theist = atheist has more of an ideological reason than a logical one. That said, I think the work he does is good, and he needs the numbers, however perhaps instead of trying to collect everyone who is not a theist into the banner of atheism, perhaps let non-theists that are not atheists be just that and be more inclusive? I don’t think any non-theist would want religion in schools.

Edit 12/02/2020 – I was sent an article that actually breaks down a number of issues with the aforementioned article, and is similar to a number of posts I’ve made about logic and beliefs. “My far too lengthy response to Mr. Ra’s Pathos blog about Mr. Agnostic.“

The humptidumptyism of Atheism to being without theism is as new as 1972 proposed by flew but it didn’t really carry much weight until the last 10-15 years or so of being on the internet. I assume that this redefinition had a political edge in America, a place plagued by religion, that it became more common use, and a large number of folks who discuss religion on the internet are American, and therefore these new definitions of atheism and agnosticism became common use.

I’ve said a number of times that language evolves. This is fine. I can accept people using these less logical/less formal definitions, but I do get frustrated when folks try and say that “lack belief is the only definition”, “there is no agnostic middle ground”, or worse, try and tell me that my position “The belief gods do not exist” is somehow claiming knowledge, 100% certainty, that I am a “gnostic atheist” or anything else like that because they are categorically wrong. I’ve even been told that my belief means i am an “anti-theist” – but an anti-theist is someone who is against theists/theism. Again they are wrong. Use your definition, fine, I will accept that. Don’t try and tell me mine, or claim yours is the “only” definition.

It’s honestly like trying to watch a creationist debunk evolution by using terms like “kinds” and a “change in kind”. I personally think if you’re going to do philosophy (which is what most atheists are doing, seemingly unknowingly) then you should use the philosophical definitions. At the very least, you should look into the topics you are discussing and accept that your definitions are not the only one. 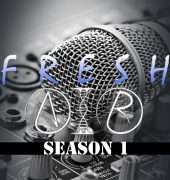 Why Agnostic and not Agnostist? Agnosticism

‘What If You’re Wrong?’ Atheism