I’m an atheist, I believe gods do not exist, though atheism is polysemous so not all atheists use it that way and I want to address a term some atheists use known as agnostic atheism.

This article is the written form of the video, so, if you prefer to watch, please check the below:

Agnostic atheism is a term popularised on the internet, though does have roots much older than the internet, and whilst linguistically valid, poses a number of different issues that collectively make a larger issue.

Many agnostic atheists will say they don’t claim to know if gods exist or not but they don’t believe in gods, whilst maintaining they don’t hold the belief gods do not exist.

This seems to operate the same position as an agnostic.

When one is agnostic towards a proposition, it means they suspend judgement, they neither think it is true or false.

For example, If one is agnostic about evolution, they are not sure if it is true or false. They suspend judgement.

To that end, it also looks like you are saying you are agnostic about atheism, you’re not sure if you’re an atheist or not. I know that’s not what you mean by this, but that is how it looks, especially to those that understand the way these words are normatively or commonly defined, especially within philosophy and outside of these internet atheist circles.

Of course, allowing this both ways we then end up with an issue for the person that only lacks belief in gods without believing gods don’t exist, they also lack belief in gods not existing so under these definitions end up in a contradiction of theistic atheist or atheistic theist.

Then an Agnostic Atheist or anyone suspending judgement in the god proposition: (¬Bp ^ ¬B¬p) is both theist and atheist.

There is a Lack of consistency between agnostic atheists and what they mean by it – both agnosticism and atheism are polysemous and this seems to carry over to agnostic atheism.

Some might use hard agnosticism, the claim that no one can know whether gods or the supernatural exists or not with some form of atheism, often the “don’t believe” kind… Some take direct translations of the roots without an understanding of their uses at the time, or today, and end up with don’t know without gods or mix and matches of the terms and various uses.

For an example of some of the different takes on this please check the following article:

5. Misunderstanding how the term Agnostic was Coined and Used in other Circles.

There is a misunderstanding, or perhaps even some ignorance, of how the term agnostic came about and is actively used today outside of the circles that use agnostic atheism as a term. Agnostic was originally coined by TH Huxley as a response to both the theists and atheists of his times that acted like they were “gnostics” – the gnostics were Christians that claimed to have a special knowledge-of god.

Huxley felt both the theists and atheists of his time were so arrogant and certain in their positions that they were right and the others were wrong that he wanted a label that described his specific position. Hence agnostic.

He described agnosticism as the epistemological principle in which we should not say we believe or know that which we have no scientific evidence for. Essentially, suspend judgement, at least externally, if you are without a sufficient warrant for the position. It was also used for topics people were uninformed or ignorant of.

Perhaps one was agnostic about evolution if they hadn’t had the time to view the evidence. Over time this term seemed to take a variety of paths, with evidentialism being a more strict and restrictive form of agnosticism and there being two forms of agnosticism dealing with gods existence.

Agnostic is also used in propositional logic as the suspense of judgement position. If you “don’t know” or are “uncertain” or “not convinced” if the proposition is true or false, you are agnostic.

There are also problems with some agnostic atheists and the behaviours they demonstrate.

Agnostic Atheism is superfluous, especially if you think atheism is only a lack of belief. You’re within your right to use it that way, atheism is polysemous – but as we’ve been discussing in the series about Epistemology and various theories of knowledge, knowledge is a subset of belief and if you don’t believe something you’re already saying you don’t have knowledge.

Knowledge, a subset of belief (shorts)

Claims about agnostic “only dealing with knowledge” or statements like “one answers what you know the other what you believe” – knowledge is a subset of belief, and if you look to the etymology of Agnostic – it was coined by Huxley, as mentioned in point 5, to deal with knowledge and belief as a response to those that acted like the Gnostics… and if you look into the etymology of Gnostic it has a number of iterations from the original Gno which all seem to be speaking of certainty, awareness or knowledge-of rather than the epistemological form, knowledge-that which has its root in Episteme.

If agnostic atheism is “Don’t know if gods exist but don’t believe in them” It makes your answer unclear in an epistemic sense, that is to say, you are not providing an epistemic answer to the proposition “god exists” and therefore we cannot accurately infer what you do and don’t believe without follow up questions and it seems to negate a lot of the other positions that people might hold, making everyone, and to some people everything, not theist an atheist.

10. Certainty and Changing a Mind

For example, they are clearly not open to changing their mind on agnostic atheism or the polysemous nature of these terms (many still maintain only one definition of atheism for example) or how their statement is somewhat unclear.

None of these points are supposed to be taken in a way of telling you that you cannot use agnostic atheism or atheism how you want, it’s just to draw your attention to the fact that there are other ways the language is used and draw attention to various behaviours that should perhaps be avoided. 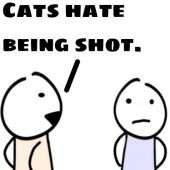 ‘What If You’re Wrong?’ Atheism 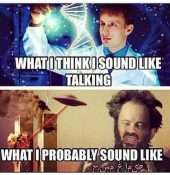 Is Compatibilist Free Will Free or Will? Free Will