Home / Atheism / ZZZ / Logic, And Why God Isn’t The Answer

Logic, And Why God Isn’t The Answer 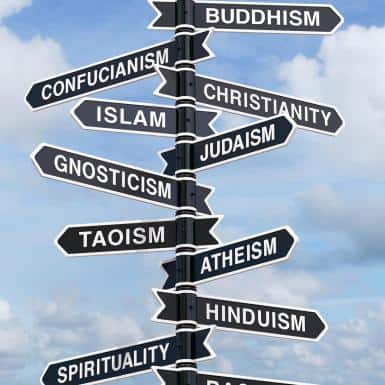 I have to assume that this is because of a misunderstanding of logic itself. Just because you have intellectually justified something, does NOT mean that it was done so through logic.

To demonstrate this, I will guide you through the three different types of logic first, and then explain why God cannot be the conclusion for them.

Deductive Logic is the most accurate way of finding a definitive answer. It is looking at a complete set of information that unquestionably points to a specific answer.

For Example: I have left a chocolate cake alone in a room with my son. I have locked the door when I left, and there are no windows in the room. When I return, the cake is gone, the room is clean, my son has chocolate crumbs around his mouth, and a stomach ache from a sugar crash.

In this example there is enough evidence to point to only one answer. My son has definitely eaten the cake.

Inductive Logic is a good way of predicting results, but is not definitely right. It is looking at an incomplete set of information, but that is enough to indicate a pattern from which we can estimate other results.

For Example: I have repeated the example from the Deductive Logic section several times, and the result has always been the same. I repeat the actions again. I leave my son locked in a room with a chocolate cake. As I approach the door I can hear him moaning in pain on the other side.

In this example it is entirely reasonable for me to induce that my son has eaten the cake again. But the important difference is that I don’t actually know. He may have fallen over, or had a sudden onset of Appendicitis.

Abductive logic is another way of figuring out what is likely, but not necessarily true. It is making an observation, and working out the simplest answer to fit.

For Example: Similarly to the original example, I have left a cake in a room, but this time I have left the door unlocked. When I return i see my son hurrying away from the door, and find that the cake is gone.

In this example the simplest solution is that my son has eaten the cake, and hurried away so as to not get caught. But there is no way of proving this with the information that is available at the time.

And now why God cannot be the reasonable conclusion for any of these.

For God to be the conclusion for Deductive Logic, we would have to have an amount of evidence that CANNOT be attributed to anything else. The evidence would have to point to God as the ONLY possible solution.

For God to be the conclusion for Abductive Logic, it would have to answer more questions than it raises. Where this may have been the case in the past, in times when science hadn’t answered so many of the fundemental questions that we have, it is certainly not the case anymore.

You may be able to find a way, as a Theist, to intellectually justify your belief in God. But PLEASE stop saying it is logical. It isn’t. You are doing a disservice to logic, and you are doing harm to your own intelligence in the eyes of people that know how logic works.