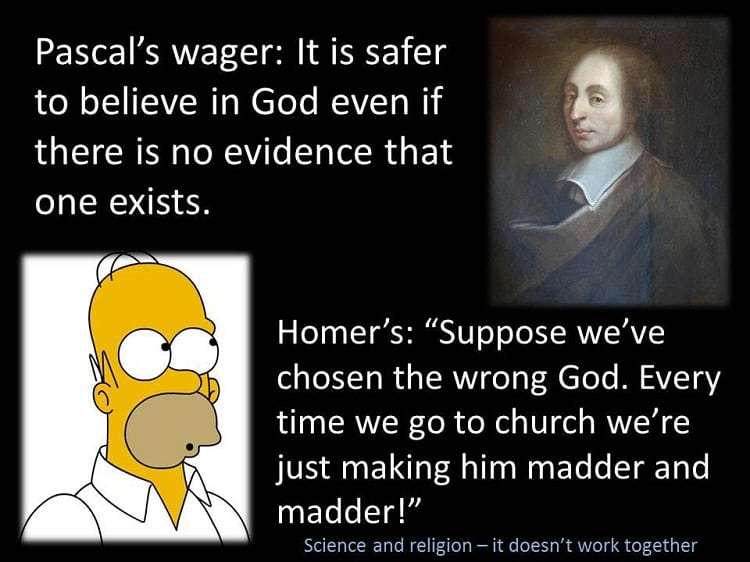 Blaise Pascal was a French mathematician, physicist, and religious philosopher who set a wager. Pascal’s wager is that it is in one’s own best interest to behave as if God exists, since the possibility of eternal punishment in hell outweighs any advantage of believing otherwise. Belief is a wise wager. Granted that faith cannot be proved, what harm will come to you if you gamble on its truth and it proves false? If you gain, you gain all; if you lose, you lose nothing. Wager, then, without hesitation, that He exists.

The wager has a major flaw in it. See, if he is exclusive, it shows bias in the wager and works against him. If he includes all possible gods in his wager, it also works against him. Any mathematician knows that more of the whole increases the percentage and therefore chances of being correct. In short, Pascal’s wager is built upon a foundation of bias towards belief in a certain god not just gods in general.

What would happen if we included all the other possible gods?

Let us say you hold to the belief of one God being the One True God… OK, fine….You might very well be correct. But, what are the odds?

The total possible number of Gods believed in is well over 2000. (according to the Encyclopaedia of Gods: there are over 2,500)
So, let us go off of the number 2000, since it is such a nice round number. The belief in one God being the one true God out of the possible 2000 Gods has a 0.05% chance of being correct. There is 99.95% chance of you being wrong. In order to even make it to 1% you would have to believe in at least 20 gods. I have created 5 total gods throughout my lifetime. Out of a possible 2000, my 5 gods gives me a .25% chance. My percentage is a whopping 400% more of a chance of being correct than monotheists.

To gamble with one’s own soul. 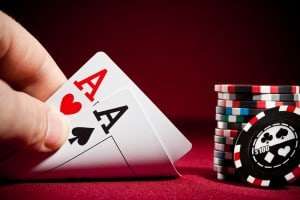 I call this the believer’s paradox. If the belief claims, gambling is a sin, there exists no way for the believer to believe without also sinning and damning themselves. Some beliefs contain the option of repentance, though you need to believe first and after the repentance, making it so you are in a constant state of gambling and therefore a perpetual sinner incapable of repentance.

If in the belief gambling is a sin and to believe is to gamble with one’s own soul, why believe? Is it not in one’s own best interest to behave as if no God exists, since the possibility of being wrong is so high and if wrong then the possibility of eternal punishment in a hell outweighs any advantage of believing otherwise?