Why do Christians and Muslims Reject Evolution? 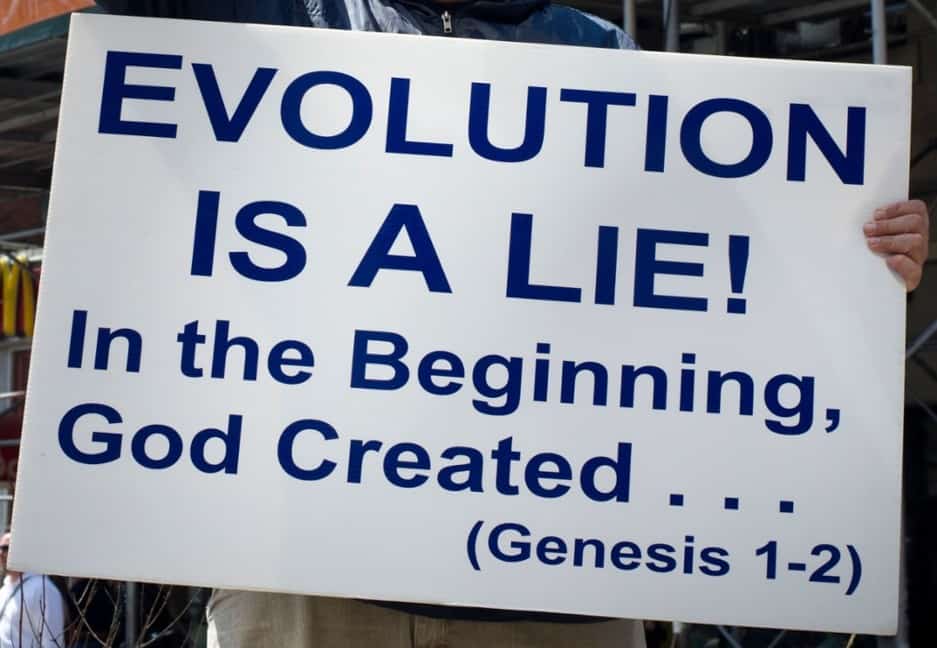 This is a big one for Christians. At least the Christians that take the origin and original sin story as literal. The logic is quite simple.

As far as the Bible is concerned:

*The reason I specify scriptural here is that there is a mitrochodrial “Eve” and ancient common male anscestor “Adam” that we could link to about 135k years ago, although they likely didn’t know each other. Read the article “Genetic Adam and Eve Uncovered“.

Of course if you do not take the story as literal, you can accept evolution and still have faith.

Evolution means we were not created AS IS.

As Islam does not have the concept of original sin (although it does borrow the Adam and Even story, along with a number of other elements, and the same God) this one is very important to both Muslims and Christians.

And the LORD God formed man of the dust of the ground, and breathed into his nostrils the breath of life; and man became a living soul. (Genesis 2:7)

Again, if you take these as metaphor then your faith can remain in tact.

The only positive thing that can be taken from the image on the right/above is admitting that he doesn’t know and doesn’t understand. This is important. This is no reason to reject evolution. In fact when we don’t know or understand something, it is important to take the extra time to gain understanding of it.

Unfortunately this is where Luke fell down. He chose: “I don’t know, therefore God.”

Bible and Qur’an Literalists and Inerrantists.

A literalist is someone who takes the Bible or Qur’an as the literal word of God. None of it is metaphor, creation happens as described in said holy book. They reject evolution based on this.

Most literalists are also inerrantists. An inerrantist is someone who thinks their holy book is without error. They come up with excuses for the contradictions and items that would be otherwise considered erroneous.

These excuses are know as apologetics. In some respects referring to them as apologetics is ironic, as the definition is “reasoned arguments or writings in justification of something”. There is very little reason in theological apologetics.

Tales of a Recovering Answer Addict.

This is the tale of an ex YEC apologist who used to volunteer for Answers in Genesis.

“I was hoping to find biblical evidence against evolution, but instead I found no evidence that Genesis was concerned with any modern scientific view of origins.”

“As an evolutionary creationist, the lack of answers to every single scientific question does not dissuade me from believing in a well-substantiated scientific theory. Rather, it encourages me to pursue the answers, with the expectation that no matter what science discovers, it’s all part of God’s good world.”

The story was a young boy’s struggle from YEC to evolutionary creationist. Essentially how he came to realise that the Bible is not a science book, and may not be the exact word of God. It deals with things in a different way to science. It is also the acceptance that science gives us the HOW things were done whilst not addressing the WHY.

You CAN believe in God (or at least a god) and accept well established scientific theories.

Indoctrination is the process of forcibly inculcating ideas, attitudes, cognitive strategies or a professional methodology by coercion.

When this is done to children they are far more susceptible to ideas. Who remembers believing in ‘Santa Claus’ and ‘The Tooth Fairy’? We trusted our parents, they said it was true, therefore it was.

Not to mention that, unlike Santa, their parents still believe. Sure they lied about Santa, but God?! Of course God is real. I mean… the Bible (or chosen holy book) has to be true, right?

Isn’t it funny how all children are the religion of their parents, and their religion is the one true religion? We are all born without faith. Any of us who have faith as children, were given that faith (and all our early knowledge) by our parents. This is not surprising.

In many countries evolution is not taught till children are in their teens. They have had years of deluded stories filling their brains before they start to hear reason. It is no wonder that evolution is rejected as false!

Further to indoctrination, some children are not even allowed to be in science classes that teach evolution. They never learn about it, never understand it, and when they hear about it in later life, it just sounds silly or too hard to understand.

Kids supplied with strawman arguments for false ideas of evolution.

The indoctrinated children that are allowed to attend the science classes often are primed by their parents with strawman arguments. Their parents teach a fallacious version of evolution which is easy for them to make seem ridiculous. They repeat these arguments in class and throw off the lesson.

In some instances the teachers cannot rebuke the rejection as they are not well versed in evolution themselves. They are teaching from a text book. Some are even creationists themselves and look for any excuse to derail the lesson to their own agenda.

It might be hard to believe but some people reject evolution based on a fear of rejection themselves. In my time in debate groups I have met people that have become atheists or changed faiths and been rejected by their family. We even have family members that married in to different faiths (or married atheists) that were disowned by said family. Glossing over the point that that shows a sincere lack of love and outside a lot of religious teachings for a moment, you can see that this is a genuine fear.

In a community where evolution is rejected, even if one keeps their faith intact, accepting evolution could make one a social pariah.

If you are part of a creationist culture, evolution would be a big no no. Creationists are not only literalists but also inerrantists. They reject evolution because it contradicts their story of creation. They view anyone that doesn’t accept the story of creation as “not a true Christian/Muslim”. Whilst we might understand this is a “No True Scotsman” fallacy, it wont change their opinion.

This is possibly the hardest cycle to get out of. Not many people would risk their friends, family, and entire way of life for an idea (regardless of how factual said idea may be). Add in that “honour thy mother and father” is one of Ten Commandments it can difficult to justify going against their will.

We have covered some of the common arguments Christians and Muslims use to reject evolution. These largely consist of a serious lack of understanding, perhaps from a lack of education.

We have also covered reasons why Christians and Muslims reject evolution. Those that reject evolution are usually those that take their holy book and origin story as a literal truth. The other main issue is around the inability to separate the philosophical and metaphorical “why we are here” stories from the scientific and evidenced reality of “how we got here”.

This is often caused by childhood indoctrination and a desperation to cling to belief.

Rejecting any well established scientific theory makes no sense. If your beliefs do not tie in with the evidence then perhaps you should critically examine your beliefs before waging war against something you do not fully understand.

It is worth noting that evolution is actually a fact. I make note of evolutionary theory throughout the article as this is one of the main premises it is rejected upon. Simply put, the theory is the explanation of what has happened, and the fact is evolution has happened.

“Scientific understanding requires both facts and theories that can explain those facts in a coherent manner. Evolution, in this context, is both a fact and a theory. It is an incontrovertible fact that organisms have changed, or evolved, during the history of life on Earth.” – biologist Richard Lenski

Special thanks to the team here whom I asked for input when I first started writing this article. It was quite a big topic so I wanted to be sure I had covered all the bases, and they put forward a few points I had missed.

I’d also like to thank Andrew Nickols and the folks from various debate groups for pointing out elements where metaphor is used and should cleared up and areas where I should perhaps go in to more detail. Especially where I used commonly accepted colloquial terms to make it easy for the reader, but didn’t include the accurate explanation. 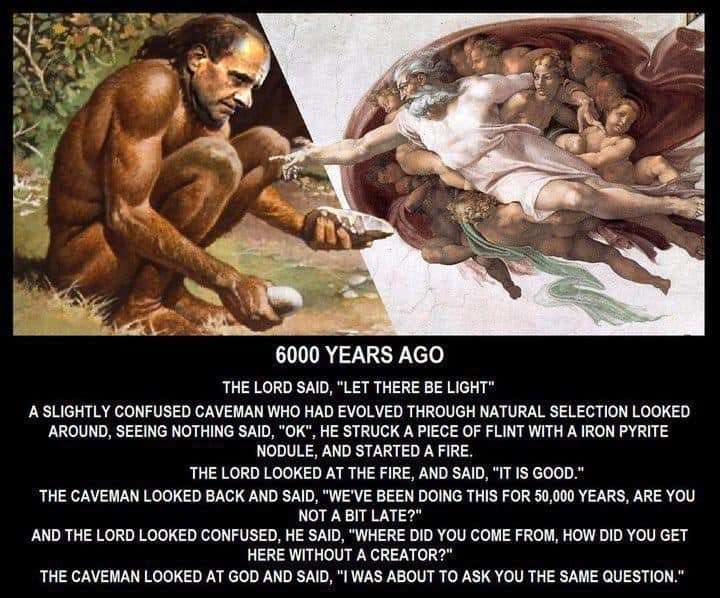 4 Responses to Why do Christians and Muslims Reject Evolution?