We all know it, “If you walk across the beach of an uninhabited island, having never met another human being and find a watch, you would know it was made by a fellow human being. This is apparent too when we look at nature” – The Watchmaker Argument. We come across this argument, or attempt to argue this point all too frequently, and quite frankly, it’s annoying to say the least. Annoying and wrong, and here is why….

The premise of this argument is that there is a significant difference between man-made objects and objects designed by god or “an intelligent designer”. The experienced debaters among you, might already have raised their red flags and sounded the fallacy alarm, because this is a self-defeating premise. The problem is that if we accept this argument, the premise becomes void, because the one thing we understand to not have been designed, would be designed. This would mean that in fact, we haven’t the ability to discern between designed and not designed features, as the premise would have us believe. If, on the other hand, we do not accept this argument, the premise would remain in tact.

Reasoning behind the watchmaker argument 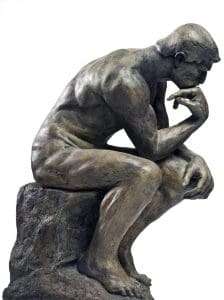 The reasoning behind this argument is that because there is a difference in aesthetics and function we can discern the difference between designed and not designed objects, systems etc. just by looking at them. There is, however,  no reason why we would recognize the work of a fellow human being as being the work of a fellow human being, without having an additional reason to. If, for instance, we stumble upon a cave while trekking through the mountains, we have no reason to assume it was man-made, nor that it formed naturally as a result of plate tectonics and rocky structure. Similarly, if we do not know what a watch is or what the watch is for (which is the case when we look toward nature, our planet and/or our existence) we have no reason to say it was man-made.

Evidence for this, is obtained from a documentary that aired first somewhere in the ’90s on BBC, I believe it was called Meet The Natives, but I haven’t been able to track it down, unfortunately (if anyone knows exactly which documentary it is, please notify me so I can insert a link and watch it again) in which a tribesman was taken into a modern city. afterwards, he was asked what he saw. The man replied: “nothing, except for a weird beast that could carry very much bananas.” The man, of course, didn’t see nothing, he just lacked the frame of reference to describe what he saw. But the fact that he referred to a truck carrying bananas as a “weird beast”, is the significant part of this documentary. The man had mistaken a man-made, mechanical device for a product of nature. Of course, the absence of a frame of reference, makes this argumentation rather doubtful. The fact remains, though, that the man had no frame of reference. Seeing as we have no better frame of reference for the situation this argument puts us in, we are forced to conclude the obvious; that this reasoning is baseless and/or an assumption.

There is another well-known analogy to explain the phenomenon behind this argument; that of the puddle. This analogy is centered around a puddle of rainwater. The puddle thinks to itself “this indentation in the ground was made for me especially, or I would not fit in so ideally.” However, the puddle formed the way it did because the indentation in the ground was there, the puddle formed in the indentation, the indentation dictating its form. The same is true for human beings in nature. when we look at forests, grass plains, shrubbery etc. We might get the distinct feeling that these things were made for us, placed there for our benefits, its fruits made to feed us. It has its logic, to be honest, as it helps sustain our lives and provide countless benefits. The same reasoning, however, forgoes the countless more inedible plants, deadly animals, poisons and gasses that naturally occur. The perception of intelligence behind this supposed creation, originates from the fact that nature is highly sustainable. Because us humans have thus far failed to create anything truly sustainable. To create something truly sustainable, would be an amazing feat of engineering. This is why it seems s appealing to ascribe that feat of engineering to a superior mind, a creator. a god. However, there is no objective reason for this, as the theory of evolution tells us. It is perhaps the most elegant part of evolution, that sustainability arises from lack of sustainability. That those life forms that are unsustainable fade away or evolve, to keep the sustainability of nature itself at a fairly consequent level.

To conclude the part of the watchmaker, I would like to state briefly that the argument is cheating. A watch contains at least a number of metal parts, as it must contain cogs and springs. Metal is not encountered in its refined form in nature. The argument therefore misleads its recipient, as the mental image encountered while treating this argument, is often that of a metal watch, which would indeed help us to assume a fellow human made the watch.

A more honest example to use in this argument, would be that of a refined walking stick; it has it’s ties to nature by being made of wood, yet it has been refined to show the touch of a human being. Odds are that this argument would be received with less enthusiasm, and bring about a number of different conclusions. 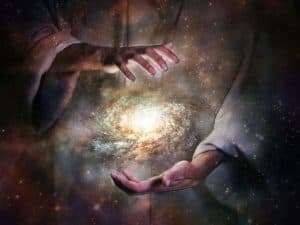 Another argument we often encounter, that is closely related to the watchmaker argument, is often not considered to be a separate argument, or at least it isn’t treated as one, yet it mostly follows the establishment of a creator. The argument elevates the watchmaker to the level of an artist and it goes a little like this: “If God created the universe, our planet and us, he can destroy it all and still be morally perfect; the artist can destroy his own art, without being a bad person.”

It should be immediately apparent that this is not a valid comparison. Artwork is inanimate, non living matter, arranged in an aesthetically more or less pleasing way, while the creation this god is supposed to have engineered is a universe, containing at least one planet with sentient life. In the case of god as an artist and humanity as his artwork, we forgo on the negative consequences the destruction of the artwork will have for the artwork itself. It thus has to have moral ramifications as long as the artwork is, has or contains consciousness (see also; cogniscism, a secular moral system).

The second way this argument falls flat on its face, is simple ethics. That you can create something does not absolve you from the responsibility to treat it ethically, in accordance to its level of consciousness. This is the reason we have laws on the minimal requirements of good treatment for both infants and pets. A being that possesses at least a modicum of awareness, will be able to register the way it is being treated, or to register the negative effects of such treatment. This means the moral scale is affected, as both beings are affected in their well being. A moral consideration then follows, which we can use to form a moral verdict of sorts.

Another interesting factor is the fact that god and humanity would be interdependent. God receives validity by its creation, the creation is dependent on god’s good will to allow them to live. How does god receive validity through its creation, you might ask. Well, that’s fairly simple; A god is called a god because it has given rise to at least one universe, world or species. Were a god exist that did not give rise to any such subjects, we are basically talking about a powerful ghost. To have god destroy the world, would be to end god’s divinity.

So, as we see, not only is god in its essence limited, it has to be bound to a form of human morality, leading us right back to the problem of evil.

I am a 25-year old worker in social care. I was raised catholic up to the eighth year of my life, when the disbelief and frustration of me and my brother, along with changes in the church, caused me and my family to leave the church.

Ever since I was twelve, I have been interested in the god question and politics. In discussing these things, my interests have expanded significantly into the realms of science and philosophy. These handed me the tools to distinguish myself as a thinker, rather then the crazy man in the streets.

And now, I am here. My aim will be to provide thought-provoking pieces that invite the reader to join me on a journey to investigate truth, morality and whatever might cross our path. In doing this, I hooe to convey and transfer my near limitless excitement and interest in the subject at hand and grow together into more understanding, loving and wise people. 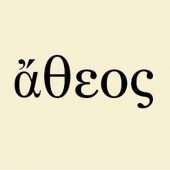 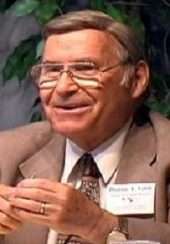 Comments (2) on “Dismantling the watchmaker”