Home / Philosophy / Religion / The God of Nothing and Nowhere

The God of Nothing and Nowhere 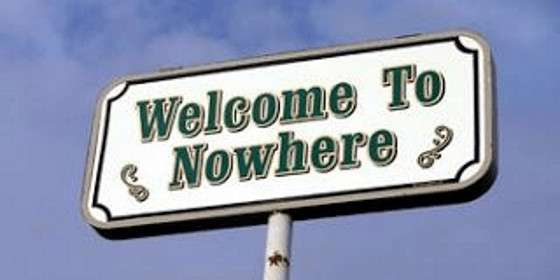 The God of Nothing and Nowhere

This is, of course, an attempt to narrow the definition down to one where only God can be posited as the answer. The concept of God is defined in such a way so as to make it a plausible answer to the question of how a universe could arise from a literal absence of everything. We have no real evidence that there was ever a complete absence of everything of course. However, for the sake of argument let us accept this claim, that before existence there was absolute non-existence. Also for the sake of argument let us accept the claim that Krauss’ argument is equivocation and an attempt to redefine the word. Let us assume that there was at one time absolute non-existence. That there was literally nowhere and absolute nothingness before somewhere and something was created by God.

Imagine for a moment what absolute non-existence would be like. Imagine what a complete absence of everything would be. It would mean that absolutely nowhere existed, and absolutely nothing existed. Herein lies the first problem with the claim by the believer. They also claim that God has existed eternally. That there has never been a time that God did not exist. Which also means that by their own definition there has never truly been something that could be termed as ‘non-existence’, there has always been ‘something’. That ‘something’ being God. Which means that they too are guilty of the very things that they accuse Krauss of. They are not beginning with a nothing that is an absolute absence of everything, they are beginning with ‘something’.

They are also guilty of a special pleading fallacy. For they are guilty of declaring that every explanation must begin with an absolute absence of everything, a literal nothing, apart from their own. They are allowed to begin with a ‘something’.

Imagine for a moment what it would be like for there to be literally nowhere, for there to literally be an absence of everywhere. It is a hard task, for we are beings bound by place, and by existence, and by somewhere. But think about what it would be like. There would be no ‘inside’, no ‘outside’, no ‘dimension’, no ‘existence’. Believers often like to cite the argument that God exists ‘outside of the universe’, but with an absolute absence of everywhere this becomes a meaningless and incoherent claim. As for there to be an outside of the universe there needs to be somewhere else, God needs to be somewhere else. There was nowhere for God to be.

An objection could be raised here that God existed in ‘Heaven’, or another dimension. However, that means that there was somewhere else, and that means that the argument starts from ‘somewhere’. An objection could be raised that God created ‘Heaven’ before creating the universe, and therefore had a ‘somewhere’ to be when he was ‘outside the universe’. But where was God when he created ‘Heaven’? If God needs to be outside of his creation, then God needed somewhere else to exist to be outside of ‘Heaven’. Just as the believer declares Krauss must do, so to does the believer need to begin with absolutely nowhere in existence first.

So then let us focus on ‘nowhere’ rather than ‘somewhere’, for regardless of whatever ‘somewhere’ we put God before creating the universe, God must have began from ‘nowhere’. For the believer argues that the only thing that has existed eternally has been God, and only God. So unless God is a ‘somewhere’ there could only have been ‘nowhere’. What then would this mean?

An objection will be raised here that the argument commits a ‘category error’. That God is an immaterial being, and is therefore not limited by the things a material being is limited by, such as the need for the space. The logic is akin to the idea that because God is immaterial it means he is made of nothing, and therefore can exist in nothing. However, this objection confronts a strawman of the argument being made. The argument is not attempting to limit God by declaring that he must take up space, nor that God needs space in order to exist. This objection misses the nuance of the argument in that God needs somewhere to exist. That it is not possible for a being to exist in non-existence, or to exist nowhere and to still be an existent being. It is an objection to the category definition of an immaterial being, it is a declaration that the definition is incoherent. Even if the definition declares that it can exist in non-existence, or can exist with a complete absence of everywhere, the definition is faulty and is logically incoherent.

A Being Unlike Any Other

Another objection that will be raised is one based on the concept itself, and how it is defined and how its attributes are defined. The believer is often heard to say that ‘God is unlike any other’. That he is not bound by things like space, and time, and locality; and that words such as ‘inside’ and ‘outside’ are meaningless when it comes to God. However, this still does not overcome the problem presented here. It is simply an attempt to define the problem away without confronting the argument. The claim that God is omnipotent and therefore capable of anything does not save the concept here either.

For the theological definition of ‘omnipotence’ defines God as being capable of ‘all things logically possible’. It is defined this way in order to overcome questions such as ‘can God create a rock so heavy that he cannot lift it?’. It is a definition designed to enable the believer to disregard certain ‘gotcha’ kind of questions that the non-believer may ask. It is this definition that also limits God’s ability to exist in non-existence, and to exist nowhere and still be real. For these things are not logically possible, regardless of other attributes assigned to God, and therefore beyond the remit of the omnipotence of God.

It is also often declared that God is a ‘non-contingent’ being, or to speak of it another way, God is not reliant on anything for his existence. Therefore this argument is invalid because it makes God contingent, it makes God’s existence reliant on somewhere for him to exist. Again though, this is simply an objection designed to dismiss the argument rather than confront it. The argument is an objection to the idea that God is not contingent on anything, and does not rely on anything else for his existence. The argument shows that, regardless of how the believer may define God that God is reliant on somewhere to exist in order to be logically coherent.

So as we can see, the objections raised to arguments such as Krauss’ are actually a form of special pleading. For the objections raised against Krauss’ version of ‘nothing’ also hold true for the believers version of ‘nothing’, yet they make allowances for their god, and even attempt to define their God into being the answer. We can also see that when we change the argument from ‘nothing’ to ‘nowhere’ the God claim becomes incoherent, and does not overcome the same problems that the believer declares that others must overcome. We can see too that the definition of God, and attributes assigned to God, do not actually overcome the problem that occurs when it is demanded that we begin with a complete absence of everywhere, the literal nowhere. It is simply an incoherent claim when it is claimed that God exists in non-existence, or God existed nowhere in the beginning. It is not that they object to an answer like Krauss’, it is that they object to an answer that isn’t their god. Yet their god does not seem to be the answer they are looking for according to their own stipulations.