Is the Qu’ran perfect? 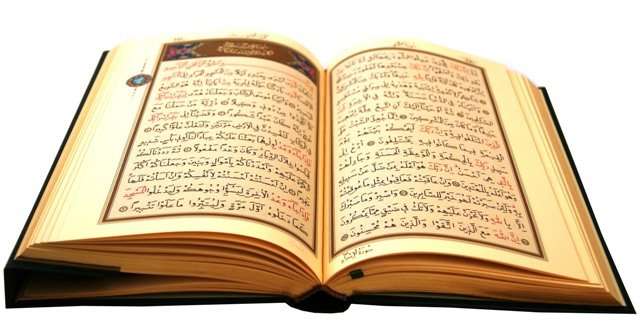 Amongst the many claims about proof of divinity in Islam, the Qu’ran is held up as one. Many aspects of it are put forward, such as its eloquence, its failure to conform to common literary standards of the time, it’s grammatically perfect, and much more. One of the more ambiguous, and arguably most important, is that it is simply ‘perfect’; that no error can be found in it. How does one objectively measure a standard of perfection in a book though?

Luckily, as mentioned previously, there are many claims about the miraculous nature of the Qu’ran. There is of course the claim that the Qu’ran contains perfect grammar. There are arguments on both sides of the fence, by very educated people, and that’s where we will leave that argument, as it is not the argument we will be discussing. Even if we concede perfect grammar the Qu’ran is still flawed. Which is true for all other arguments for ‘perfection’ that can be made about the Qu’ran, for it could be perfect in almost every other superficial way and still be fundamentally flawed. Which is why for this argument we shall be looking at whether or not the Qu’ran fulfills its ‘purpose’, for can a tool that does not fulfill its purpose really be considered ‘perfect’?

Well that, unfortunately, is all down to how you interpret an effective guide for humanity; as it is a very subjective opinion. There is much that the Qu’ran attempts to guide us in. There is law, science, morality, government, taxation, inheritance and much more. To discuss its effectiveness in each of these areas would be very time consuming, and again, it would become subjective. The very existence of apologetics covering all of the topics and questions raised is evidence enough that the topic is one of a personal nature.

However, we could argue that its ability in each individual area is a secondary argument. What we must first look at is the ability of the Qu’ran to effectively share the information contained in the book. As the Qu’ran could be considered an instruction manual, it is by these standards that we must judge it. This argument is also strengthened by the subjective nature of the other arguments. For if an instruction book can be interpreted in many different ways, some of them in complete conflict with each other, and all can be supported by arguments from the Qu’ran itself, then it is not an effective guide or instruction book.

The answer to that question of course is no, it could not be considered perfect any more than a car that cannot drive efficiently could not be considered perfect. If perfection is without flaw, and the Qu’ran cannot effectively guide as it is supposed to, then the Qu’ran is flawed and therefore not perfect. It becomes even more imperfect when you consider the threats that it brazenly throws around about eternal suffering for not believing it. A guide that threatens us with eternal torture for its own mistakes is imperfect.

This also means that the Qu’ran fails in its second purpose, that of being the last revelation of the creator of the universe to humanity. For if it needs clarification, then it cannot be considered perfect as a final revelation. A final revelation would clearly and concisely lay itself out, especially if the being knew the future of the book, and how it would be misinterpreted, when he was writing it. It makes both the guide and the writer of the guide imperfect, which also effectively counters the argument that Allah is perfect in all of his attributes. A perfect intelligence would know these were flaws and repair them before releasing them and declaring them ‘perfect’.

Of course not, for that would be a contradiction. A flawed object cannot be considered without flaw. Therefore the only conclusion we can draw about the Qu’ran is that it does not fulfill its purpose even at the most basic level. Therefore the answer to the question of whether or not the Qu’ran is perfect is no, it is far from perfect.

1 Response to Is the Qu’ran perfect?