Religious Apologetics – The Science of Excuses 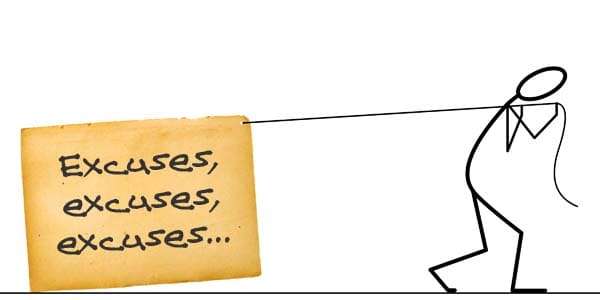 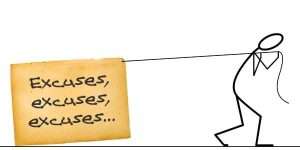 Apologetics may be simply defined as the defense of the faith. The simplicity of this definition, however, masks the complexity of the problem of defining apologetics. It turns out that a diversity of approaches has been taken to defining the meaning, scope, and purpose of apologetics.

From Apologia to Apologetics

The word “apologetics” derives from the Greek word apologia, which was originally used of a speech of defense or an answer given in reply. In ancient Athens it referred to a defense made in the courtroom as part of the normal judicial procedure. After the accusation, the defendant was allowed to refute the charges with a defense or reply (apologia). The accused would attempt to “speak away” (apo—away, logia—speech) the accusation. The classic example of such an apologia was Socrates’ defense against the charge of preaching strange gods, a defense retold by his most famous pupil, Plato, in a dialogue called The Apology (in Greek, hē apologia). 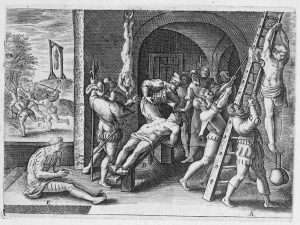 There is much to be learned from the way in which a societyseeks to limit the choices of its members, particularly in the contentiousfield of religion. Medieval Europe is a good case in point, because atfirst sight the ideological blanket of ‘Christendom’ thrown over thecontinent disguises both the diversity of belief and the responses to thatdiversity. Theoretically the medieval Christian Church was a monopoly based on exclusive interpretation of the Bible through the works of theChurch fathers and the legislation of Councils. The heretic was a dissenter and must be silenced by any means necessary. It was not OK to question the religious movement local to you. Why was this? Well because the apologetics knew that their preconceived scripts would not stand up to questioning.

I am not going to go into gory detail in this article, perhaps I just had an idea for a future piece but I will link here to a couple of pieces regarding various methods employed by various religious cults and their sects for daring to question or deny their god(s)     Christianity  Islam  Video here if you are not much of a reader

Times They Are A Changing

Well for the most part, I would not stand up in the streets in Lahore or Riyadh and start questioning the existence of Allah or start asking for evidence that Muhammed travelled to heaven on a Buraq for fear of an horific public and on the spot execution, but in many countries now atheists can finally stand up and engage in civil(ish) discourse with apologists and call them out on their quite feeble arguments which used to placate the general masses. We can expose their shill “scientists” such as Jason Lisle who will present half truths, or just outright lies in order to mislead theists that may not be so well versed in the sciences. They see his PhD status and take his comments as “gospel” even though it flies in the face of scientific consensus, but this is just a way to confirm their bias and bolster their irrational belief. You can watch ICR’s Prof Jason Lisle being debunked here. The late Duane Gish was another hookey professor that had no problem bending the truth in order to uphold apologetic arguments attempting to give credence to religious claims using “science”. I debunked one of Gish’s articles from ICR here.

And what we are seeing is all of the apologists being debunked one by one. Their once sacred arguments like William Lane Craigs re-hash of Thomas Aquinas’ 5 Arguments For God being stripped apart and shown to be the illogical presuppositional nonsense that it is.  We see people like Hamza Tzortzis, who was Europe’s leading proponent of the miracle like nature of Quran write a public letter debunking his previous arguments after spending time working in labs with actual scientists to see how the claims of islamic scholars gone by do not hold up to questioning. He also applies logic to his original claims and shows how his older arguments are self refuting. For more on Hamza’s U-turn click here.

In the age of information the religious apologist has to lie and hope the listeners dont fact check. They rely on a less educated audience lapping up their lies and passing it down the generations. Hopefully the Modern Heresey Movement combined with the Information Age, YouTube,  can be more than just a thorn in their sides and maybe one day tumble this abhorrent abomination of liars, cheats and charlatans. Hopefully here at www.answers-in-reason.com we are making headway alongside people like AronRa, Cosmicskeptic, Holy Koolaid, misterdeity and Hemant Mehta aka Friendly Atheist to name but a few of the prominent rational thinkers exposing apologetics for what they are. Excuses!! 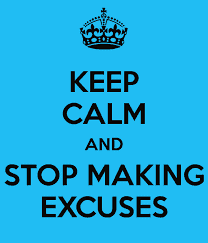 At the risk of falling foul of Godwin’s Law I am going to invoke Hitler….

What Hitler had his propaganda machine do was demonise certain groups in society. This meant that when his troops massacred said groups the German people felt nothing or very little for these people. The doctrine of religion would attempt to do the same and makes their followers desensitised towards the horrific acts of earlier followers or for that matter generations of followers to come.

The Old Testament would have the Levites butcher their families if they did not follow their one true god. This should be shocking yet religious apologetics would attempt to square this away as “not a biggy”, Jehova did warn us he was a jealous deity. it was their fault for not believing in him.

Likewise with a global flood killing all but 8 members of the same family. The entire population of the Earth were sinners, apparently including all unborn babies and children under the age of reason, not to mention all but “of every clean beast thou shalt take to thee by sevens, the male and his female: and of beasts that are not clean by two, the male and his female.” Gen 7:2

This is extreme yet the science of excuses causes people to not even bat an eyelid. Same goes for killing disobedient children, stoning a bride that was not a virgin and chopping the opposing hands and feet from an apostate. 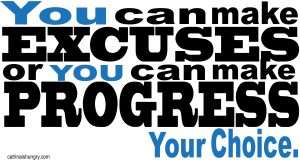 You need just look at the Statement of Faith of groups like ICR or www.answersingenesis.org

Instead of testing bible claims they take it as a starting point for scientific research, that is exactly the opposite of scientific research. It takes a conclusion and works backwards to try to manufacture situations that would fit what they need it to be. An example is humans and dinosaurs living at the same time in history. Evidence shows otherwise but lets not let facts get in the way of their mission. They clearly state that no matter what evidence appears to the contrary that they will uphold their belief. How they have the audacity to call this science is beyond me.

We have pastors like Peter LaRuffa who is immortalised on video stating that if the bible said 2+2=5 he would accept this as truth and try to find a way in his mind to “work it out and understand it”. Bill Nye’s response to this is fantastic and you can see it here. 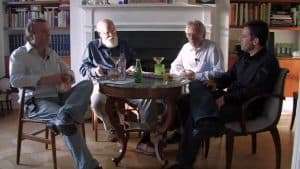 I named a few prominent atheist activists above but left off many. As a movement against the sham that is apologetics we have been blessed with many wonderfully erudite and eloquently spoken front men. Walking amongst us still we have the likes of Dawkins and Dennet, Harris and Krauss and we fondly remember the most brilliant Christopher Hitchins, may his energy transform and never be destroyed.

I would call upon any and all rational and reasoned thinkers to take to the internet and use the tools we have available to us, chat rooms, comments sections, twitter and YouTube, any platform these apologists use to spread lies and misinformation and call them out. Correct them on every video, tweet or post they make. Quote peer review, use top down logic but expose their lies. They no longer have the upper hand of outspoken “heretics” being afraid to have their say and expose them for what they are.

Join the New Age Heretic Movement, be heard and silence the charlatans. Make a difference!!

1 Response to Religious Apologetics – The Science of Excuses