Pro-Choice does not mean Pro-Abortion 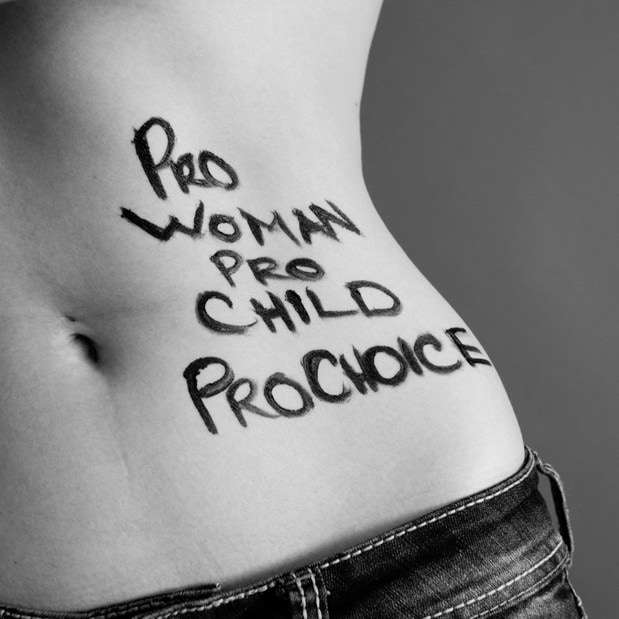 Abortion is a very sensitive topic with a lot of high charged emotions flying about. If you remove the emotional element it is easy to see either sides point, but there are a few things that should be cleared up from either perspective.

Pro-Choice does not mean Pro-Abortion

There seems to be an attitude that those who are pro-choice are pro-abortion. Almost to the point where it is thought those that are pro-choice actively seek pregnancy just to have an abortion. I find this attitude abhorrent.

Abortion has to be one of the most difficult choices anyone can make, and we really shouldn’t judge anyone for having made it. Being male it is something I am never going to have to go through, and I honestly cannot imagine what the experience is like.

I have been with someone who did have an abortion. She hated herself for doing it but knew it was the best decision. She had a bad break up, was at university, and had a stupid night that could have ruined her entire life. She made the decision to abort because she knew she would not have been able to provide for the child. Rather than sit at home claiming benefits and scraping by for the rest of her life she made the toughest decision of her life.

Should we really judge her for this decision?

Saying pro-choice is pro-abortion is like saying someone who is pro-gun is pro-massacre. 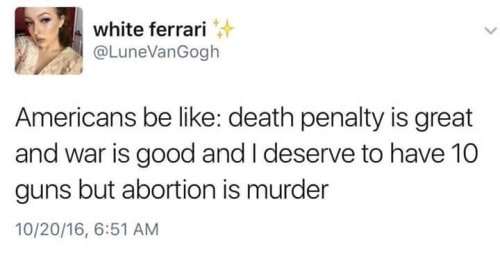 If the purpose of the gun is to protect life by potentially killing one life, is that not the same with abortion?

I’ve often heard people say abortion is murder. I can understand why one could feel that way.
The definition of murder is: the unlawful premeditated killing of one human being by another.
As abortion is legal, it does not fit in to that category. However it is illegal in some places – so is it murder in those instances?

The definition of human being is: a man, woman, or child of the species Homo sapiens, distinguished from other animals by superior mental development, power of articulate speech, and upright stance.

The definition of foetus is: an unborn or unhatched offspring of a mammal, in particular an unborn human more than eight weeks after conception.

Prior to 8 weeks it is referred to as a zygote of fertilised egg.

By the definition of human, it could be said that a foetus or zygote do not classify as a human child, much in the way a seed is not classified as a tree or a flower.

When we look at the development of a foetus we can see key stages and pain is not experienced till the third trimester.

“What we can say about the fetal nervous system is that based on the best science we have” on the neurons that carry pain signals is that the “system isn’t developed until the third trimester of pregnancy,” Davis told Live Science.

Dr Derbyshire, who is linked to pro-choice groups, said there were various stages of a foetus’ gestation at which certain parts of the body’s pain “alarm system” developed.
He concludes that pathways in the brain needed to process pain responses and hormonal stress responses are in place by 26 weeks.

“Pain becomes possible because of a psychological development that begins at birth when the baby is separated from the protected atmosphere of the womb and is stimulated into wakeful activity.”

Evidence regarding the capacity for fetal pain is limited but indicates that fetal perception of pain is unlikely before the third trimester. Little or no evidence addresses the effectiveness of direct fetal anesthetic or analgesic techniques. Similarly, limited or no data exist on the safety of such techniques for pregnant women in the context of abortion. Anesthetic techniques currently used during fetal surgery are not directly applicable to abortion procedures.

Pain is an emotional and psychological experience that requires conscious recognition of a noxious stimulus. Consequently, the capacity for conscious perception of pain can arise only after thalamocortical pathways begin to function, which may occur in the third trimester around 29 to 30 weeks’ gestational age, based on the limited data available. Small-scale histological studies of human foetuses have found that thalamocortical fibers begin to form between 23 and 30 weeks’ gestational age, but these studies did not specifically examine thalamocortical pathways active in pain perception.

What we can tell from various studies is at the stages of development abortion is performed the foetus cannot feel pain, is does not operate with a consciousness like you and I do.

In fact it would safe to say that a non-human animal’s consciousness is more developed than a human foetus.

If you are “Pro-Life” surely this goes for animals too?

Many of the Pro-Lifers I have talked to and read articles from seem to also be those who are any or all of the following:

If you are so insistent on the foetus being born, why do you suddenly stop caring about it’s life the second it actually starts?

“They shouldn’t have got pregnant in the first place!”

Really? Maybe not. How much do you know of this situation? What if they were raped? What if having the baby will kill them? What if it was an unfortunate accident? What if the educational system is so poor in the area that proper sex-ed is not taught so they were not fully aware of how the process works?

How can you make such a sweeping statement about someone’s pregnancy when you know nothing of it?

If you are truly pro-life, this should extend to post-birth, and to all humans. Perhaps even all animals on the planet.

Unfortunately so many of these questions are “refuted” easily with comments about God’s will and God’s plan. Therefore absolving the believer of all responsibility yet enforcing their views/beliefs on someone else’s body.

So what does Pro-Choice mean?

It means that you believe that women are entitled to what goes on in their bodies. It means you empathise with the hard choice they might have to make. It means you recognise that there are circumstances where it is “the lesser of two evils”.

In the UK and US it is perfectly legal to eat pork. The Jewish religion forbids them from eating pork. Jews cannot and do not demand that everyone else not eat pork.

In the UK and US it is legal for women to have an abortion. The Christian religion forbids abortion (although not in a very direct way).  Christian’s cannot but do demand everyone be against abortion even though it is their own religious belief.

Christian’s can choose to follow their beliefs or not, but expect others to be held to the same standard even though they don’t share the same belief? The additional irony with the previous statement is that even though most dietary requirements were retconned in the Bible, there are still a few that exist. For example it is suggested that the meat consumed should not contain ANY blood and Paul of Tasus notes that some devout Christians may wish to abstain from meat. There are also the various verses in regards to alcohol and when you are supposed to have what strength and how much but Christians decide to overlook them. There are more verses about the items they can cosnume than there are about homosexuality.. but they think homosexuality is “icky”, alcohol is fun and rare steak* is “yummy” so they cherry pick.
*the red in steak actually contains very little blood and is instead myoglobin, but the point still stands.

Moral judgments are not legal judgments. Your personal beliefs are yours alone.

Pro-Choice literally means you are OK with people making choices for themselves.

Against this from a religious perspective?

If you’re against from a Christian/Muslim background, consider this:

Whilst this is not what I believe as an atheist, it is what can be taken from your mythology.

Abortion is a very tough choice and an even tougher experience for those involved.

Instead of slamming those involved we should have some compassion for their situation, even if it is not something we agree with ourselves.