Home / Biology / Chemistry / Physics / Science / Much Ado About “Nothing” – A universe from an observed spontaneous occurrence!!

Much Ado About “Nothing” – A universe from an observed spontaneous occurrence!!

Much Ado About “Nothing” – A universe from an observed spontaneous occurrence!! 29th April 2016 Alan The Atheist
BiologyChemistryPhysicsScience
2 Comments
formation of universePhysicsquantumvirtual particles 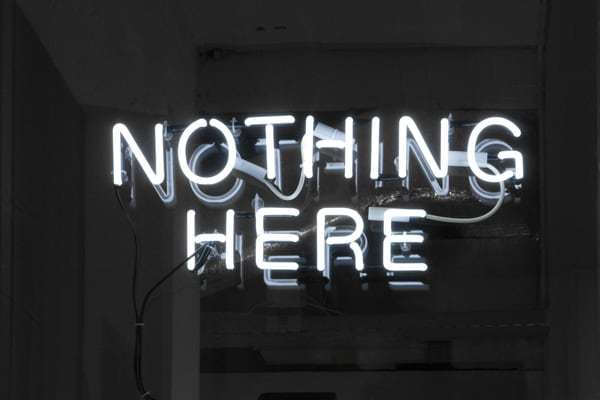 Something from perceived nothing 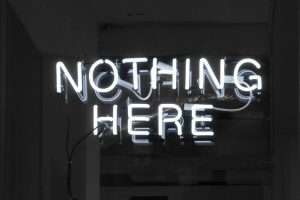 The debate on what “nothing” is rages on. Philosophers and physicists lock horns against each other, and then there is also in camp arguing between the physicists and of course between the philosophers. The experts cannot seem to agree.

So what is the problem? It is just empty space, right? Uh oh, then the space that the nothing is in is something. Damn and blast!! OK that needs a rethink.

So let’s say that Zero is nothing, let’s thrash this out mathematically.  1 – 1 = 0  we have something, we take that something away and we are left with nothing….. Why didn’t they just do that? Oh hang on I see why. If we flip this simplest of equations we have 0 = -1 + 1 which is 2 things from “nothing”…. I can see why this is tricky and we have not even approached the philosophical side of the debate. For now let’s stick to science. Let’s talk about some virtual particles.

Scientists for a long time took a vacuum to be empty space, full of nothing. As detection equipment became more advanced and sensitivity increased what they discovered is it is anything but empty space. The vacuum doesn’t hold a zero level quantum reading. Instead they saw fluctuations in the field. These fluctuations are lots of virtual particles spontaneously popping in and out of existence for brief moments of time. 1 positive and 1 negative fleeting into existence and then cancelling each other out. Magic and witchery I hear you cry, this cannot happen. Surely the Laws of Conservation of Energy tells us energy can not be created nor destroyed. WTF is going on? To answer this we must look to the quantum realm. Quantum field theory allows for tiny breaks in the laws of conservation for this to occur.

This too deserves some explanation. You have 2 kinds of logic: Classical logic and quantum logic. Classical logic is intuitive, it allows us to know if we you roll a ball down a hill into a valley with mountains of the same height the ball so long as nothing acts on it will roll up the side of the opposite mountain to a lesser height and not clear the top of the mountain. That is classical logic in effect. See an article by Kriss here using classical logic to show the abrahamic god cannot exist.

However if you release an electron in the same experiment and there is another valley with a greater slope adjacent to the original valley you are likely to find the electron in the next valley along. This is quantum logic. Not intuitive at all!! See a 1 min video here detailing this graphically.

So on the back of this, Quantum Field Theory allows for the spontaneous appearance of these virtual particles, and dont let the name fool you. The particles are very real and can be observed and measured. So much so that some have even been known to become photons and brief flashes of light are observed in a vacuum. This would usually be explained as something from nothing but as you know we do not see a Quantum 0 level in the vacuums.  Click here for a short article on the flash of light and here for a longer paper on the experiment.

Due to the weirdness of quantum mechanics, nothing transforms into something all the time. Heisenberg’s uncertainty principle states that a system can never have precisely zero energy and since energy and mass are equivalent, pairs of particles can form spontaneously as long as they annihilate one another very quickly.

The less energy such a system has, the longer it can stick around. Thanks to gravity – the only force that always attracts – the net energy balance of the universe may be as close to zero as you can get. This makes its lifespan of almost 14 billion years plausible.

So as far as I can tell in physics there is no such thing as nothing. But where does this leave us? Where are you going with this? Are there cookies?

OK there are no cookies, but I was worried I may be losing you guys and gals, and who doesn’t love cookies? By cookies I mean virtual particles. We have shown experimentally in the links above that these little bad boys appear spontaneously. No observed cause. We know the theists love to say that us atheists say that a universe came from nothing. I say there is no nothing and why should the null position be nothing when we observe there is something. It is actually the theist which purports creation  ex nilihio. Ask any believer in the Abrahamic cults what materials were used by their deity, I dare ya?

If we imagine one of these pairs were to appear spontaneously, I guess in “hyperspace” as Michio Kaku calls it before our universe existed as we know they do and apply inflation theory to one tiny virtual particle we have an expanding universe, throw in some special relativity, Big Bang Theory, Baryogenesis, Big Bang Nucleosynthesis, Nebular Hypothesis, Stellar Nucleosynthesis, Supernova Nucleosynthesis, a healthy dose of Abiogenesis and a pinch of Biological Evolution and we can plausibly explain how our universe could form naturally and all the matter and organic life. All from nothing, or not nothing, in reality!! And remember this is all using the laws of physics. Don’t forget Einstein showed 2 points where the laws of physics appear to break down, beyond the event horizon of a black hole and pre-expansion. Link to an article by Professor Mir Faisal on just this topic

So after all this logic and reason(coz we love a bit of reason here), the laws of physics most likely didn’t apply before expansion so realistically anything goes. Anything could happen. We need not worry about the laws of conservation so to assume a universe could not come from an actual nothing is unfounded. No gods required!!

A theist may argue their god existed always, I dont know if the universe always existed but if it did in some form then if we apply Ockham’s philosophical razor that we should be shaving off the deity from the 2 arguments and going with if anything existed always then it is the thing which we can observe to actually exist.

So in conclusion my heathen friends

That’s all I got for this one. Take it any way you can get it my friends!!

2 Responses to Much Ado About “Nothing” – A universe from an observed spontaneous occurrence!!