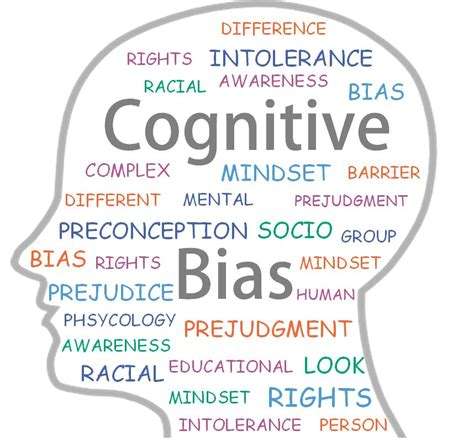 I’ve come across a lot of bias on the internet. I have even spoken at length in previous articles about Confirmation Bias, and how I have made mistakes through a cognitive bias to people I trust.

I’ve noticed in conversations with people I felt I had a mutual respect with, they are often less inclined to listen if I suggest something they don’t agree with. This is amplified if the suggestion is something that is against the general atheist consensus of something, especially if I am agreeing with a theist. I understand and am aware that my expectations of others are a form of bias in itself, and my awareness helps minimise (but not remove completely) my disappointment.

Often, the shut down will not be a reasoned one, but will be along the lines of “Well philosophy is changing the definition” or “no, it means x”, rather than actually looking at the original roots.

Language evolves as I have noted a number of times through my conflated terms series. My goal with that series is to expand on definitions, give people an idea of word roots, and which definitions are correct for particular topics.

For example when I discussed atheism, it wasn’t to say that the “lack” position was definitely wrong but to explain it is a modern position and explain why I personally found it weak.

I can understand folks not liking a particular definition, and they can quite easily provide a rational argument for why they prefer any of them.

However simply stating that “no it doesn’t mean that, it means this” is incredibly weak, and I expect more from people. Again, I am aware of this expectation bias.

So what is Cognitive Bias?

A cognitive bias is a systematic error in thinking that affects the decisions and judgements that people make. Some of these biases are related to memory. The way you remember an event may be biased for a number of reasons and that in turn can lead to biased thinking and decision-making. Other cognitive biases might be related to problems with attention. Since attention is a limited resource, people have to be selective about what they pay attention to in the world around them. Because of this, subtle biases can creep in and influence the way you see and think about the world.

Perhaps more simply put; your brain jumps to conclusions based on these biases. These conclusions are often erroneous. In fact when people refer to a cognitive bias, they are pointing out one that is wrong.

Consider it this way, in debate a fallacy is an erroneous argument. It doesn’t make the conclusion wrong but the argument itself is flawed. A cognitive bias is your brain doing the same thing. It oversimplifies and jumps to a conclusion before you have had time to fully process everything.

Why do we have Cognitive Biases?

Consider how the brain works, and how fast we access the information. We don’t touch the hot stove because we know it will burn us. In fact we might always not touch the stove just in case it is hot. Imagine if every time we saw the stove we had to re-learn this. Could you imagine if we got burned each time?

Now this is of course an oversimplification, but I feel the example lends itself well to what I am attempting to convey.

Simply put, we need these biases in place or we would never get anything done. They are a completely natural and are a combination of our knowledge and experience. Cognitive biases increase our mental efficiency by enabling us to make quick decisions without any conscious deliberation.

Perhaps another way to explain it would be with mathematics. 1 + 1 – the first time you learn this you might have 1 finger held up, then another, then count those fingers, “one, two”. There we have solved the problem. Now consider how you think about 1 + 1. You just KNOW it is two, right? A cognitive bias is basically the same thing.

So how does a Cognitive Bias form?

There are a number of ways a bias can form but ultimately it is all linked to your experience and the way your brain processes these experiences.

Like the learning that touching the stove is hot, and building a bias that all stoves are, or at least could be, hot so not to touch them, we have many experiences like this.

Lets talk about some specific biases we might have.

If we trust or respect someone, we might take their opinion without question. This first happens with teachers and parents when young, but as we grow up we might realise these people are sometimes wrong and break said bias.

The problem there is we might then lean on other scientists and philosophers and take what they say without question. Instead of looking into the whole topic we end up ascribing to the “headline culture”.

On the inverse of respect, we have a lack of respect. I see this a lot in debate between atheists and theists. There is a distinct lack of respect between either group in general, so there is a bias where either side often jumps to thinking the other is wrong.

Because of this, when discussing with atheists about the classical (not the modern) definition of atheism as a belief or how morals are objective, they instantly get defensive because these are things theists have said to them. They don’t take a moment to go, hang on, this is someone who I usually agree with on things, perhaps they have read something I haven’t… they are so used to telling a theist they are wrong for those things, they have not only formed a cognitive bias against the theist, but the concepts themselves.

You might remember us discussing this briefly at the end of Episode one of Fresh AiR.

In short, the Dunning-Kruger effect is someone having overconfidence or overestimation of ones own abilities. This usually applies to someone of lower intelligence/lower skill because they don’t know what they don’t know. However it also applies to those uninformed.

You might overestimate your own intelligence and understanding of the topic just expecting to be right.

This one is obvious, like the hot stove or the chocolate example above.

Consider having a group of friends, they all say racist things. It would not be uncommon for you to start to form a bias in your mind against this particular race.

I suspect many of us can cast our mind back to a time as children where bigoted, or at least very tribal, notions were quite common and we held opinions we are not proud of. If we really look back, I bet we don’t even know why we thought the way we did.

Are these the only ways we can form a Cognitive Bias?

It all depends on how granular you want to be with it. If you want to oversimplify it, you could say any repetitious experience with a common outcome will form a bias. Be that your parents teaching you everything you know, trying a selection of chocolate bars, suffering peer pressure or anything.

So what should I do about my potential Cognitive Bias?

Awareness is the primary thing here. Cognitive bias is perfectly natural. Many are completely harmless.

Consider the importance of the topic!

Does you thinking you prefer Cadbury’s chocolate over other chocolate without trying it really harm anyone? Will you still try another bar?

Now consider a something a bit more important. You’ve assumed a certain race will behave a certain way. This is potentially damaging either to that race, or anyone that isn’t part of that race. In this instance you need to be aware of you expectations, and that they could be wrong. Not only that, but you have to be OK with being wrong too, and not make a final judgement purely on that factor.

Consider if you were hiring someone:
Person a looked like the best candidate, most qualified/experienced, but you were bias against them.
Person b looked OK, no qualifications/experience, but you had a bias in their favour.
You could hire the wrong person based on your bias.

This wouldn’t only effect them, but their families etc. Equally hiring the wrong person and then letting them go due to not being the right person from the job in their probationary period could also have a negative impact on their family and future job prospects.

I personally think if we spent more time considering the potential harm we could do to others in each action we undertake, we would be a much happier society. Imagine if everyone considered, “Will I harm someone? Will I reduce suffering? Will this action lead to a benefit for more folks than any harm it potentially causes?” and acted on that consideration.

Sure, we might not always get it right. We will still have bias. We will still make mistakes. But we will also all be doing our best to enrich the lives of everyone else.

What about other people’s Cognitive Bias?

It is an odd phenomenon but when you point out a “cognitive bias” to someone, they often get quite defensive. I have also noted this when conveying a fallacy.

I think this is because both are frequently used in debate to discredit the other person, along with things like Dunning-Kruger. They are often used incorrectly, and equally don’t further the conversation.

Consider why you might be having this debate. Are you trying to convince someone of your position? Or at the very least further the conversation?

If you notice someone committing a fallacy, or suffering a particular bias, rather than jumping to shouting “fallacy” or “bias” try asking some probing questions. See if you can get them to realise there is part of the picture they are missing, or where the error is in their reasoning before completely discounting them. Many people are not aware of their biases or flawed augments, but attacking them will likely reaffirm them.

There is nothing wrong with Cognitive Bias as long as you are aware of it, and don’t harm others because of it.

It is fairly pointless just yelling “Cognitive Bias” in a debate, unless all you are trying to do is feel superior.

We all have biases. There will even be some we are not aware of. Do your best to double check yourself, especially on important topics.